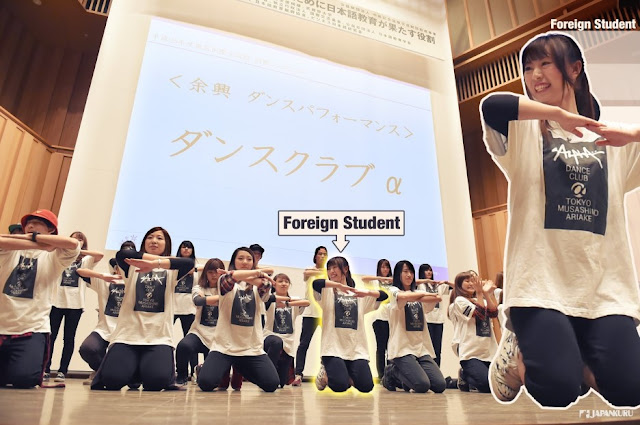 The most popular dance in Japan now!
"Koi Dance" from the popular Japanese drama

If you are also interested in watching the Japanese drama, you must have heard about the most popular drama in this winter season!

"We married as a job!" (逃げるは恥だが役に立つ) starring actress Yui Aragaki and singer-song writer Gen Hoshino, is the hottest drama in Japan now. Based on the comics with the same title, it is a love story of a girl who has no job and no boyfriend and a software programme who never has any relationship with girls. It is a love comedy that the female audiences like.

One of the reasons for its popularity is the dance that the casts dance at the end of each episode. It is called "Koi dance" (恋ダンス) which means "Love Dance".

At the end of each year, it is the season for friends and co-workers to have the "Bonenkai" (忘年会) which is a drinking party for people to forget the bad things of the past year and look to the new year! During these parties, usually small performances will be performed for fun. It is said that this "Love Dance" is the most popular performance this year!!!

Since this dance became so popular, even the U.S. Embassy Tokyo made a "Love Dance" video lately! Take a look!

Other than the U.S. Embassy, guess who are dancing this "Love Dance" too?

It is Hello Kitty and Daniel!! Who is at the back? What is he doing there?

Another video made by the macots of different areas of Japan!

One last video for you is from the robots "Pepper", even robots are dancing this "Love Dance" too!

I guess the melody of the song is in your head now! Come on! Get up and join us!!

Hope that you enjoy these funny videos and the "Love Dance"!

::: Special ::: A new and easy way to get to Sanrio Puroland to meet Hello Kitty and other characters!!

# Trendy♪ Experience at Japanese Beauty Salon! Let's come to LADY KITTY Salon at Minami-aoyama to have a new hair cut!

Wanna get more and share your Japanese stories with us? Please join us on Google+ !!
See you there! :)