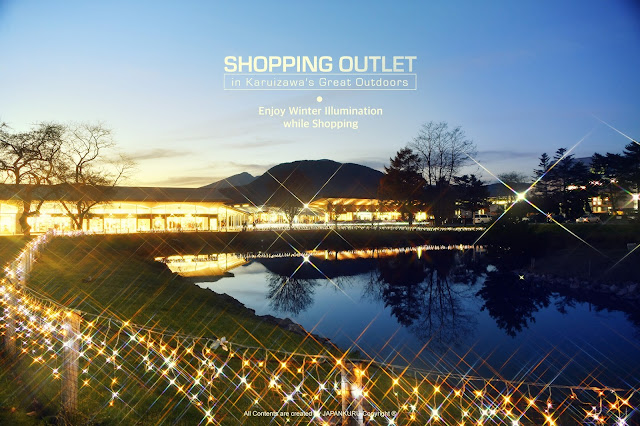 Karuizawa (軽井沢) is an upmarket mountain resort in Nagano Prefecture.
It's one of the most popular resort places in Japan,
so much that the Japanese emperor and his family
go there yearly.

There are various of outdoor activities like golf, hiking, tennis,
skiing and ice skating, and of course lot's of opportunities to shop!

Karuizawa is most beautiful in the fall
when the leaves are changing,
but it's really popular all year long.
Aside from Tokyo,
Nagano is one of our favorite places in Japan.
So during the break we took a short trip.
It's great because it's so close to Tokyo!
You can go for a day, or a couple of days!
We went when the leaves were still changing,
making it a beautiful experience!!!
We wanted toget some shopping done,
and heard that Karuizawa's shopping outlet was really famous
for being a huge outlet that's surrounded by
Nagano's beautiful mountains and trees.
So we went to check it out~★ 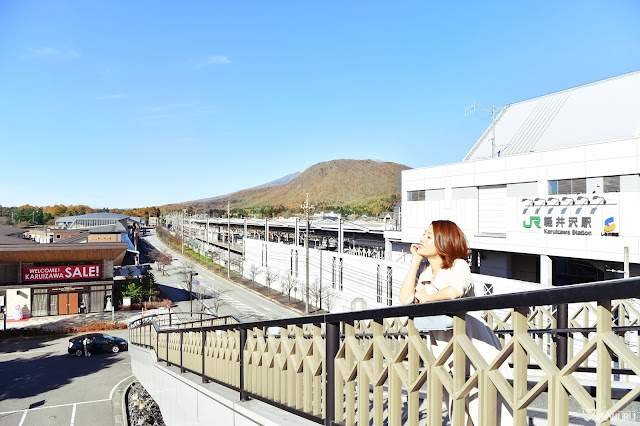 If you're using the JR Kanto Area Pass,
then it's a lot more convenient for you to come here directly!

What is JR Kanto Area Pass you ask?
It's a pass, obviously,
for foreigners that allows you to travel within Tokyo and the Kanto Region.
You can ride the shinkansen (bullet train) and local trains as much as you want until the pass expires (3 days).
It is absolutely your good partners if you plan to travel most of the popular tourist attractions like Mount Fuji, Izu, and Karuizawa.

Karuizawa is also easily accessible by bus
from most of the popular areas in Tokyo.
For example,
Shinjuku West Exit (in front of the BIC CAMERA)
or
in front of Ikebukuro Station (Cross the road from the East Exit, in front of GU).

*You can buy the ticket at Seibu bus ticket center* 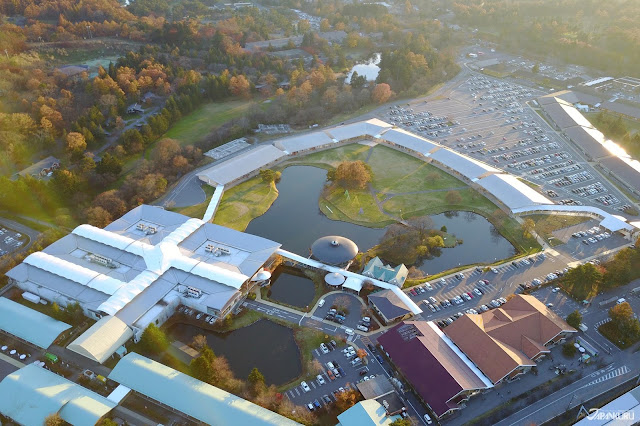 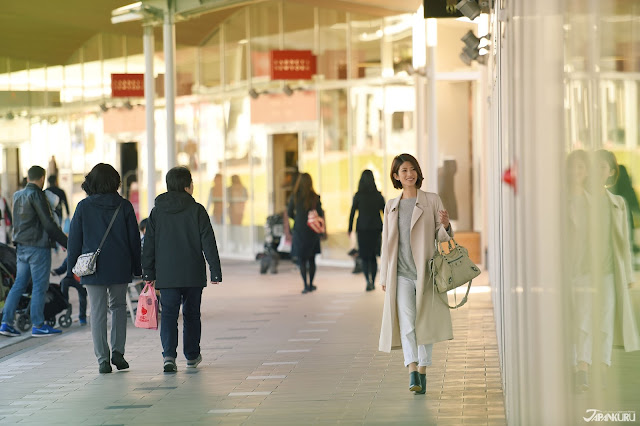 This time the stores we went to though were in the
TREE MALL, GARDEN MALL,
WEST MALL, and SOUVENIR COURT.


STARTING AT THE TREE MALL 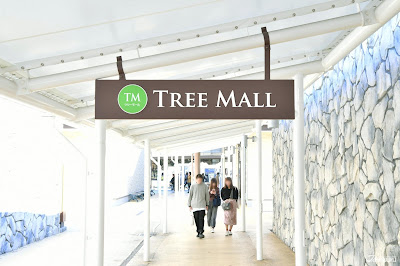 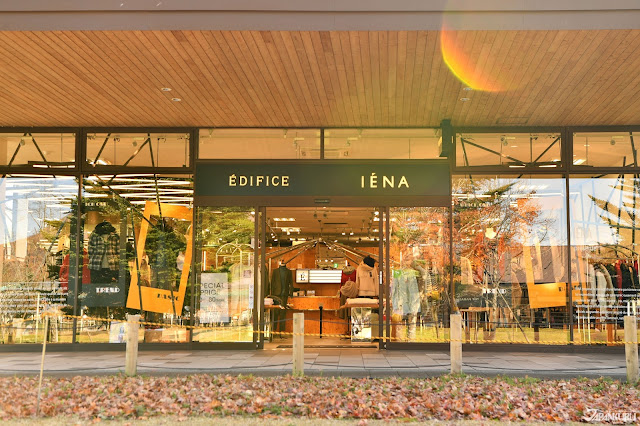 Popular brand in Japan, Edifice Iena,
is a store that offers clothes of the latest trend
mixing original and imported goods. 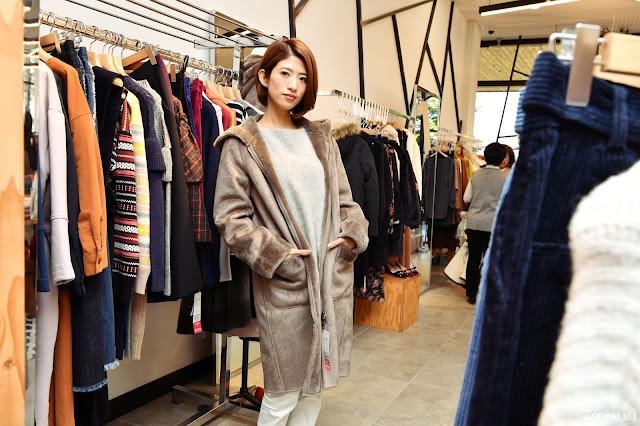 Normally these clothes would be pretty pricey,
but since it's an outlet store you get everything at a lower price.

As mentioned above,
what we really loved was the stores variety of famous
international brands available in the back of the store. 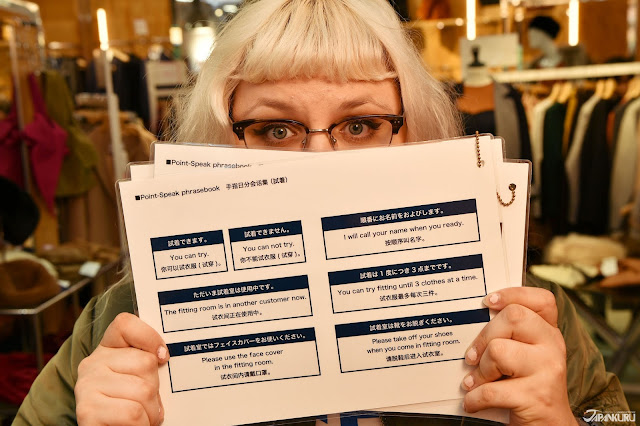 Also if you don't know Japanese,
there are phrase cards hanging outside the dressing rooms.
There are some really useful phrases,
more than the regular
"Can I try this on please?".
It's as if they really thought of every possible occasion.
Typical Japanese hospitality~✨ 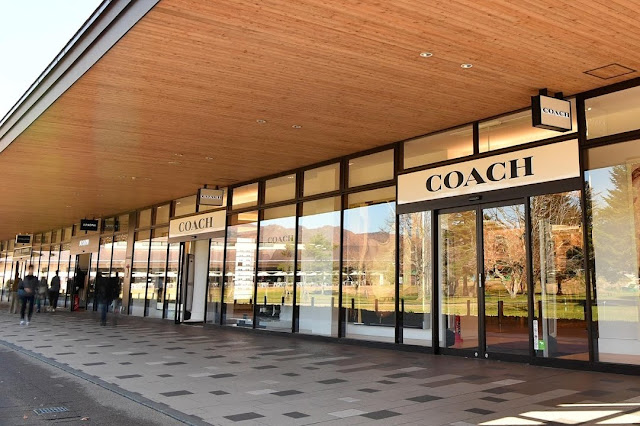 Many people know the designer brand COACH one way or another.
In Japan you can see MANY women with COACH bags and wallets.
We were curious what sort of stuff they sold
compared to America so we went to check it out. 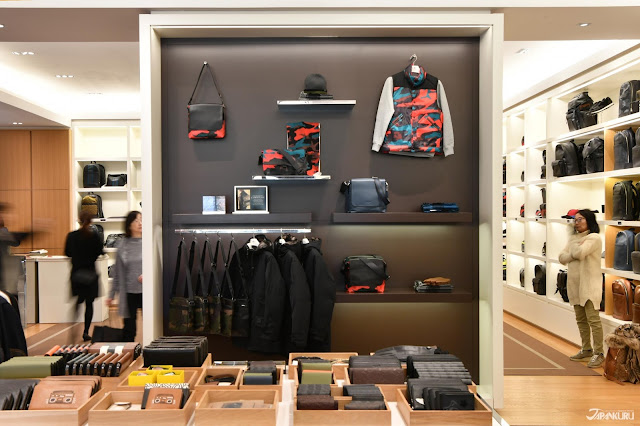 For being an outlet store,
you would think that their stock would be limited
but that wasn't the case at all.

A good variety of men's, women's, and children's apparel
along with bags, wallets, keychains and more that you can touch! 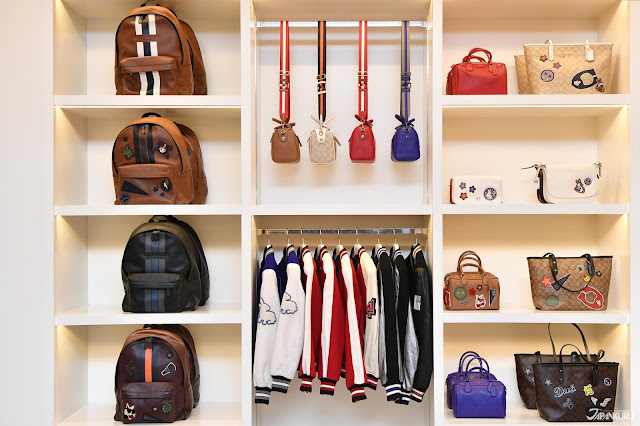 What was great though was
they had some of the lines that were sold out in America! 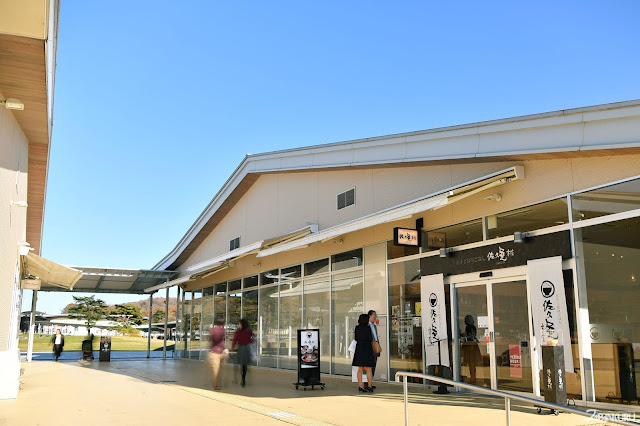 This restaurant specializes in food that uses local ingredients. 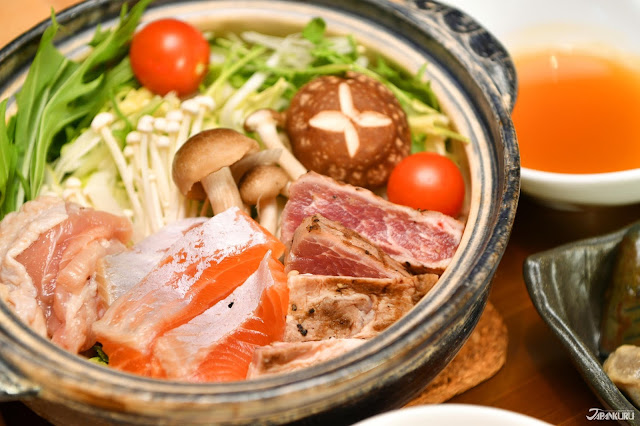 We had this places #1 menu, which happened to be hot pot that had all sorts of yummy fresh fish and local veggies.

Some other local specialties are Karuizawa origional sake
and Sakuya's very own shichimi.
It has a very distinctive taste,
still spicy but has a real earthy.
If you like it you can also buy some from here for 907yen
★Recommended sake: 夜明け前 (yoake mae, meaning before dawn)
680yen+tax 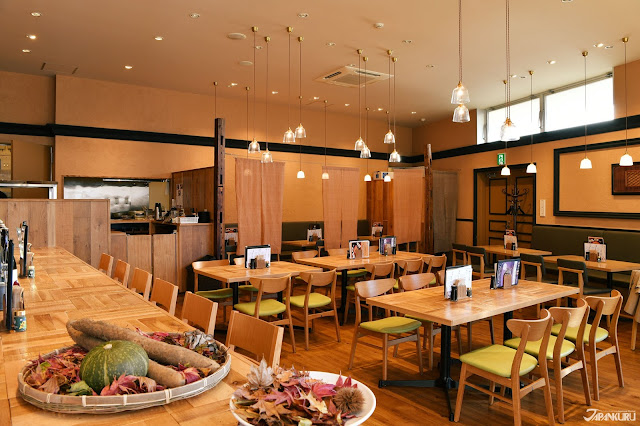 
ENDING AT THE WEST SIDE 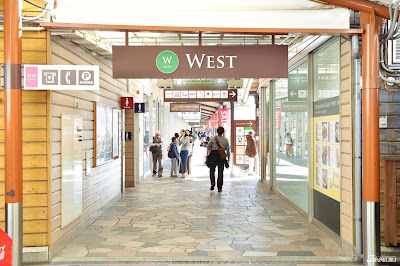 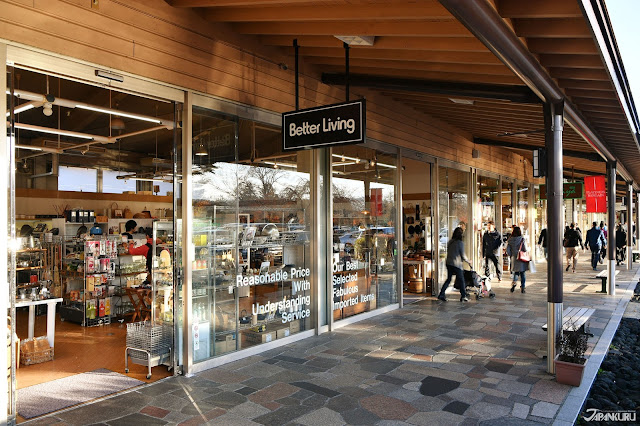 Getting older we've found ourselves
always checking out home deco/kitchenware stores.
Something about it is just really fun!
It's even more fun in another country
because you never know what sort of thing
that country sees useful, popular, and interesting. 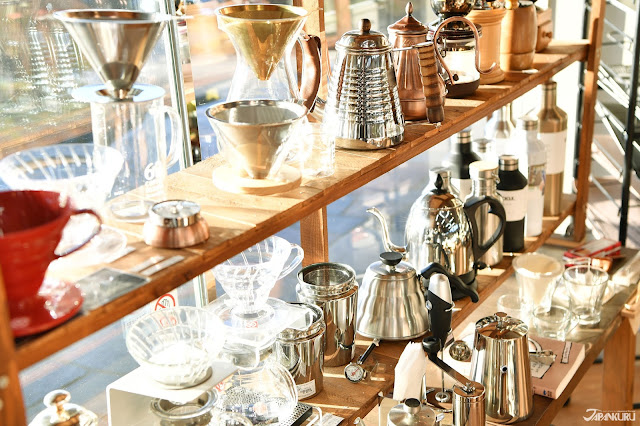 There are many ways to drink coffee
and every country has their own specific "coffee culture".
In Japan you see a lot of over pour,
so Chemex, Hario V60 Dripper, and Kalita Wave Drippers.
It's a bit funny because Japanese coffee normally isn't a very bold brew.
Here at Better Living they sell some gorgeous Gooseneck kettles
and a variety of brewers (not just the ones we mentioned).
Great for those who like brewing their own coffee. 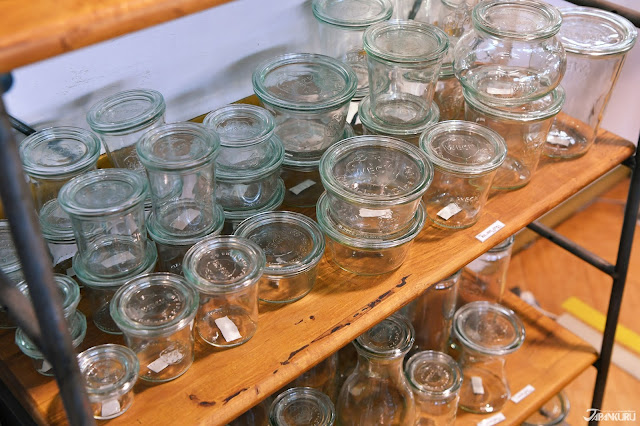 Currently in the West Mason Jars are a big thing.
Well, these aren't Mason Jars,
but they are super sturdy containers.
Basically these type of glass containers
are the "Japanese Mason Jar" in a way.
The store clerk said these are really popular
because besides the sturdiness,
there are a wide range of sizes so you can get what you really need. 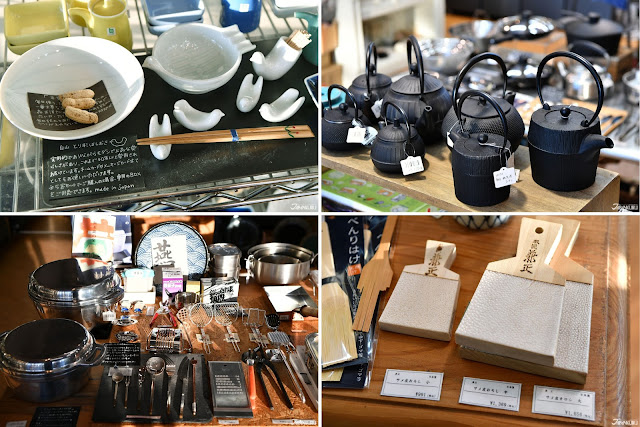 A lot of the kitchenware for sale here
were special handmade by Japanese craftsmen,
"Made in Japan" stuff.
Take the traditional grater in the bottom right corner (pic above).
It's labeled as "shark skin grater"...
is this really shark skin!?
It looks like it'd work really well though.
Even if you don't buy anything,
it's always fun to look! 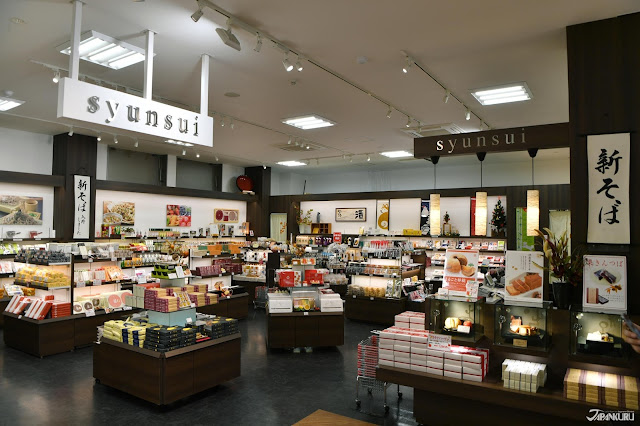 We know Nagano is famous for apples and soba,
but what about Karuizawa?
If you go to a place you want something that's special to that area.
That's why we liked Syunsui.
They sell overall Nagano goods,
but a good majority are things that are special to Karuizawa.

We asked the clerk what was most popular,
most recommended, and special to Karuizawa.
These are the things he told us:

❶
Apple Baumkuchen
Just LOOK at that!
It looks crazy good!!!
Baumkuchen is a very popular snack/dessert in Japan,
and apples are very famous in Nagano.
So it's no surprise they combined the two!!
1852yen (about $16) isn't a bad price either
when considering its size and the fact that apples are
ridiculously expensive in Japan.
When we were there though they had a deal where they were selling it for 1200yen (about $10) so maybe you guys will get luck too! 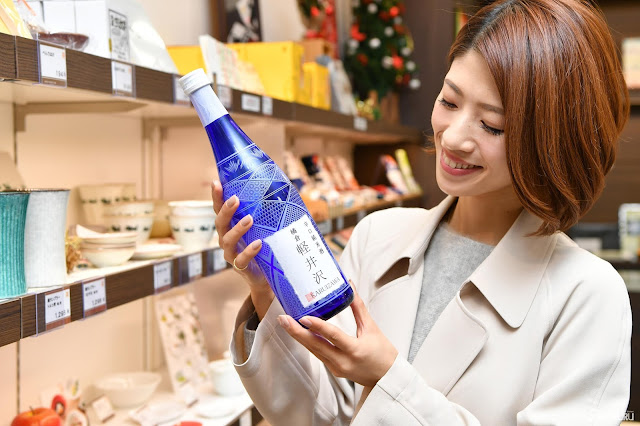 This was our favorite!!
Karuizawa sake that's bottle is decorated with the concept of Japanese pattern.
You can drink the sake and keep this pretty bottle!
We got one for our parents ^-^

Nagano has some of the best soba.
But if you don't have the right soba soup things can go wrong.
It can be overwhelming too because there are so many different soups
for different types of noodles...you don't really know what to get.
That's why the soba set is pretty helpful.
Inside contains snacks/side dishes that is special to Karuizawa.
Even MORE important if you ask a native Nagano...person
(Naganoer? Naganan? Naganoan?),
they'll tell you the "7 spices" (七味; shichimi) is a MUST!
Shichimi contains 7 different spices/chili peppers
and it's said that there isn't a single house hold in Nagano
that doesn't have shichimi.
So if anything you should buy a small can of shichimi!

If you're looking for nonfood items,
then they have a few traditional handmade handkerchiefs
and Japanese figures from Karuizawa.
They had holiday handkerchiefs too
which was something we've never seen before!

As the sun does down
the lights around Karuizawa Prince Shopping Plaza go up!
During the fall/winter Karuizawa has a special illumination
and it really does change to mood completely.
With all the mountains, ski slopes, trees and everything,
it was truly beautiful. 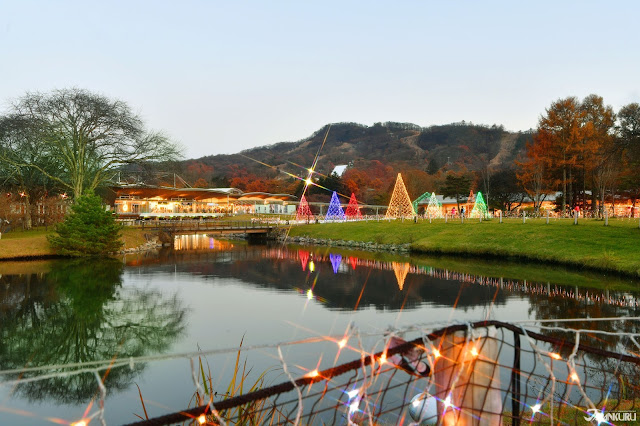 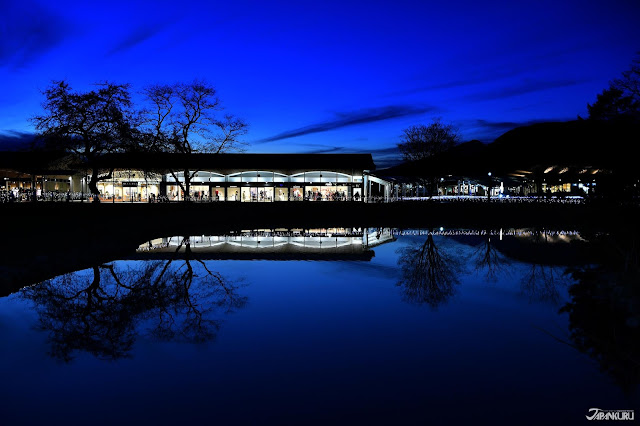 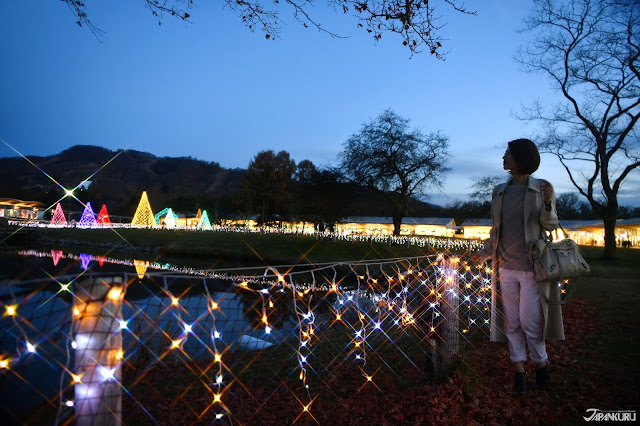 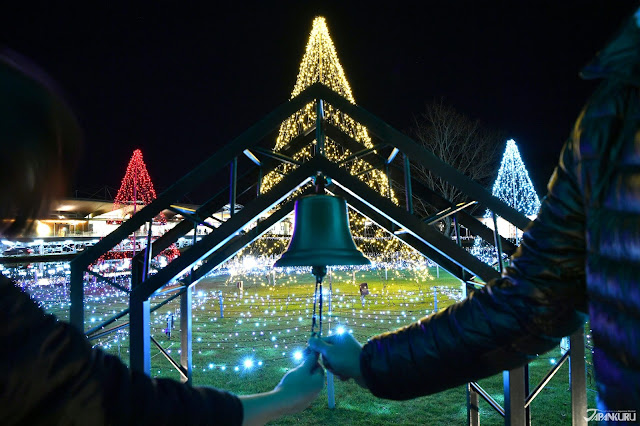 It wouldn't be an illumination event in Japan
if it didn't include a place for couples.
🐦💝Ring the bell you love birds💝🐦


There are plenty of other great shops!
These were just a few of the ones we went to that stood out.
Next time we're gonna tell you where to go
and what you can do after shopping in Karuizawa! 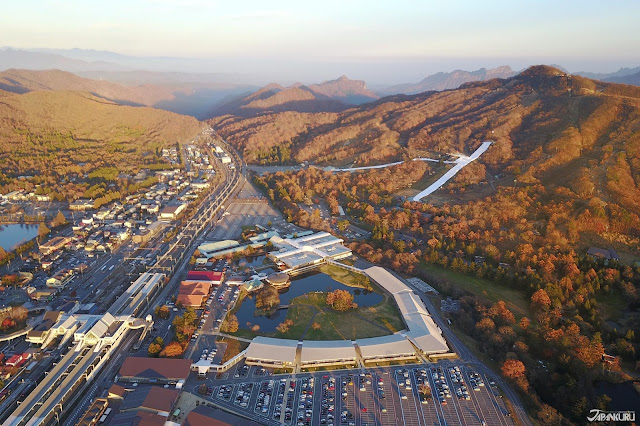 🏨 Best Place to Stay around Karuizawa? 🏨