# Foliage season in Sapporo is already over !!! 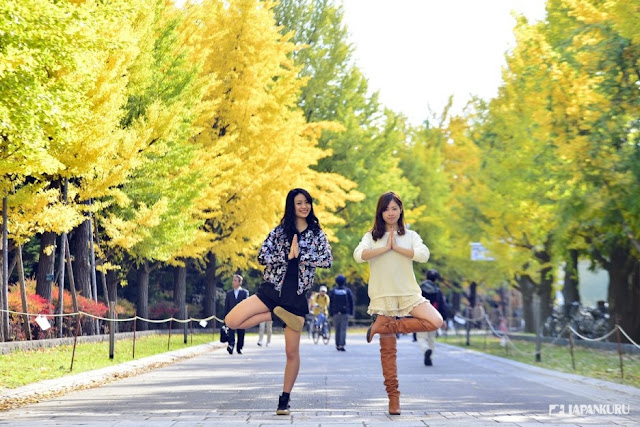 # Foliage season in Sapporo is already over !!!

Photographed on our trip to Sapporo in October,
we visited to Nakajima Park in Sapporo and you can almost feel colors of the season.
Kirin beer and delicious crab dishes, with a delight of Genghis Khan for lunch, it's not such a bad idea to make this trip just to go sightseeing into Nakajima Park

But this park truly is beautiful
If you like to feel the changing of the seasons.
We recommend this very spot, "Nakajima Park" to anyone who wants to take pretty pictures of the fall foliage. 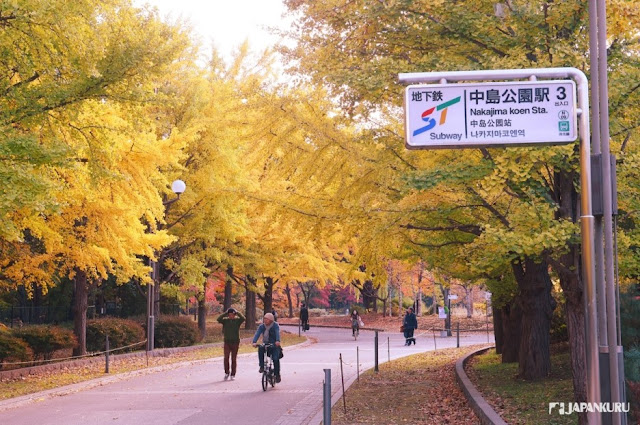 A peaceful escape from the city, within the city.
Reminiscent of Ueno park in Tokyo! 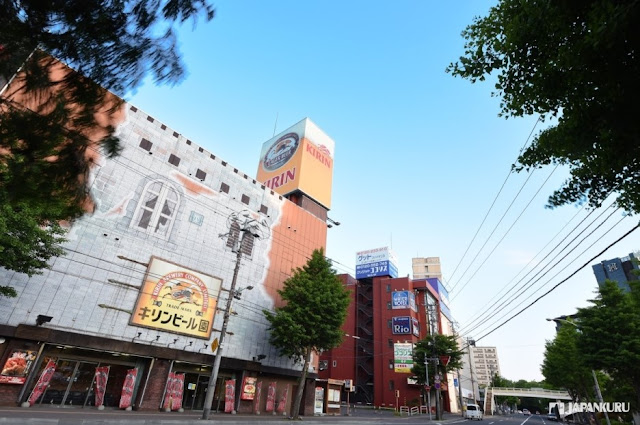 It's a little difficult to convince people to travel all the way to Hokkaido just to see a park, so instead make your visit to Hokkaido to see these interesting sights as well.
Why do people find around Nakajima Park ...?
It was just the answer on the location of the Nakajima Park. 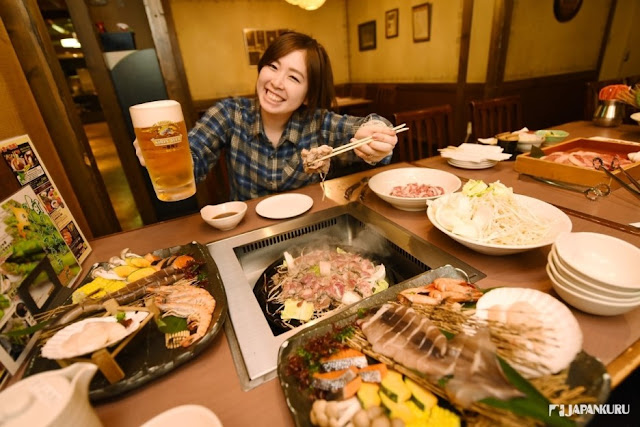 Sapporo beer hall, a grand Japanese style pub with spews of delectable dishes!
You can also taste various versions of the smooth Kirin Brewed beer of Japan and Hokkaido's own cuisine, 'Genghis Khan'. 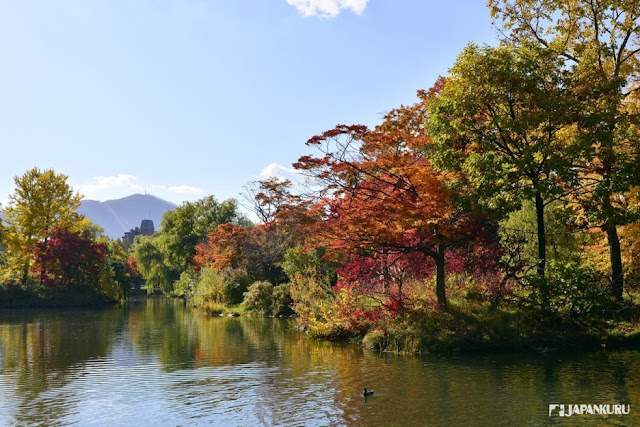 The beautiful picturesque Nakajima Park also boasts a serene lake with many birds. The appearance of the landscapes reflected in the water provide a perfect photo spot. Although around the park you are heavily rooted in downtown Sapporo, there are well maintained trails and a true atmosphere of being out in nature. 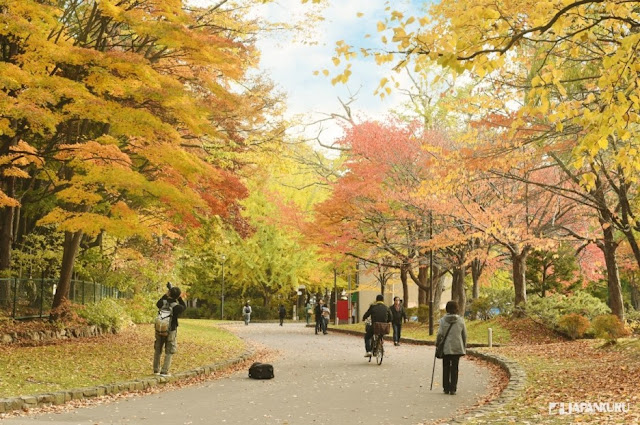 # The balance between nature and people

Just as in the picture, many people can be found taking photos of the pretty leaves.
Other than the beautiful leaves, when snow falls, a whole new level of beauty will be displayed. 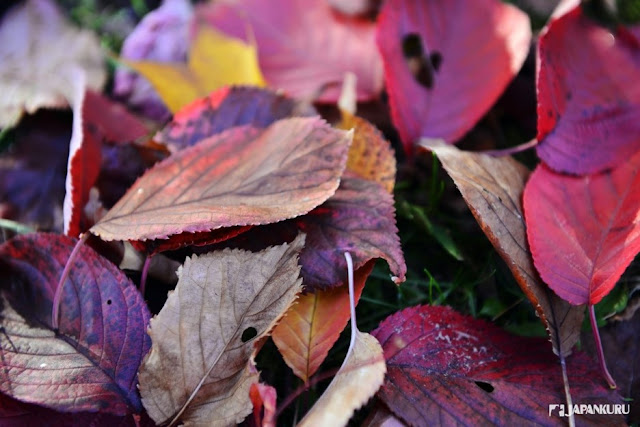 # Signs of the maple tree!

The beautiful foliage ...
A visual representation of the passage of time. The tree is going to wither as it prepares for winter but of course, it can also be interpreted as a new birth! ^^ 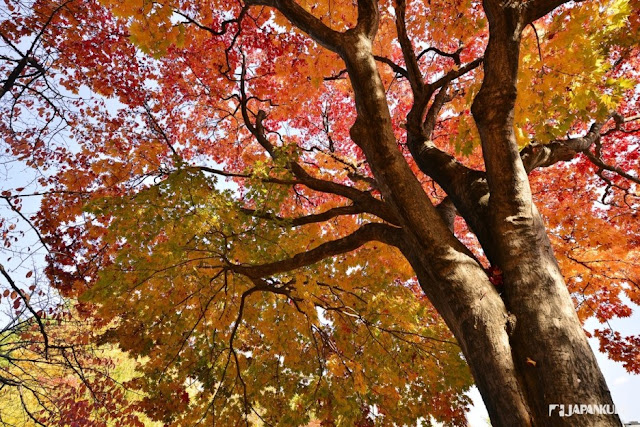 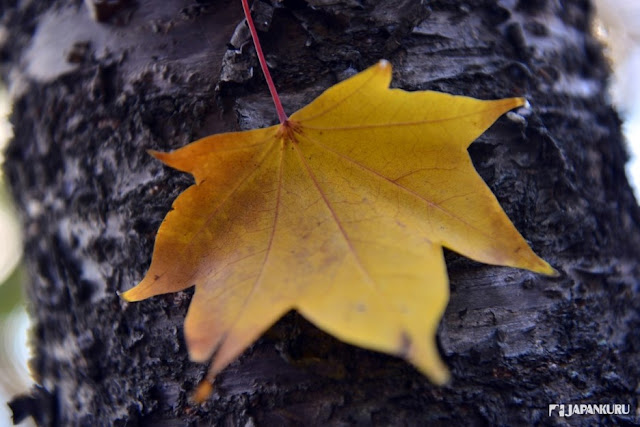 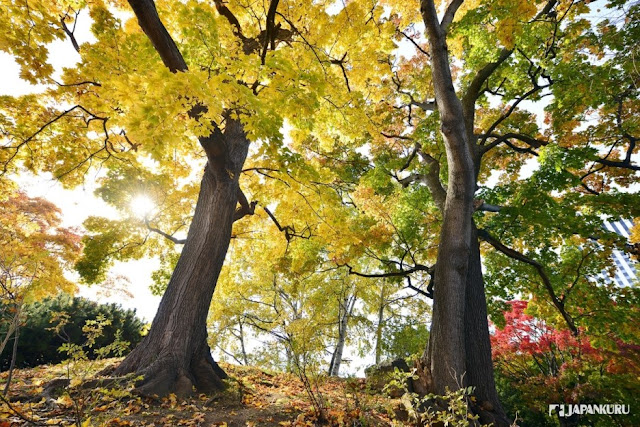 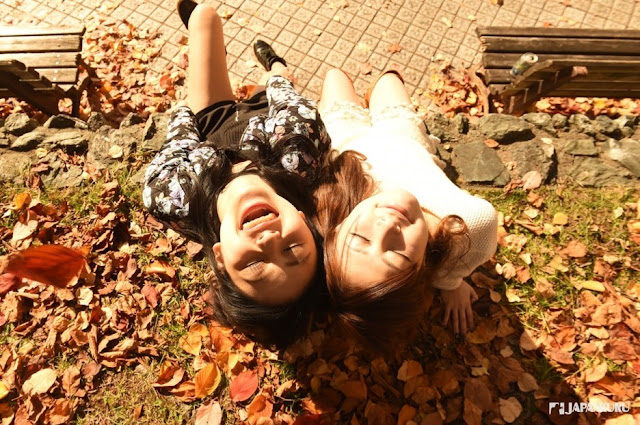 # All the leaves have fallen

Soaking in the sun as the Autumn leaves fall at your feet, the best way to spend a nice autumn afternoon! Unfortunately, these images were from Late early October and all the leaves have already fallen by now.
Typically the best time to view foliage like this is around September.
The winter snow season in Sapporo usually arrives at the end of November to early December. Considering that the Sapporo Snow Festival is held every year around the end of January, with a mid-December trip to Sapporo you'd find a Snow-white world. 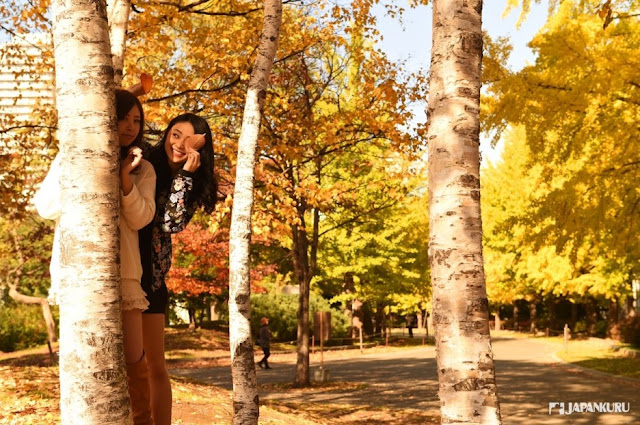 For all those who are definitely interested in fall or winter travel,
the rest of the fall travel blogs are up so
we'll be ready to travel in winter !!!

The most memorable thing during this trip to Sapporo
I met Evangelion!!
(To be continued)