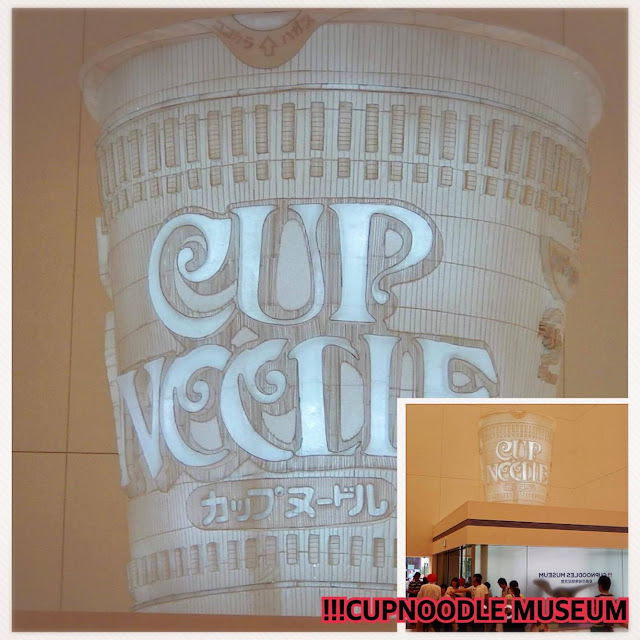 We're sure many college students in America are no stranger to cup/instant noodles. It's crazy cheap (a pack for less than a dollar), it's good (considering how cheap it is), it's filling, it's easy and fast, and doesn't require a stove or oven to prepare. So for many people, us included, it was a part of our major food groups those long 4 years.
Comparing the cup ramen in America to Japan is almost humorous. Flavors and topping you never thought of, Japan has. "You mean there's more than chicken and beef flavor?", is many peoples first reaction when they see a whole ISLE of cup noodles alone.

Since Japan's cup noodles are great and known world wide, it only makes sense there'd be a cup noodle museum in Yokohama.

🍜The Creation of Cup Noodles🍜

Cup noodles were invented by Momofuku Ando, who was actually from Taiwan, in 1958. Momofuku Ando wanted to make ramen by just adding hot water, so he stayed in his house working day and night. Eventually, he figured it out, and his first instant ramen "Chicken Ramen" was created!!! 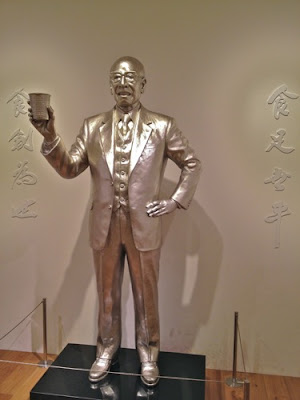 The man with the dream, Momofuku Ando

In the Momofuku Theatre, you get to watch a cute short animated film going over the history of instant ramen and how Momofuku Ando was able to create a what was seen as crazy food product. 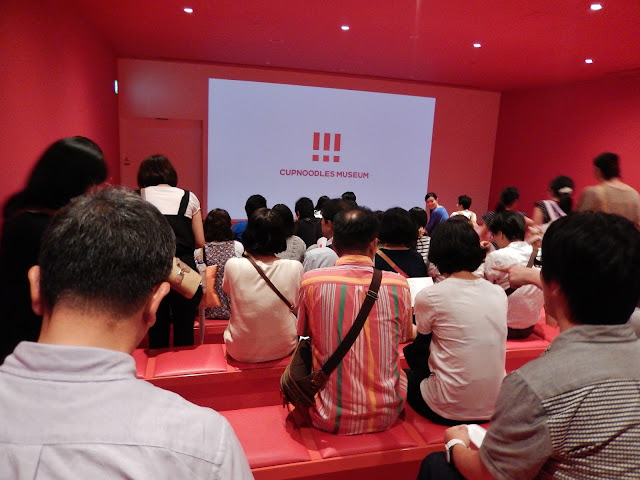 But what was probably the coolest thing in the museum was the Instant Noodles History Cube, displaying instant ramen from the very start in 1958.
They have all sorts of instant noodles, stuff some of us had never seen or heard of before, and for others (Japanese), noodles that brought back memories. 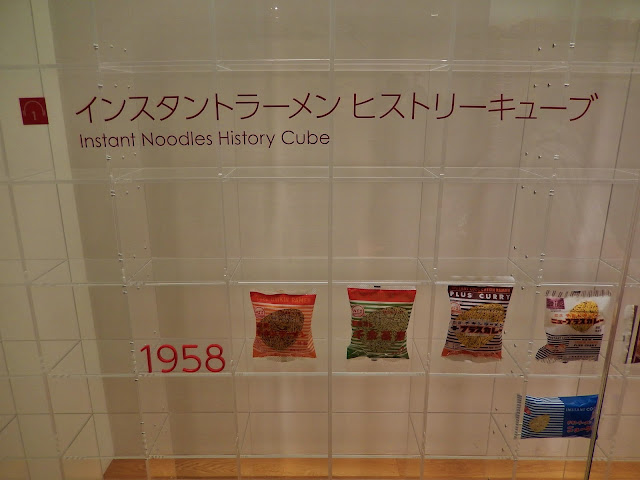 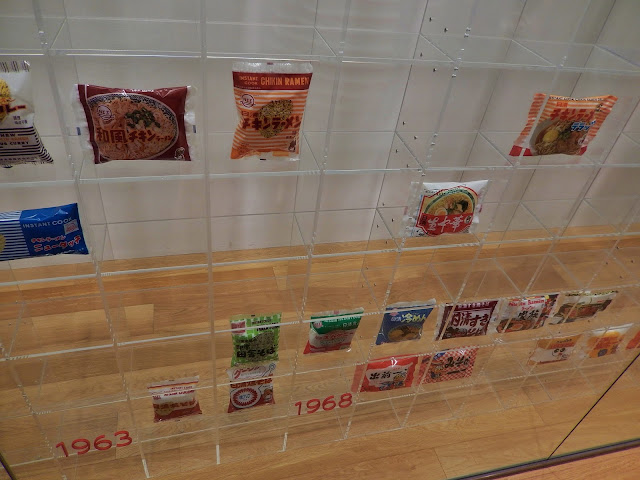 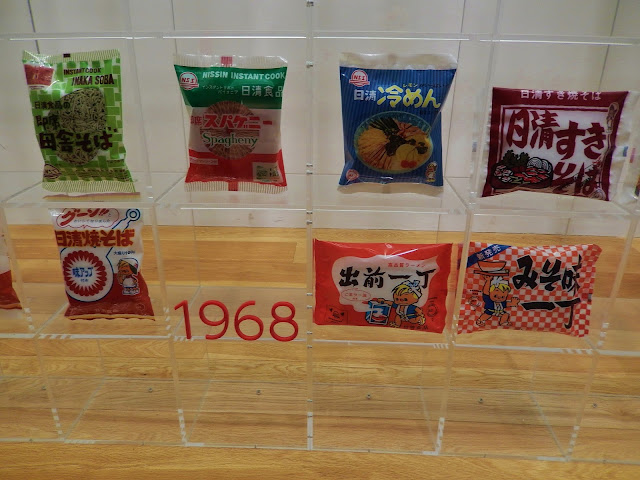 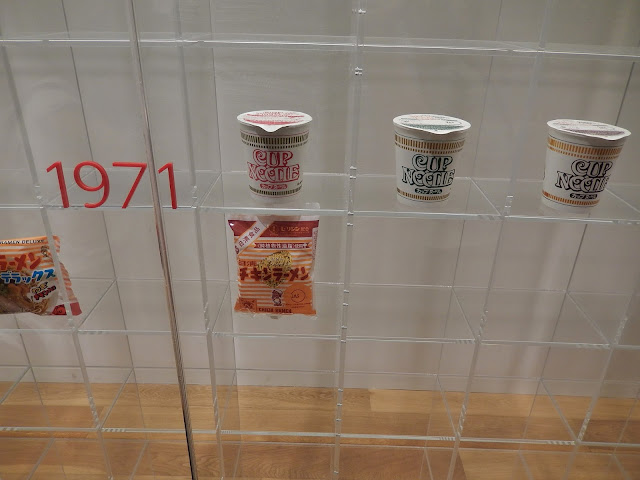 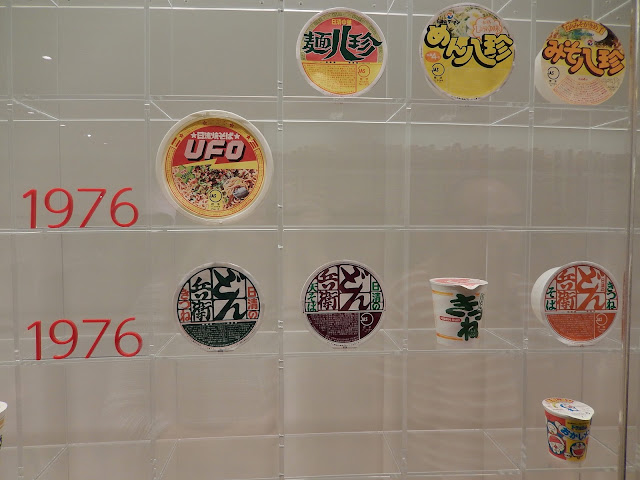 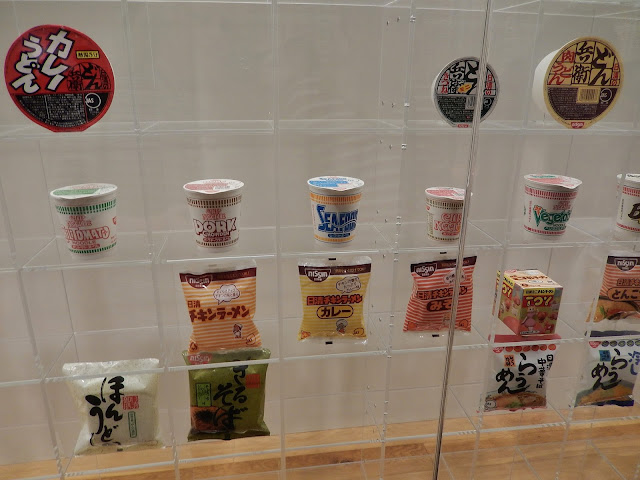 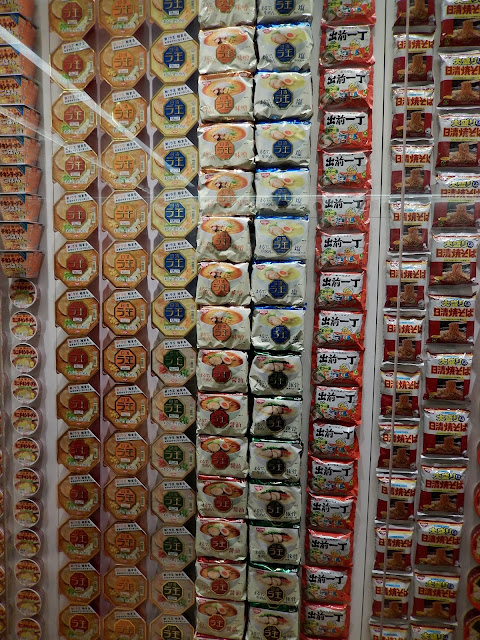 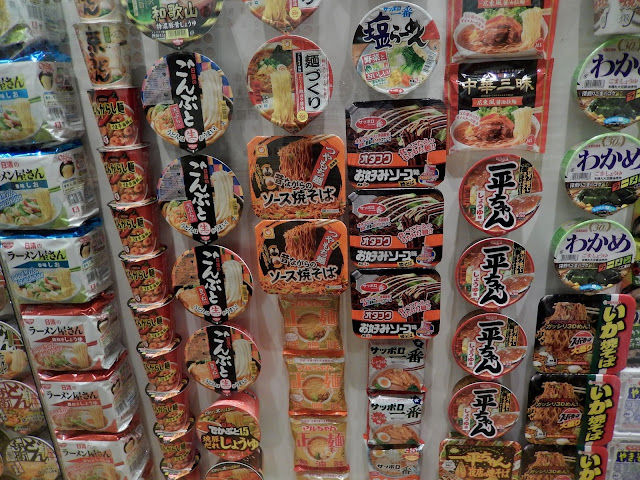 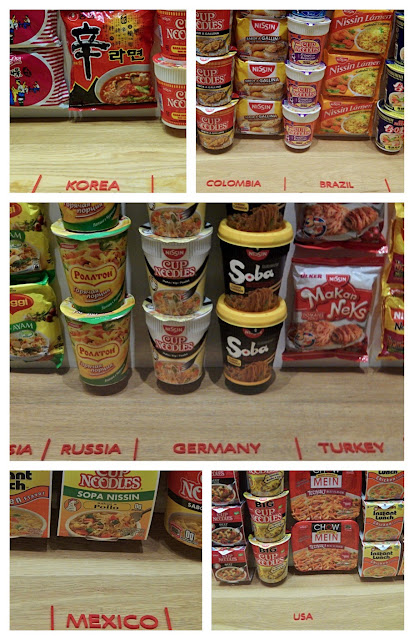 They even had cup noodles from other countries!!!
It was super neat.

There are 5 floors total, and each floor has something different to show.
However the real party is on the 3rd floor, because there beholds the factories!

lets get to making your VERY OWN cup noodles!!! 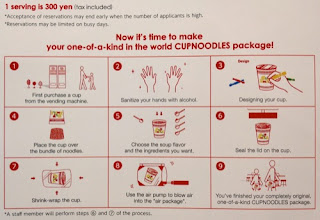 Step 3. Design your own cup

The line up and watch your cup noodles get packaged!

Step 4. Add noodles to your cup 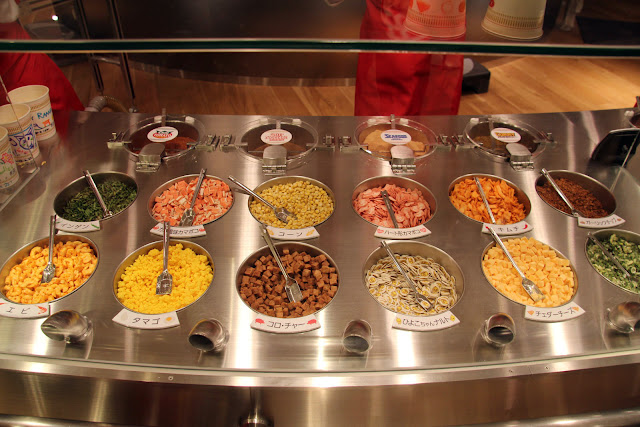 Step 8. Use the air pump to blow air into the "air package" 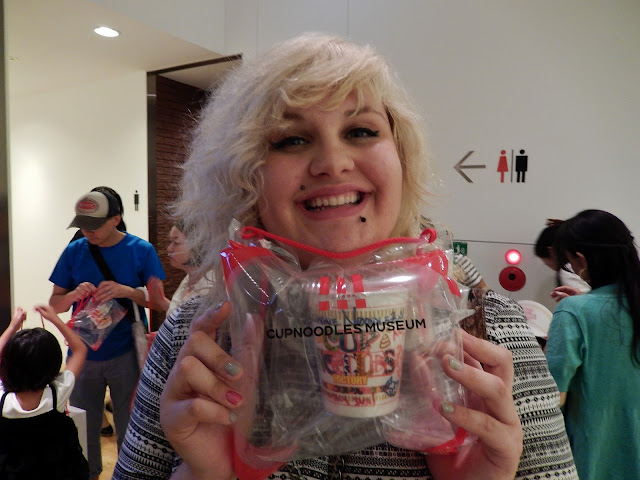 !!!Your very own cup noodles sealed and ready to go!!!

There is also a ramen museum in Yokohama, but if you've gotta choose between the two,
we recommend CUPNOODLES MUSEUM
The Shin-Yokohama Ramen Museum is really neat,
but it is more of a displace of different ramen stands.
The Cupnoodles Museum is an actual museum that teaches you about the production of instant noodles,
and you just so happen get to make your own ramen as a souvenir!!!
It's a win-win.
If you do have the chance to go to both though, you should!!!
Until then, CupNoodles Museum!!! 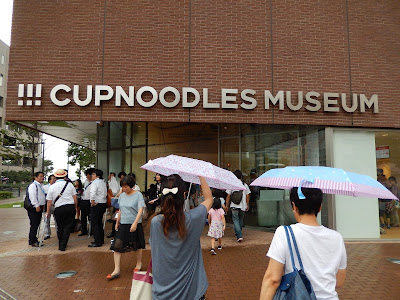 🍜**The Biggest Ramen Event in Tokyo**🍜