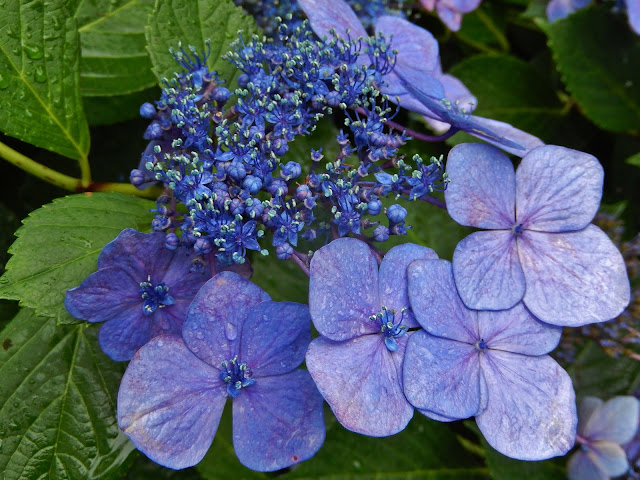 Takahata Fudoson Kongo-ji Temple in the Tama City area, is one of the best known spots in Tokyo for viewing hydrangeas. Every year Takahata Fudoson Kongo-ji holds a Hydrangea Festival (or Ajisai Matsuri、あじさい祭り) around June 1st to July 7th for people to come see their around 7,500 shrubs of hydrangea when the flowers reach full bloom.
"What are hydrangea?" you ask?
They're flower plants that are all over Asia and can reach up almost 100ft (depending on the species).
What's pretty about hydrangea is that there are so many colors due to the different species. Some hydrangea are white, others blue, red, pink, green, light purple, or dark purple. Sometimes even a fusion of two like blue and pink!
They're very beautiful!!
Some of us had actually never seen let alone heard of hydrangea before coming to Japan. So coming to this unique festival was very special and enjoyable. 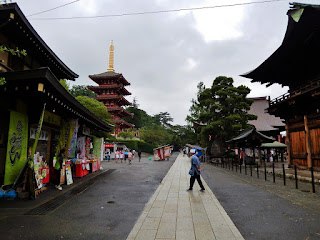 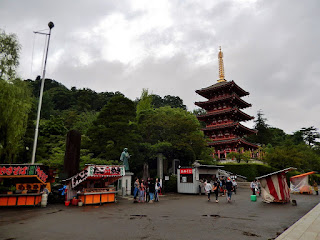 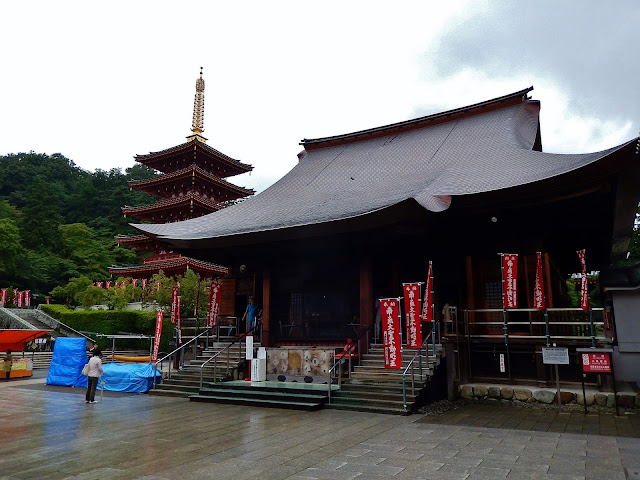 Takahata Fudoson Kongo-ji is one of the oldest and biggest temples in the Kanto region, being founded sometime in the 700's.
Above is the Fudo-do hall of the temple, and it was once destroyed by a big storm and reconstructed at the present place in 1342. The inside is still very old looking, but beautiful and traditional to Buddhism style. 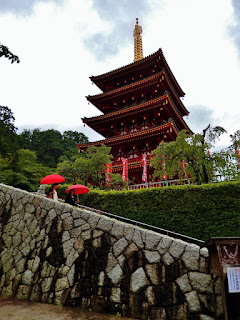 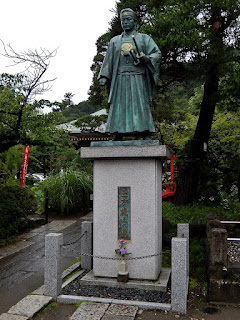 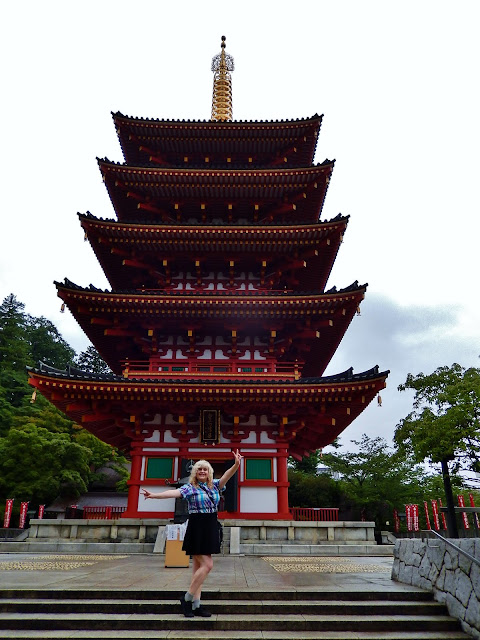 We love pagodas! The colors always go so perfect with one another!

Everything up to here was an added plus.
But the hydrangea were what we came for!🌼
At first we were disappointed with the weather.
It had rained pretty hardly the previous day and
once we got into the little forest like area of the temple, we noticed
a bunch of wilted and fallen hydrangea all over the ground.
SHOULD WE HAVE CAME SOONER?!?!
WERE WE TOO LATE!?!?!
Thankfully, we were't!
The rain actually worked in our favor a bit.
While it did ruin bunch of flower pedals,
the water drops on the remaining
leaves and pedals were a perfect touch(*´▽｀*) 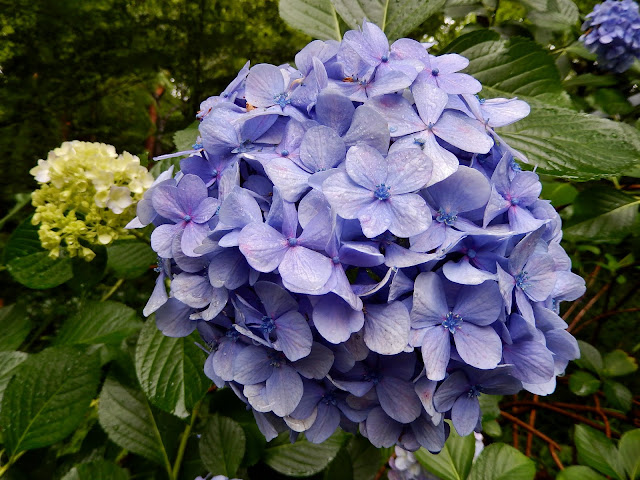 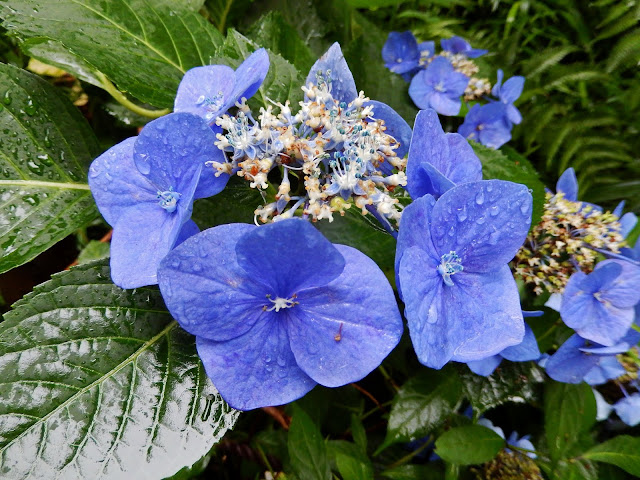 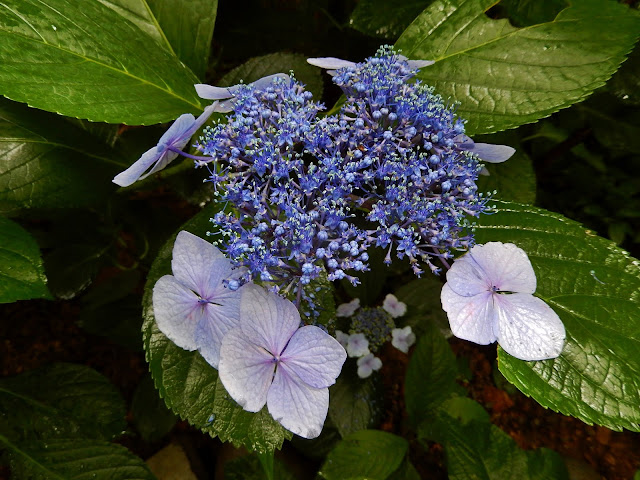 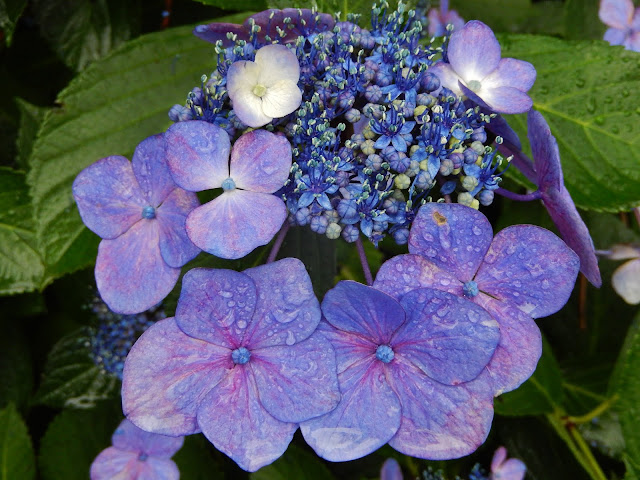 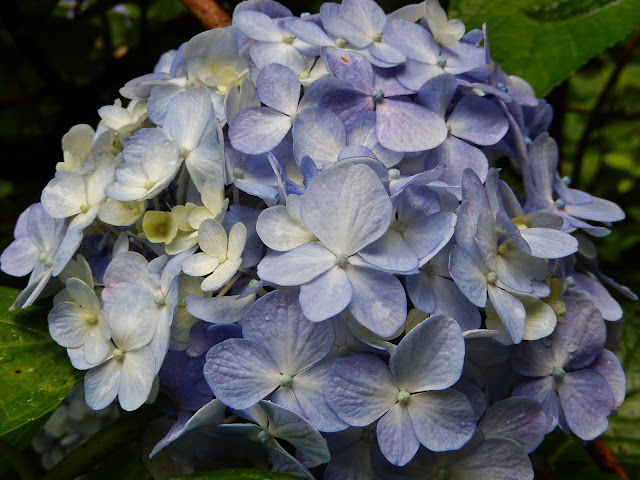 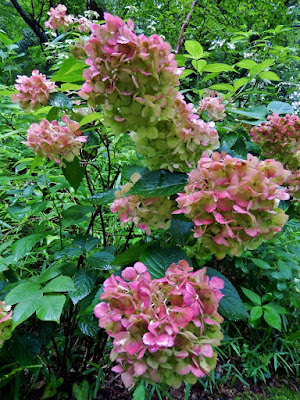 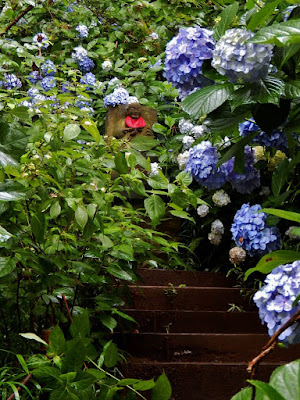 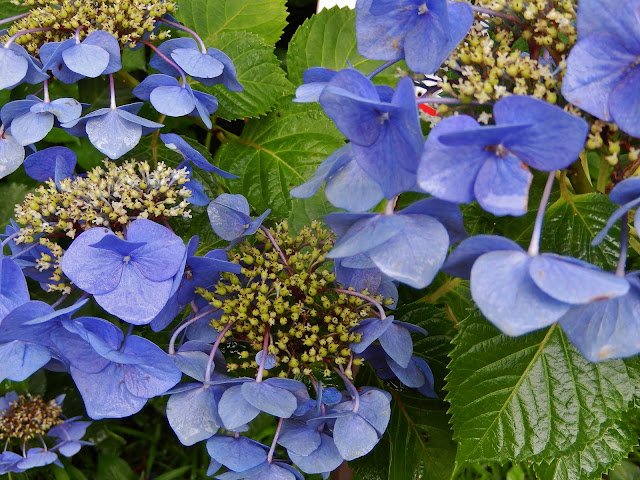 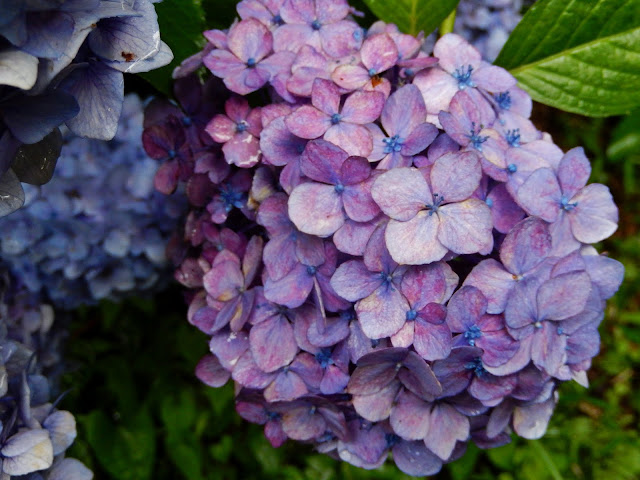 After coming to Takahata Fudoson Kongo-ji's Hydrangea Festival, we became forever fans! It made us want to plant hydrangea in our yards!!!
How nice would that be, to have your very own hydrangea?!❤
The temple is open all year long,
but we really recommend going to visit during this time (early June to July)✿ 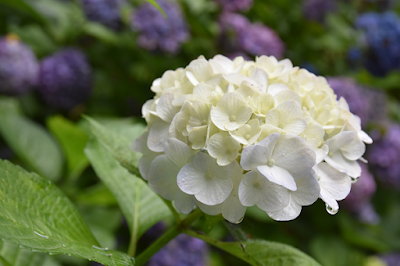