Akihabara is often called an otaku's paradise.
They sell electronics, rare figurines, anime, manga, and much more.
There's another great place in Tokyo that is known for the same thing.
That place is Nakano Broadway.

Nakano Broadway is a multi-story shopping complex
that has a number of stores
that popular Japanese pop-culture goods.
Think of it as a "Mini Akihabara",
minus the flashy lights and futuristic atmosphere.
A few years ago you wouldn't see many foreign tourists there,
but lately the wonders of Nakano Broadway are becoming known to the public!

We love Nakano and Nakano Broadway,
so we wanted to introduce it to those who don't know about it.
As well as share some recommended shops! 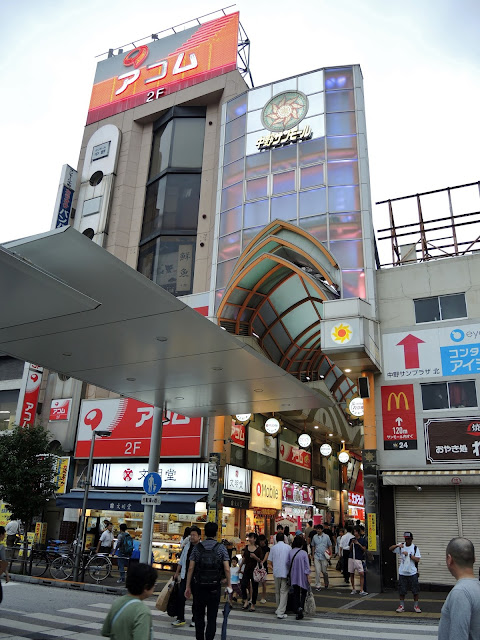 When you go out the North Exit Gate,
you'll see the Nakano Sunmall directly in front of you. 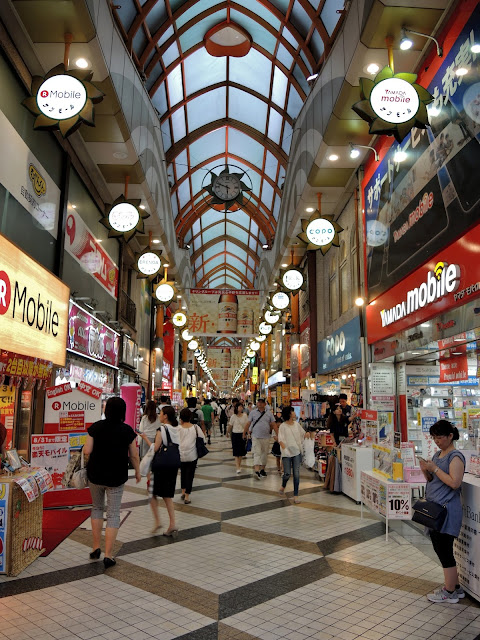 From the station it's all covered,
so even in bad weather you and your goods are safe!!👍 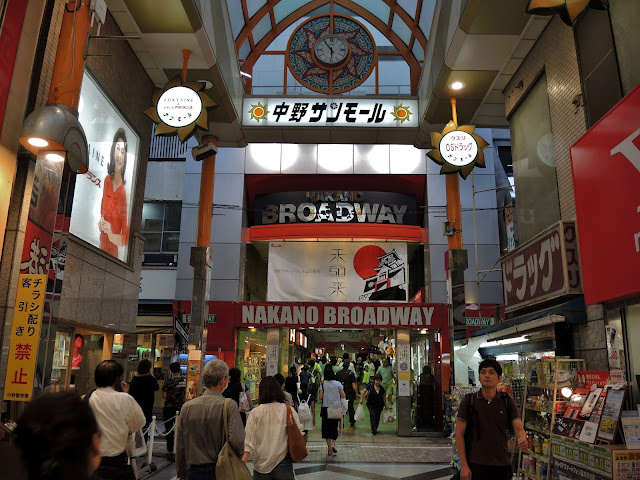 The Nakano Sunmall has all kinds of restaurants,
clothing stores, and even pachinko!
Just continue straight until you reach the Nakano Broadway entrance. 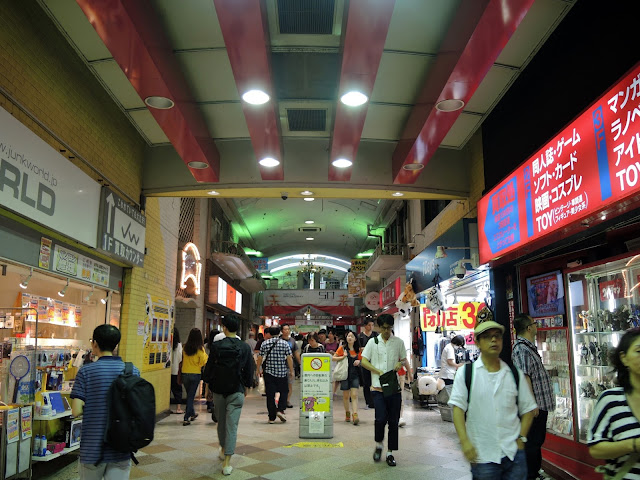 Now that you've arrived,
where to go? 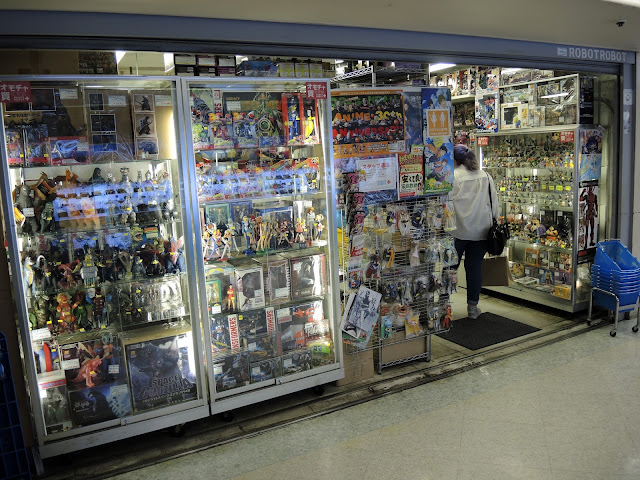 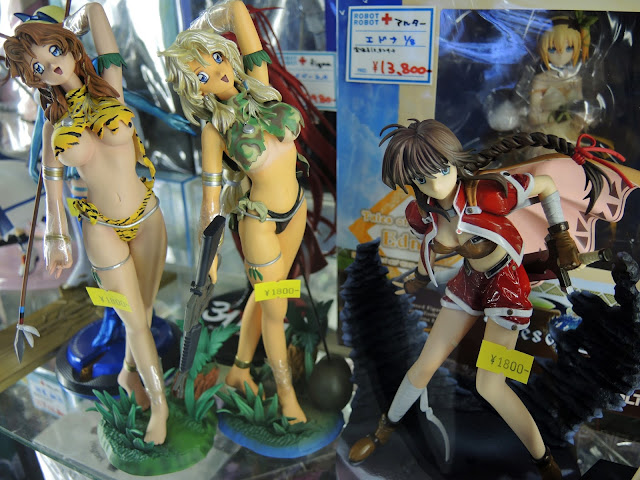 Our favorite stores really were the Mandarake stores.
The stores here in Nakano Broadway
are broken up into stores based on genre. 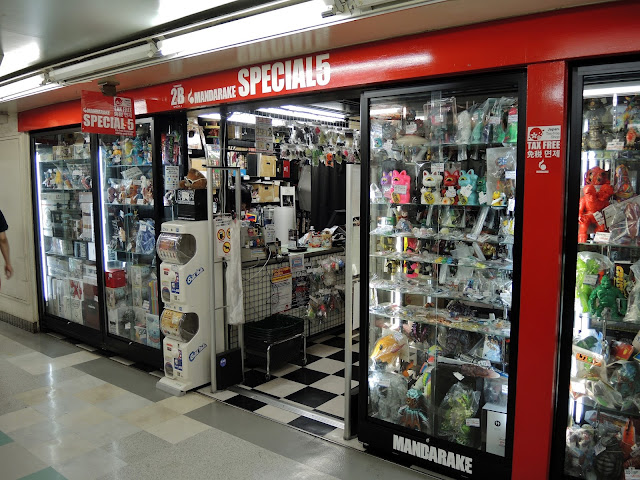 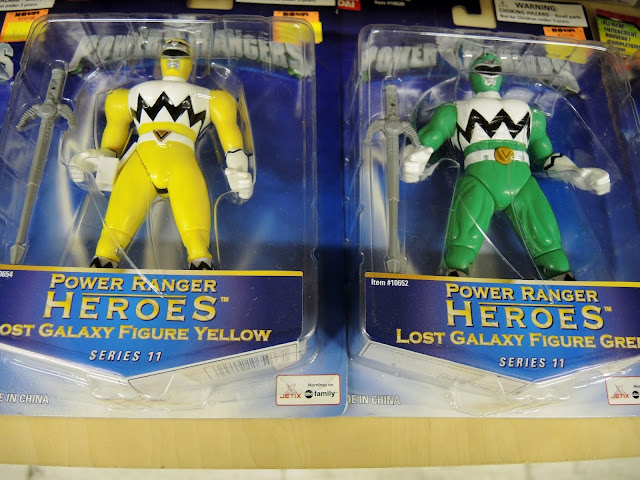 LIKE POWER RANGERS!!!
Man was that a surprise!!
(※Mandarake Special 5 is on the 2nd floor) 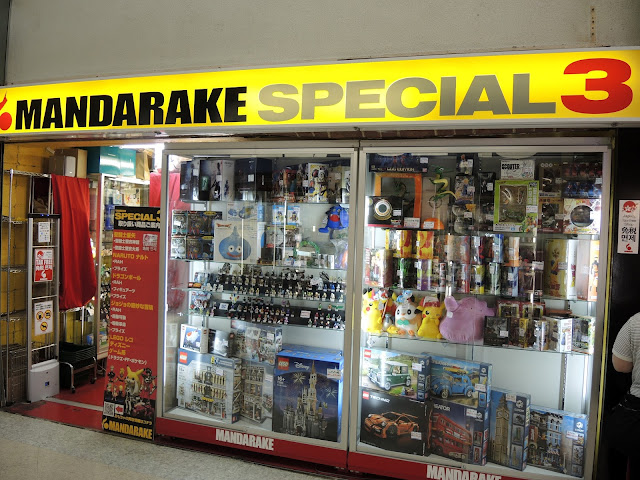 At Special 3 they sell figurine and other goods
of Japanese anime and manga that is popular world wide. 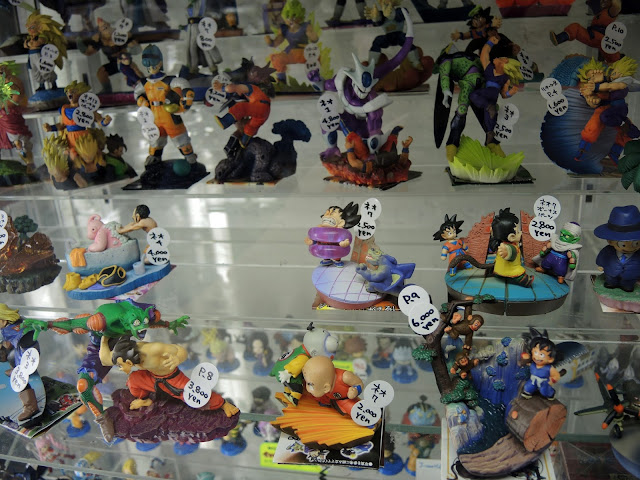 Such as Dragon Ball Z 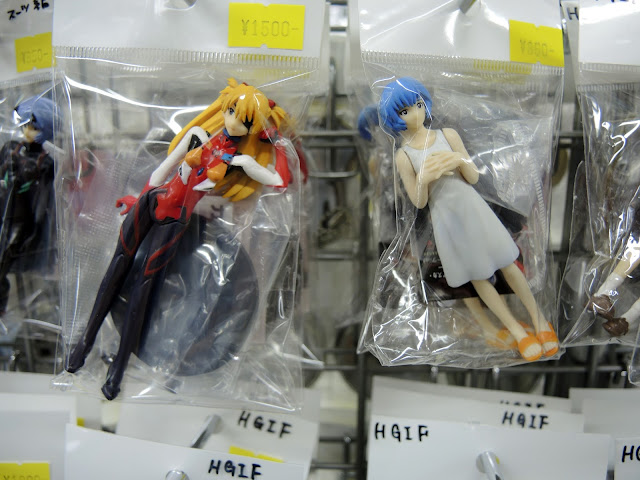 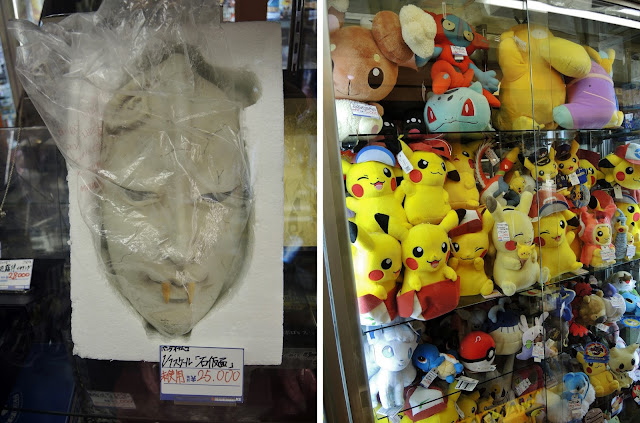 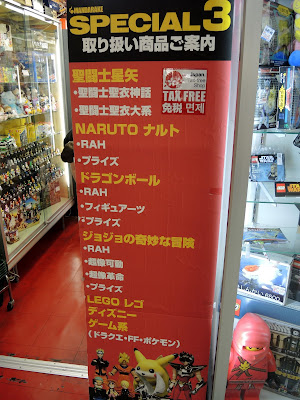 Mandarake Special 3 is one of our favorite specials
because it's connected to the Mandarake Headquarters! 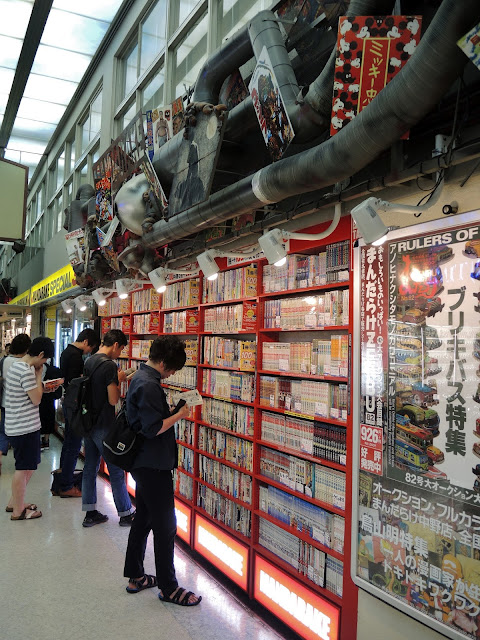 It's a store of thousands and thousands
of manga!!
You can see people standing in front of the headquarters. 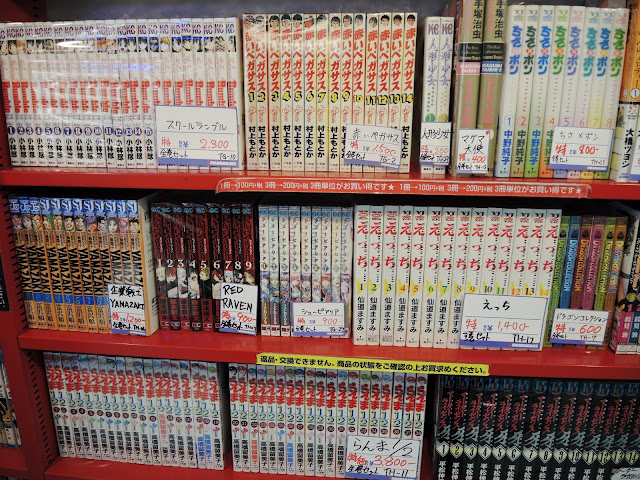 They even sell manga in bulk and a really good price!
Great for those looking to buy an entire series.
(※Mandarake Special 3 and the headquarters is on the 3rd floor) 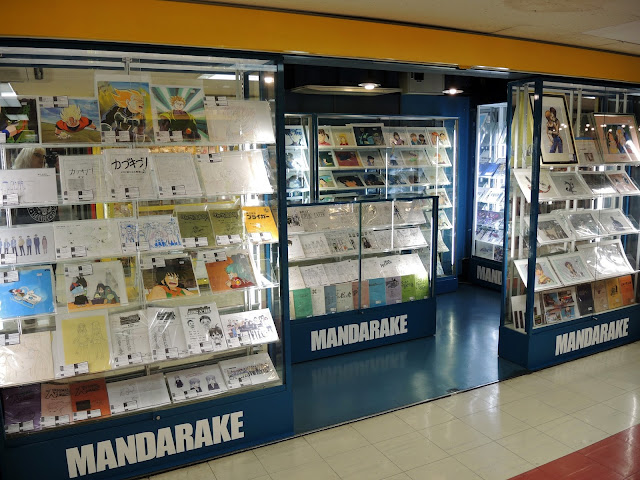 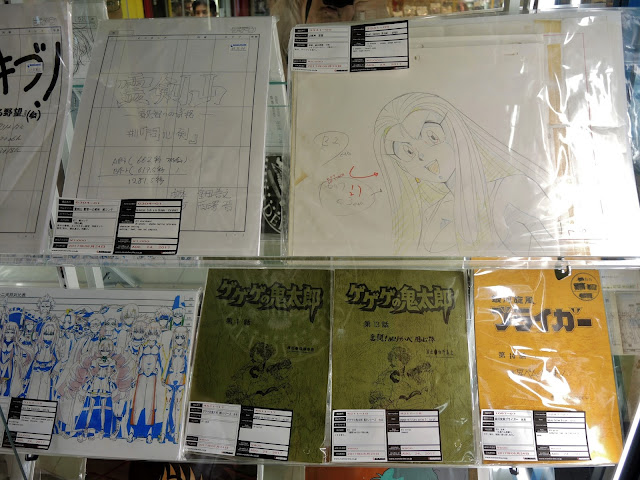 It has a lot of rare things like
animation cells, original art work, and scripts. 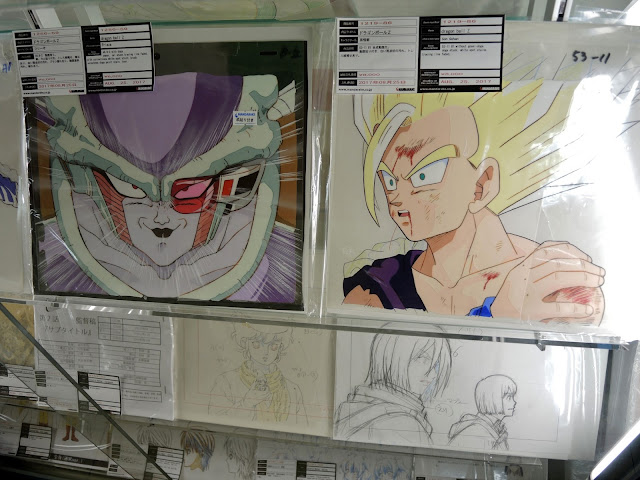 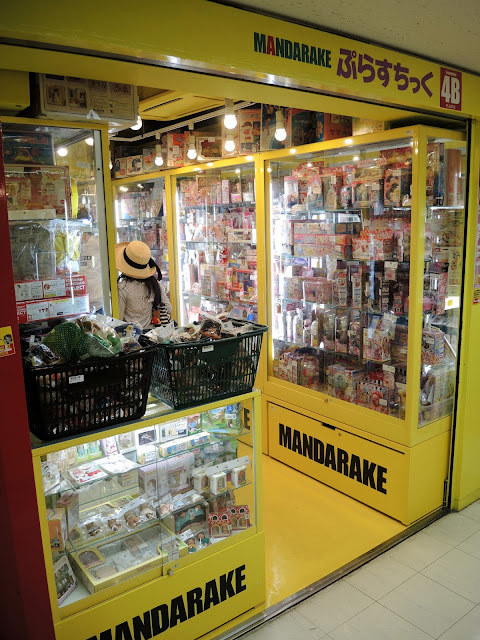 Also on the 4th floor is Mandarake Plastic,
which sells a lot of old and ("girl") toys and dolls.

I grew up on Sailor Moon,
and wanted just about everything in this store!!
I couldn't believe some of the stuff Mandarake Plastic was selling!!!
(※Mandarake PLASTIC is on the 4th floor) 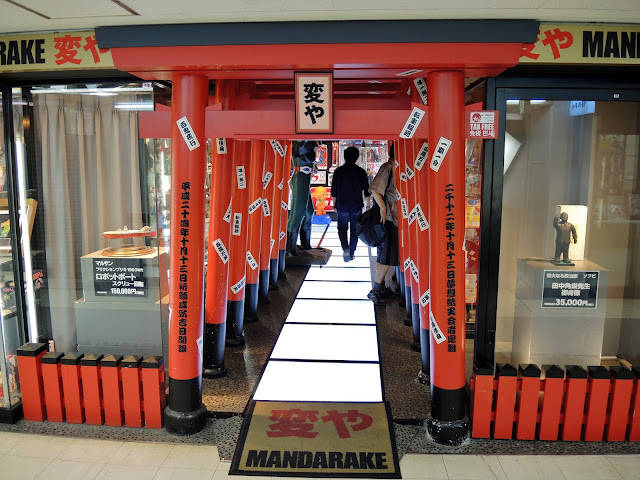 Probably the coolest, most "Japan in the future"
store is HEN-YA.
Walk through the giant red torii,
and it's like you're going through a portal
to a space ship🌜👽 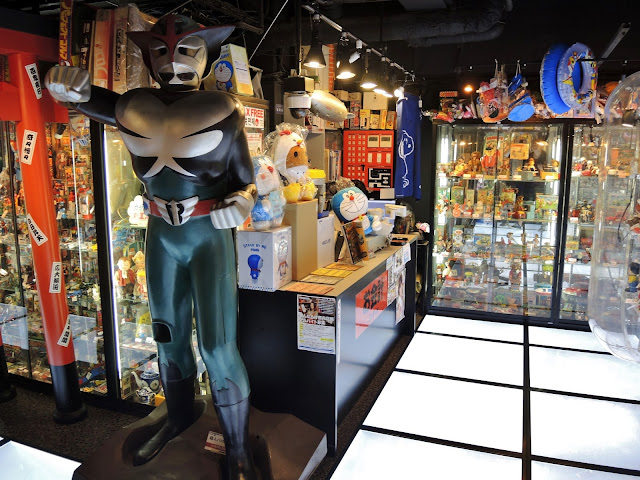 Despite it's futuristic appearance,
the inside is filled with old Japanese toys before WW2. 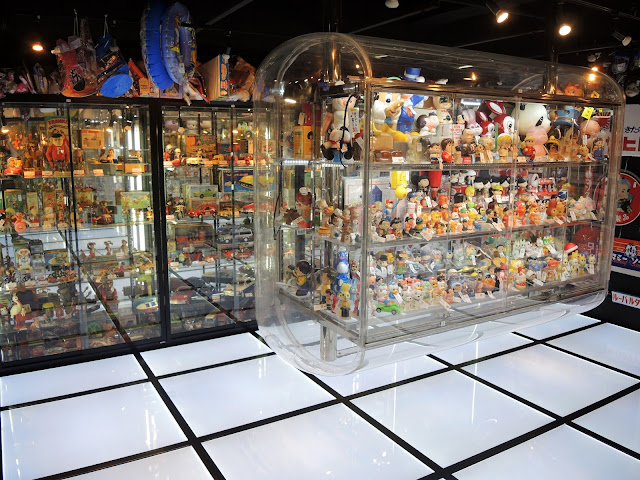 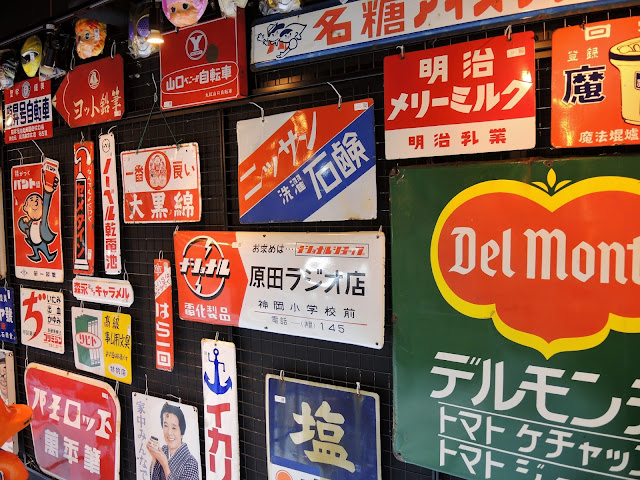 They even sell old Japanese signs! 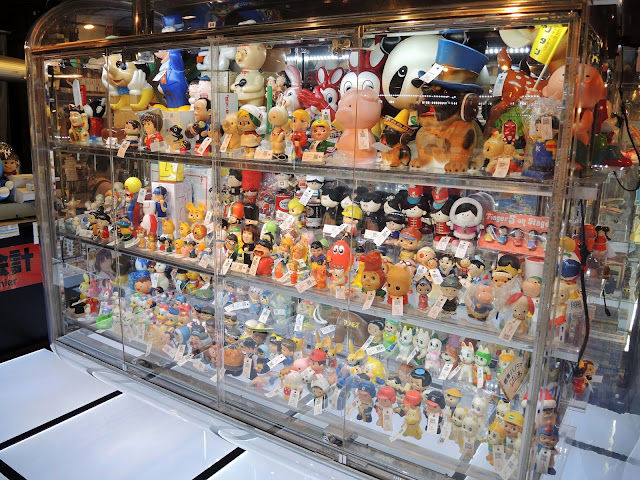 Where there might not be many things you want to buy
they have so many iconic toys and goods that it's really fun to look at. 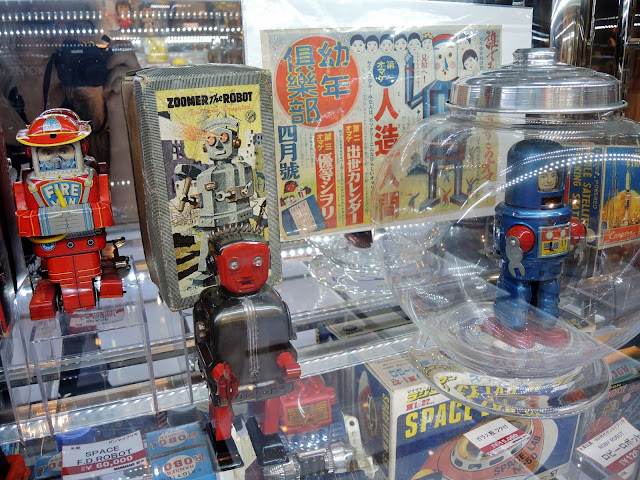 They even sell old tin toys! Just look at that!!
Awesome.
(※HEN-YA is on the 4th floor) 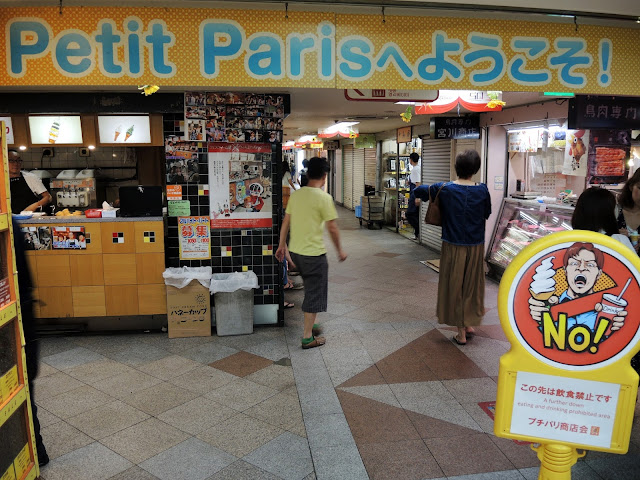 Go to the basement floor and you'll see a food court area.
We went here for Nakano Broadway's special shop. 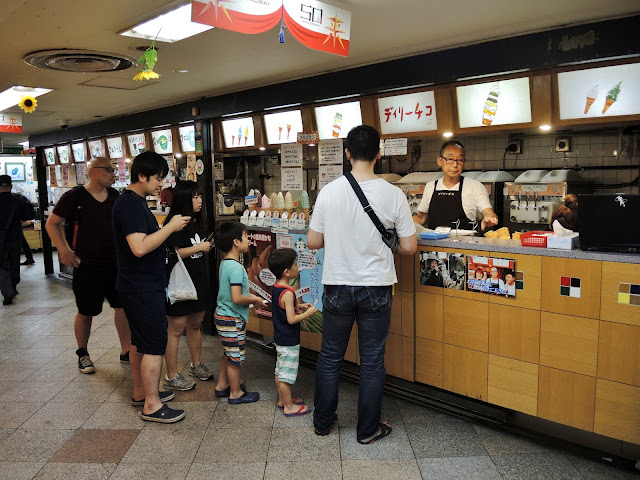 DAILY CHIKO has 8 flavors (3 of them are seasonal)
and you can choose the size you want.
We thought you could choose the flavors,
but turns out that only those who get the small and medium can.
The rainbow tower comes with all 8 flavors...
which makes sense or else it wouldn't be a rainbow🌈
I got one and the flavors were:
vanilla, chocolate, strawberry, cafe au lait,
CALPIS (カルピス), banana, green tea,
and Japnaese soda ramune (ラムネ).

I've gotta tell ya, some of the flavors did not mix.
But it was good!
Just be sure to be careful when you eat it
because if you drop it, you won't get a new one! 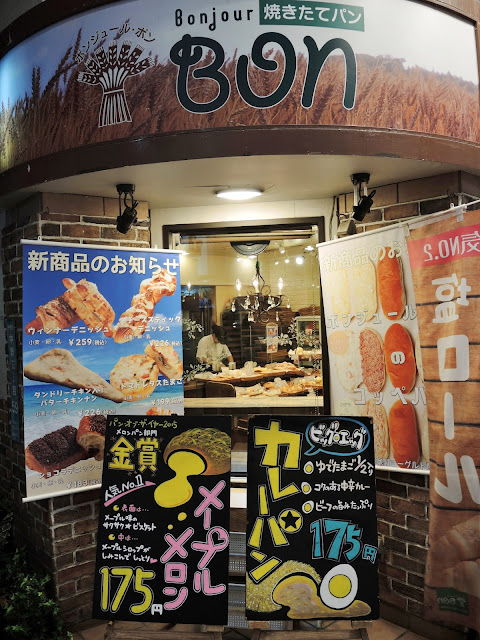 If you go to Nakano,
you've got to stop by the bread store
Bonjour Bon Bon.
They've got delicious
maple melon bread (175 yen)
along with curry bread (also 175 yen).

LOTTERIA is a fast food place that's all over Japan,
but ONLY at the LOTTERIA in the Nakano Sunmall
can you get special Koala's March 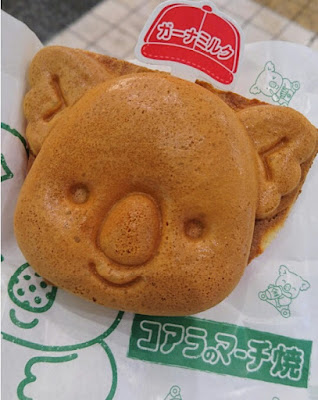 Nakano Broadway is a treasure trove of specialty stores
for collectors and enthusiasts across the globe.
Even if you aren't a collector or into manga/anime,
it's still fun to walk around and see what's there.
You might even see things from your childhood!!

Once you're done at Nakano Broadway,
walk around Nakano and get a couple of drinks and great food.
There are restaurants and bars all over!
Nakano also often has a lot of live shows in the area
so maybe you'll get lucky and see one.
Nakano is also right next to Shinjuku,
so you can always go there afterwards for a night on the town. 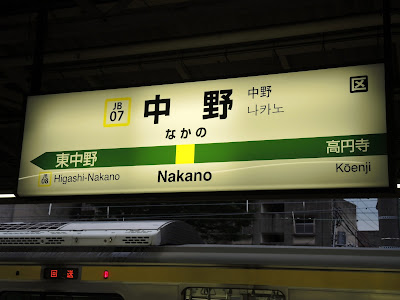 SAVE THE DATE! DEATH NOTE THE MUSICAL Comes to Tokyo!