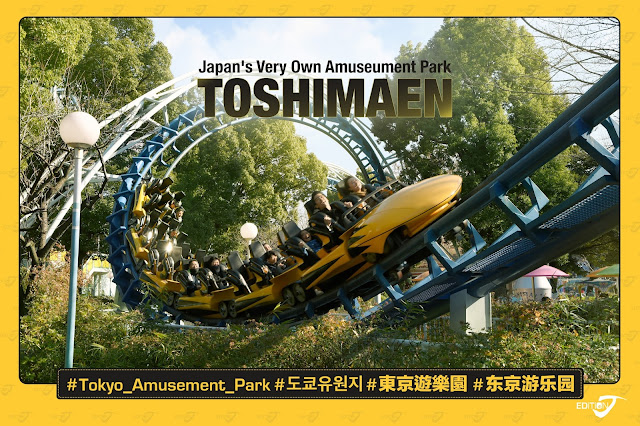 Winter Fun at One of Japan's

We love amusement parks!
So this time we went to Tokyo's very own Toshimaen,
an amusement park with a history of more than 100 years.

Toshimaen Park is perfect for those of all ages.
It has roller coasters, petting zoos,
a GORGEOUS ancient merry-go-round,
a coy fish fishing area, and more.
This time though we plan on sharing with you two attractions,
four exciting play areas,
and limited illumination and skating center for the winter! 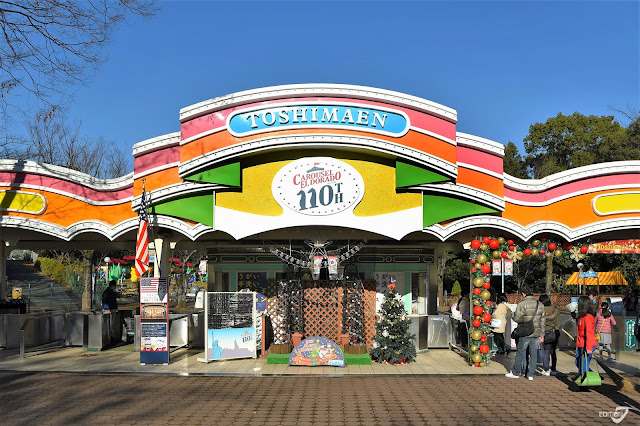 FYI:
※Toshimaen doesn't accept people with tattoos.
Even after you're already in the park
and they see you have a tattoo,
they might ask you to leave and not get a refund!※

From Shinjuku:
20 mins taking the Toei Oedo Line
to Toshimaen Station
*2 min walk from A2 Exit 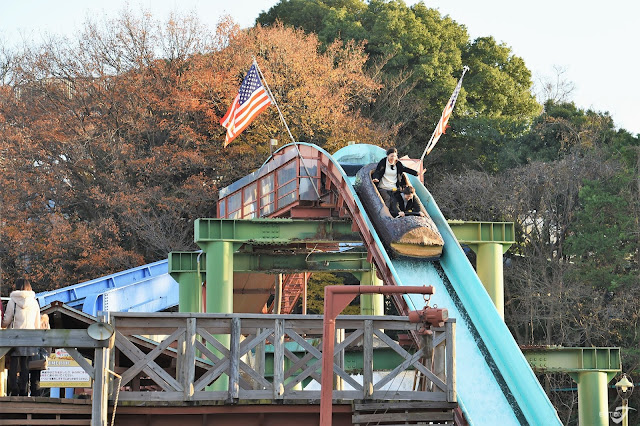 CAUTION:
※Toshimaen doesn't accept people with tattoos.
Even after you're already in the park
and they see you have a tattoo,
they might ask you to leave and not get a refund!※

It isn't uncommon to be denied access at spas,
hot springs, and gyms if you have a tattoo in Japan,
but an amusement park too?
It's a shame but as long as you cover up,
you shouldn't have any problems. 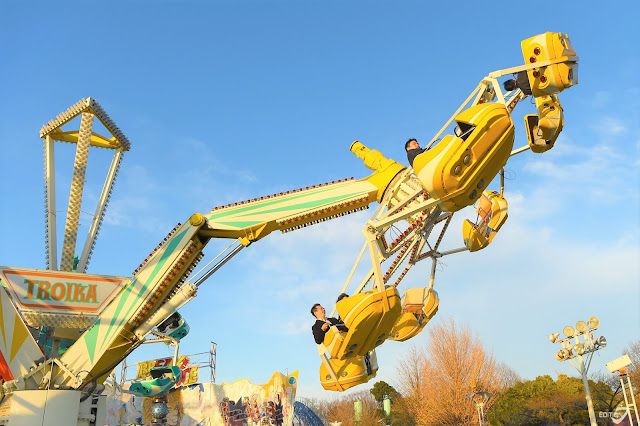 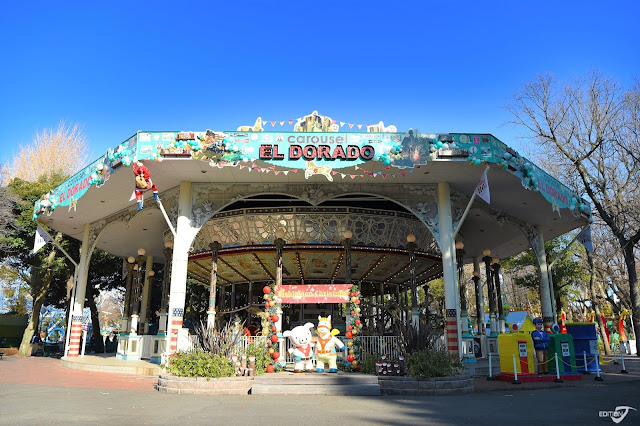 This merry-go-round has a history of touring all over Europe,
then America before settling in Toshimaen in 1970. 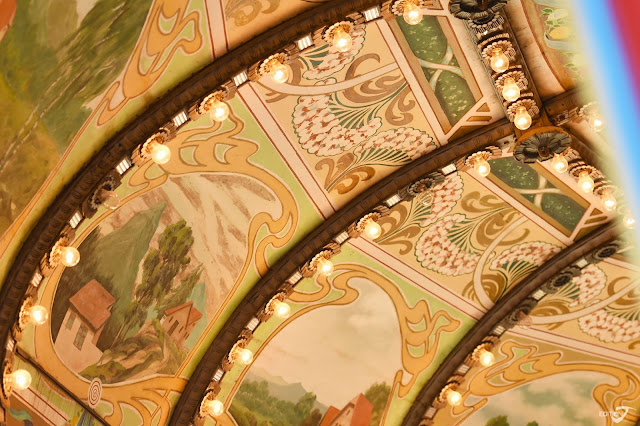 It was built by a German craftsman,
still containing all of its art and beautiful attention to detail.
This merry-go-round is simply beautiful! 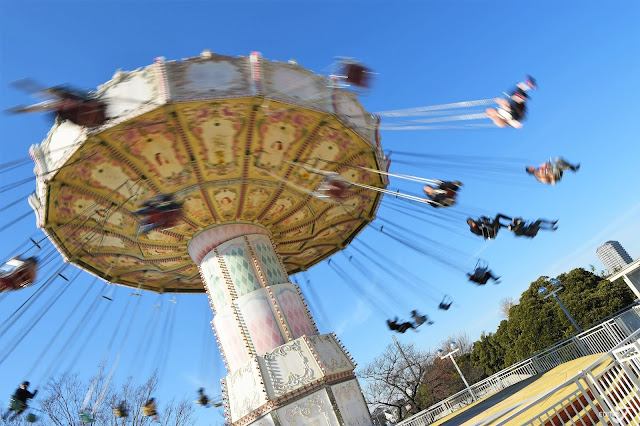 This ride is on top of a restaurant
so you can expect an assume view of the park!!
Even if you don't get on the ride,
this is a great spot to take pictures of everything!

This steel roller coaster is another popular attraction at the park.
The Corkscrew has lots of twists and turns,
so if you've got a strong stomach hop on in! 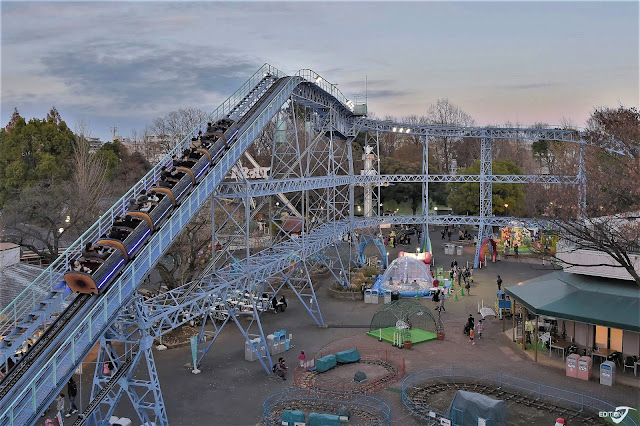 There's another roller coaster at Toshimaen,
this one pictured about is the Hurricane,
and is also recommended! 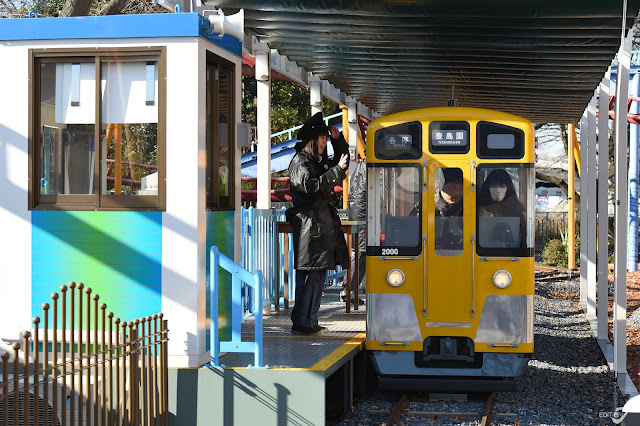 These itty bitty trains are known as the Sky Train,
and slowly runs through a forest.
There's also a Miniature Train which resembles the trains
that ran during America’s pioneering days.
It's really cute! 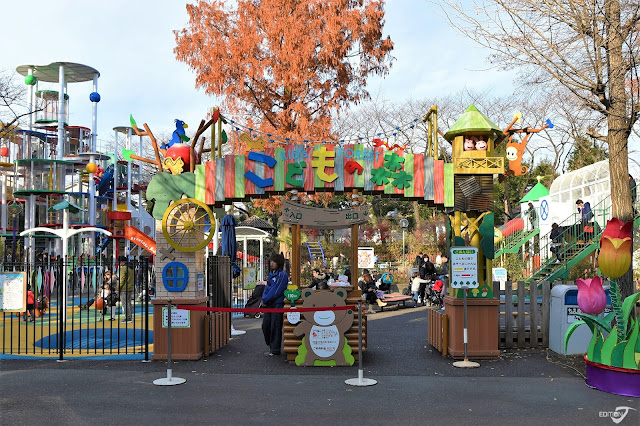 Although this area is named as a children's forest,
it's just a fun space for kids to be kids! 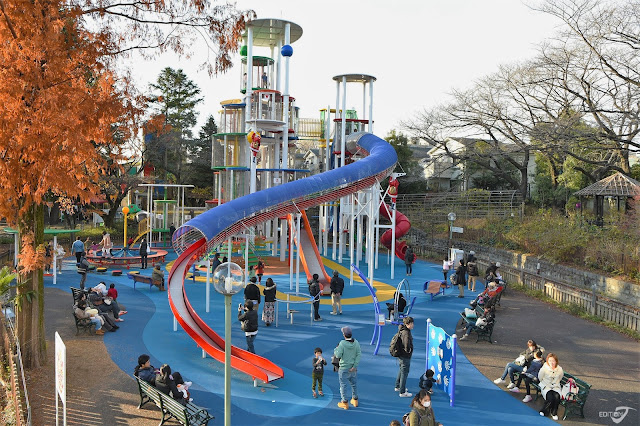 There's a super long slide that the kids loved going down on.
The jungle gym is big enough for adults
to play with the kids too which was a nice change of pace. 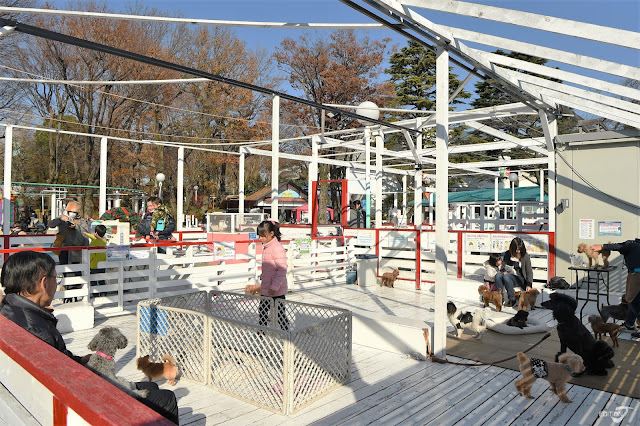 There is an area in Toshimaen where you can hang out with some cute animals!
One thing to mention though is you need a ticket to enter just like other attractions in the park.
The cost is 700 yen for those 3 years+.

The animals here are super cute though!
They even had animals we've never seen at the petting zoos in America! 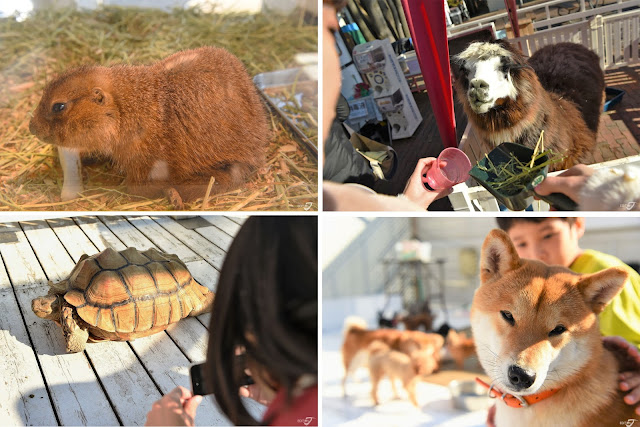 💖They all just wanted some love and attention💖 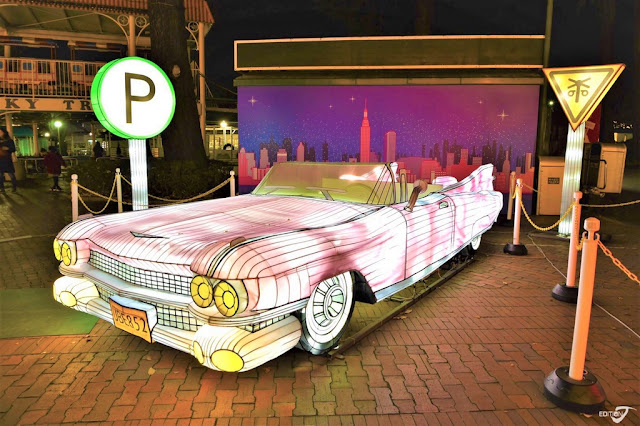 Tokyo during the winter gets dark pretty early.
Once it does (around 4:30pm),
that's when all the lights come out to play at Toshimaen! 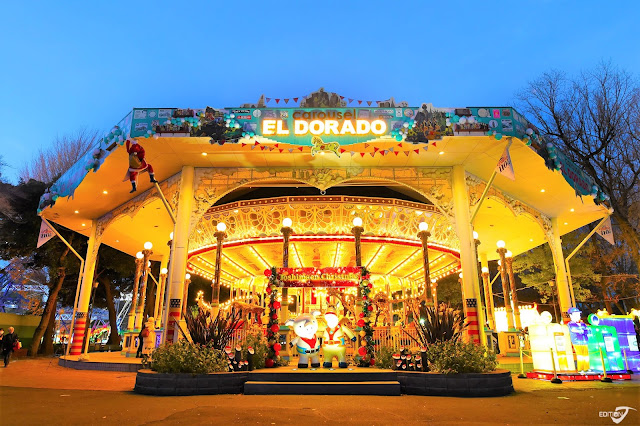 A lot of the area was pretty "American" themed,
but it was still really pretty and something to enjoy! 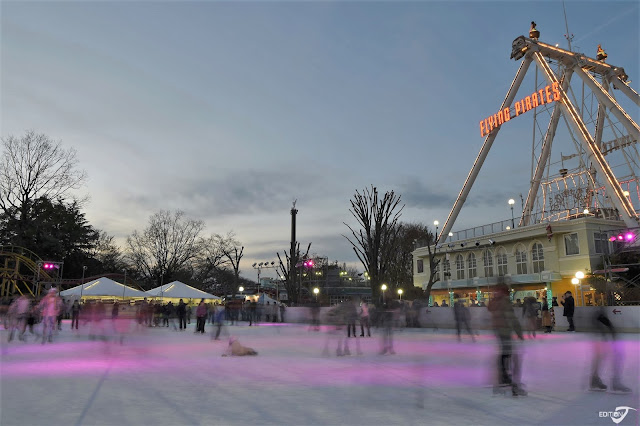 Adjacent from Toshimaen is an old school outdoor skating rink!
We say it's old school because apparently every night
they build the ice by spraying water on the rink every night. 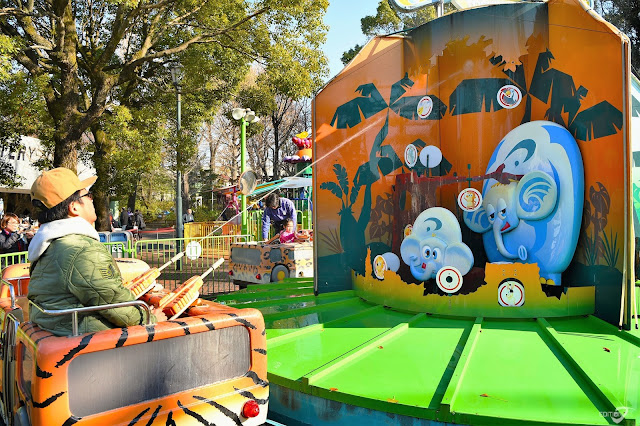