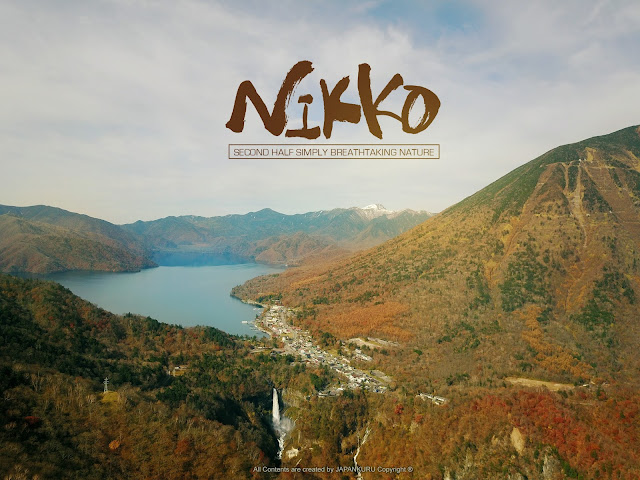 A continuation to the first half of traveling Nikko,
which focused on the UNESCO World Heritage Sites of Nikko.
This time,
JAPANKURU is going to introduce Nikko's beautiful nature!

In case you missed the first half,
you can check it by clicking on the link below. 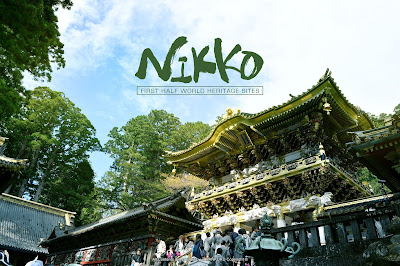 Many people go to Nikko for two reasons,
either to visit the World Heritage Sites,
or to explore Nikko's beautiful nature!
We did both!
For the second half of the trip,
these are the stunning sites we visited: 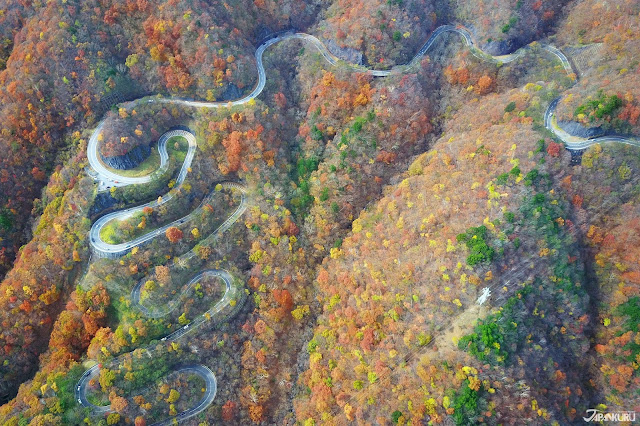 We were on our way to Akechidaira Plateau
and drove through Irohazaka Slope.
This loopy road connects the lower part of Nikko
to its mountain areas. 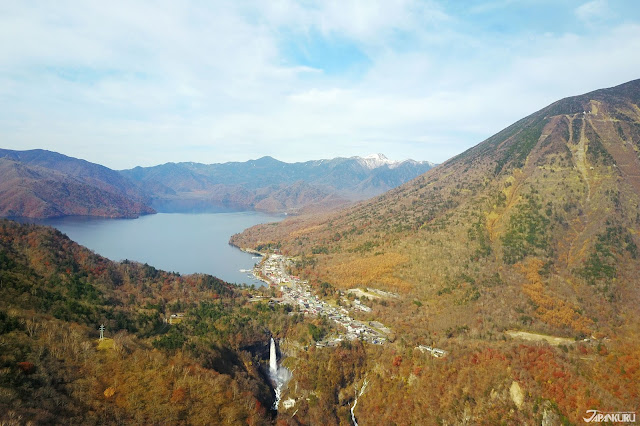 Near the top of Irohazaka Slope is this beauty, Akechidaira Plateau!
This is one place many tourists know about,
and it's particularly popular during the fall
with all the multicolored autumn leaves. 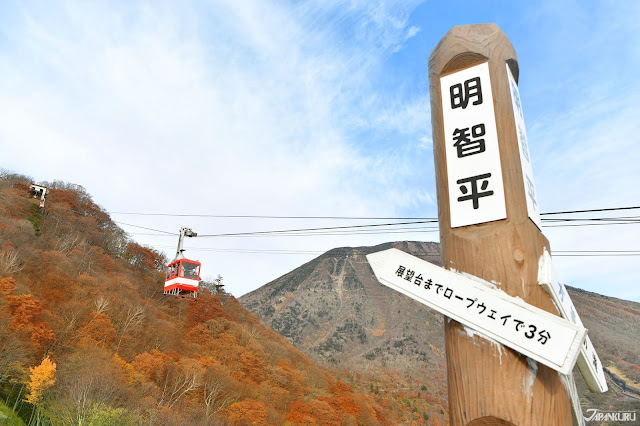 The best way to get to the observation platform
is by the Akechidaira Ropeway.

There you get the most beautiful panoramic view
of great scenes like Chuzenji Lake, Kegon Falls, and Mt. Nantaisan.

🚌If you don't have a car,
it's about 35mins from Tobu Nikko Station by bus.
Take the bus going towards Yumoto Onsen or Chuzenji Onsen.
More route info here ➤ http://www.tobu-bus.com/en/nikko/ 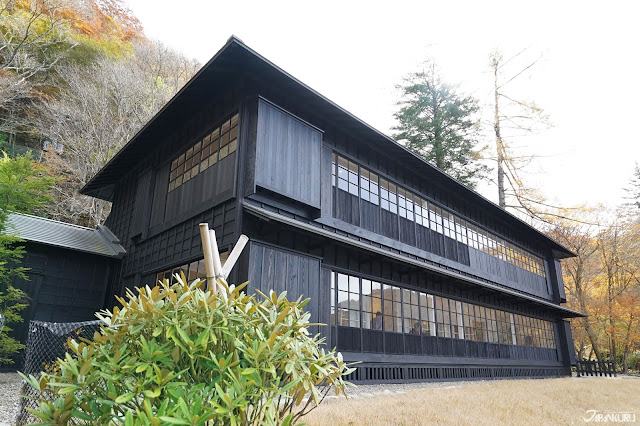 Opened to the public in 2014,
the British Embassy Villa in Nikko was built by
British diplomat at the time in the Meiji era (year 1872). 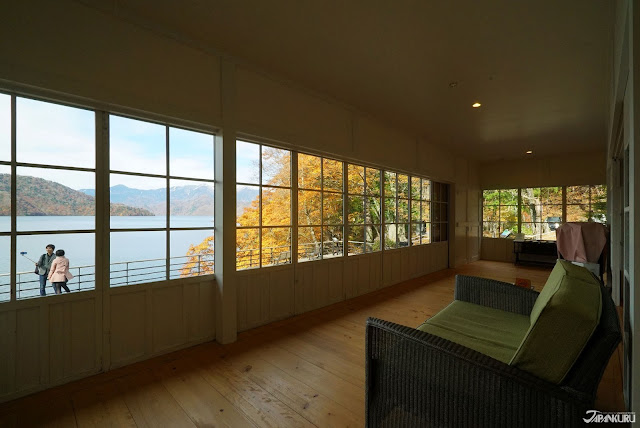 The two story structure mainly consists of exhibit rooms,
but what's the highlight of the villa is its view of Lake Chuzenji. 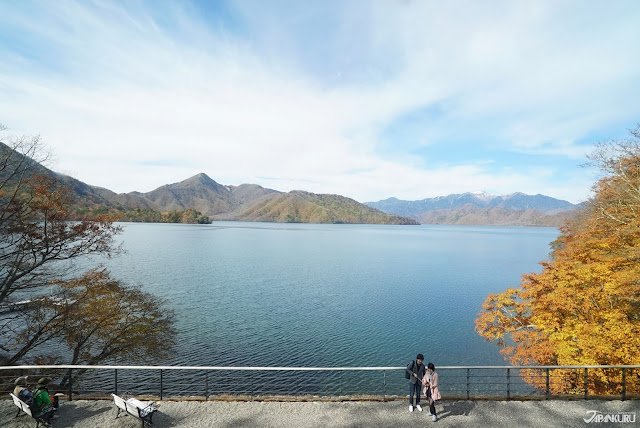 It wasn't uncommon for foreign embassies to build lovely villas
along the lake, and we can totally understand why they'd want to!
Not all of these places are open to the public,
so this place is somewhat special.
You can get a great view and picture of the lake
from a different angle!

💴 Adult: 200yen
Child: 100yen
*Near by is the Italian Embassy Villa.
If you would like access to that as well,
you can buy a ticket that allows you to go to both for cheap!
British and Italian Villa:
Adult: 300yen
Child: 150yen 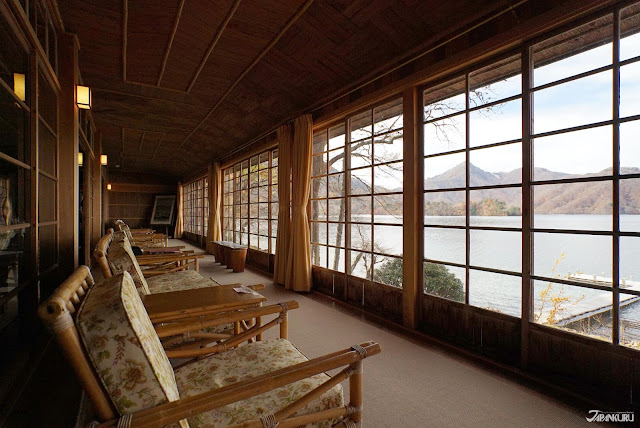 Similar to the British villa,
except the designer was a man from the Czech Republic.
The man is quite famous in Japan,
Antonin Raymon,
since he is the same man who
designed the Imperial Hotel in Tokyo. 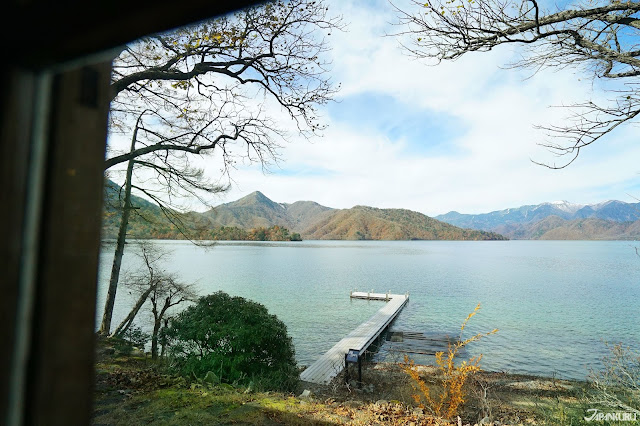 You can expect beauty and a cosy feeling💓

The structures inside of the villa were constructed in 1928
and were used by successive ambassadors until 1997.

💴 Adult: 200yen
Child: 100yen
*Near by is the Italian Embassy Villa.
If you would like access to that as well,
you can buy a ticket that allows you to go to both for cheap!
British and Italian Villa:
Adult: 300yen
Child: 150yen 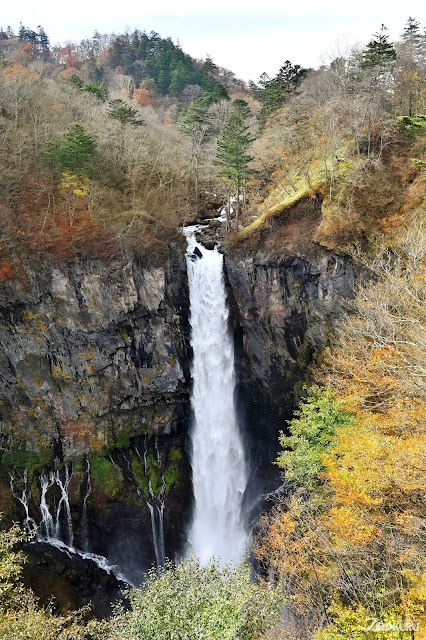 The Kegon Falls is a stunning waterfall
at a height of 97m (326ft) and is ranked in the three great falls of Japan.
The other two waterfalls are:
・Nachi Falls (那智大滝) in Wakayama prefecture, 133m (436ft) high.
・Fukuroda Falls (袋田の滝) in Ibaraki prefecture, 120m (400ft) high. 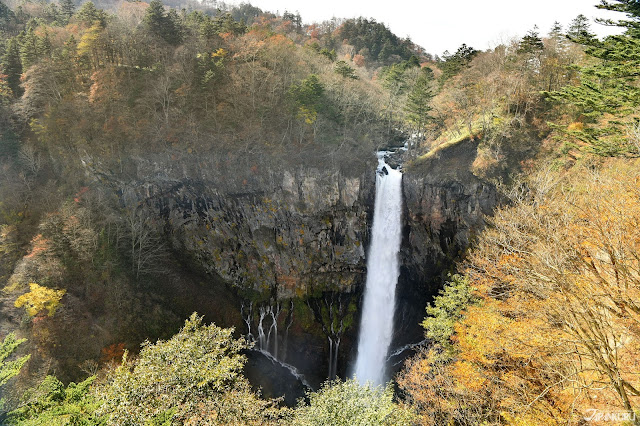 The water is from Lake Chuzenji,
and you can see it from both a free or paid observation deck
(the paid platform is more at the base of the waterfall).
There is an elevator to take you to the observation deck,
however it's not free.
Or you can look at it from the Akechidaira Observatory
at the top of Akechidaira Plateau~ 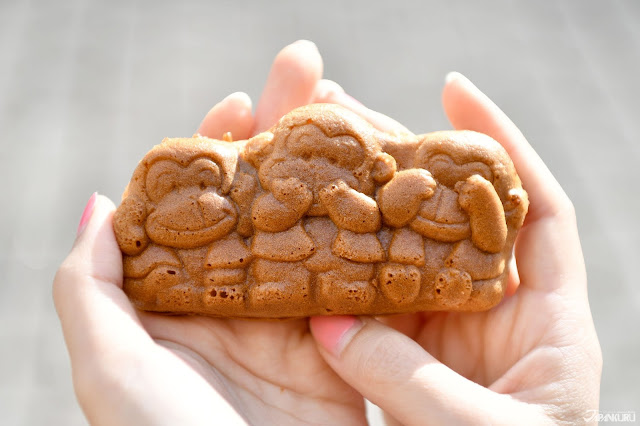 At Kegon Falls,
we got a little snack!
You can normally see the japanese fish-shaped cake "taiyaki"
sold in little shops and/or convenient stores around Japan.
Since Nikko is famous for the 3 wise monkeys,
they have special "3 wise monkey-yaki" (三猿焼き; sanzaru yaki). 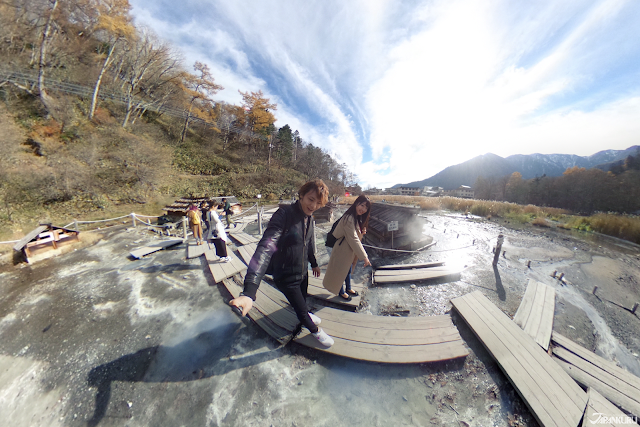 Okunikko is a little area of about 15 spa facilities (hotel, ryokan, etc)
located on the lakeside of Lake Yuno (湯ノ湖).
The moment you get here you can smell the sulfur in the air! 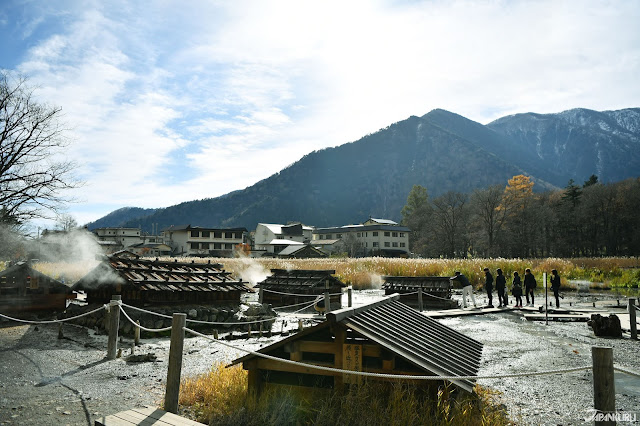 A lot of the area have become dry lands unfortunately,
so the source of the hot springs is protected by little huts.

Despite it's somewhat harsh smell,
the water is super a milky white
and is said to make your skin lovely and smooth~ 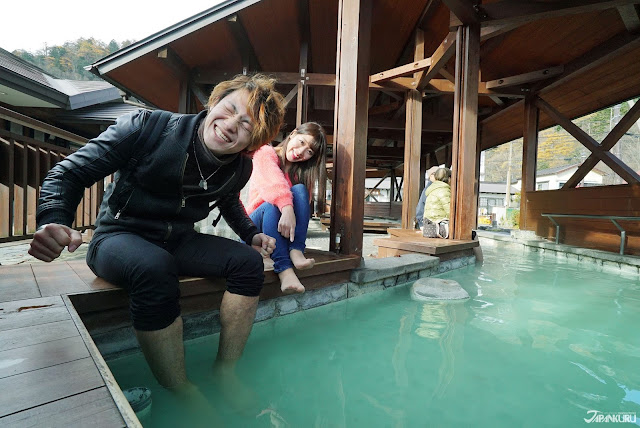 There's a free public foot bath (足の湯; ashi no yu),
which is always our favorite! 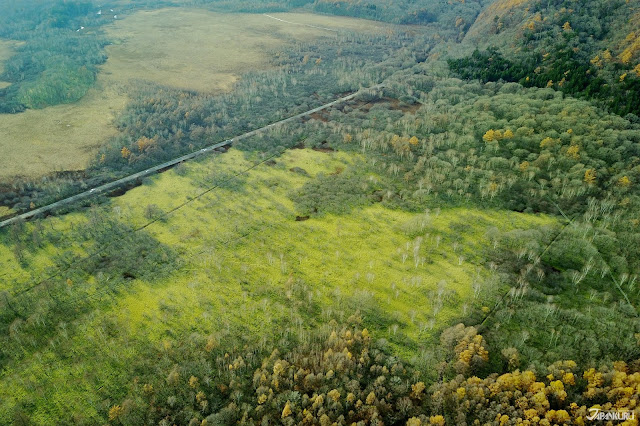 Here is a 988 acre (400hectare) field/hiking spot
that is said to be one of Nikko's best place
to see the leaves charge in the fall. 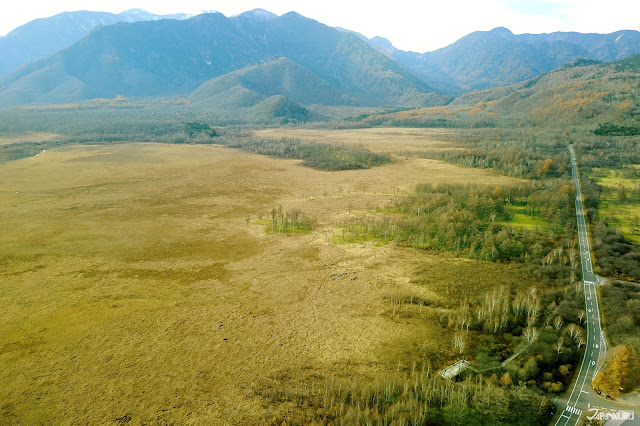 It's a part of Nikko Park,
so you are sure to see lots of wild animals and nature.
Senjogahara is so beautiful!
There are plenty of hiking trails
or you can make your own! 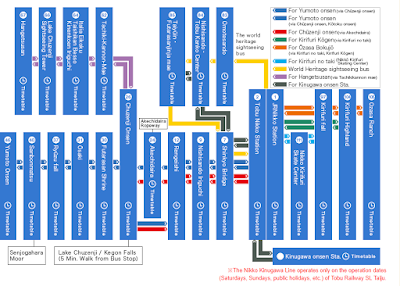 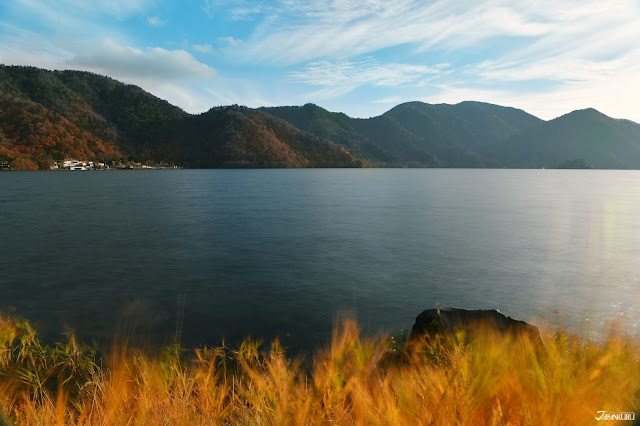 Lying on the skirt of Mt. Nantaisan,
Lake Chuzenji is located at an altitude of 1,269m
which is one of the highest locations of Japanese lakes!
It is said that this lake was formed
by an eruption of Mt. Nantaisan about 20,000 years ago.
In the 19th and 20th centuries,
villas owned by foreigners and embassies of oversea countries were built
in this area and obtained popularity as an international summer resort. 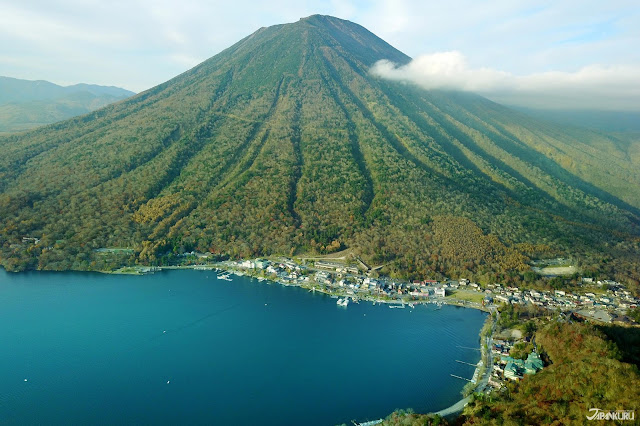 A hiking course runs along this 25km-around lake,
and visitor can view azalea flowers in early summer,
as well as colorful leaves in autumn🌞🍁


Then we headed back to Tobu Nikko Station,
returned our car to Nissan Rent-a-Car,
and took the train back to Tobu Asakusa Station! 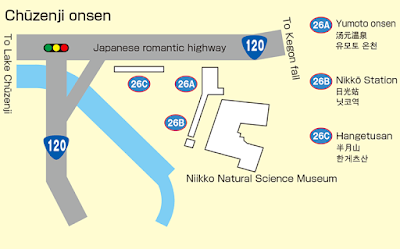 *If going to Nikko Station from Chuzenji*
Get on at the 26B stop!
Otherwise check for more info here
⇩⇩⇩
http://www.tobu-bus.com/en/nikko/

If you'd like to check out the first half of our Nikko travel,
you can check it by clicking on the link below. 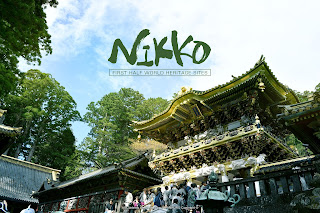