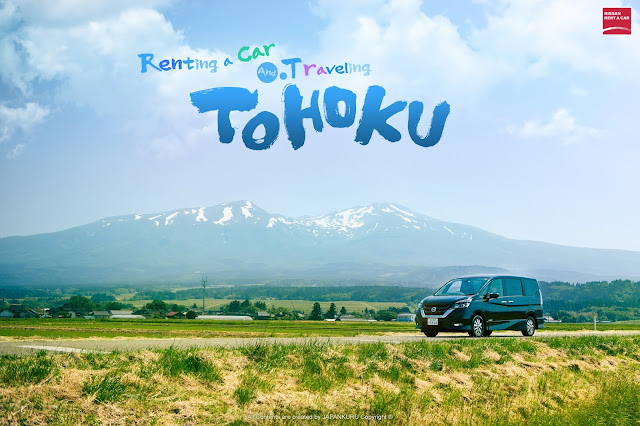 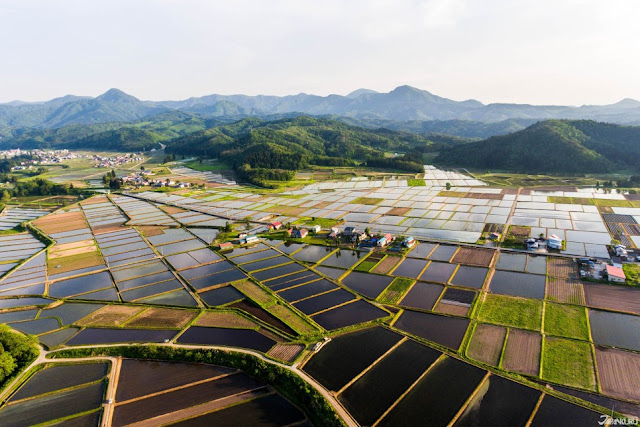 Anymore Tohoku, Japan's northeastern region,
is usually thought of as the region that was hit
by the great earthquake and tsunami back in March 2011.
However, the Tohoku region of Japan is SUCH a stunning place
more and more people are wanting to remind the world JUST how
fantastic of a place Tohoku really is.
Over the past years,
JAPANKURU has been all around Japan's mountain area Tohoku,
but this time we went to some places that we felt really shows off
the regions stunning mountains, lakes, hot springs,
and everything else the area is famous and loved for. 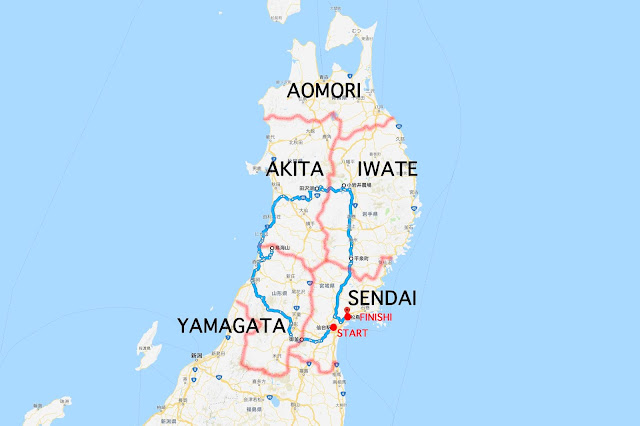 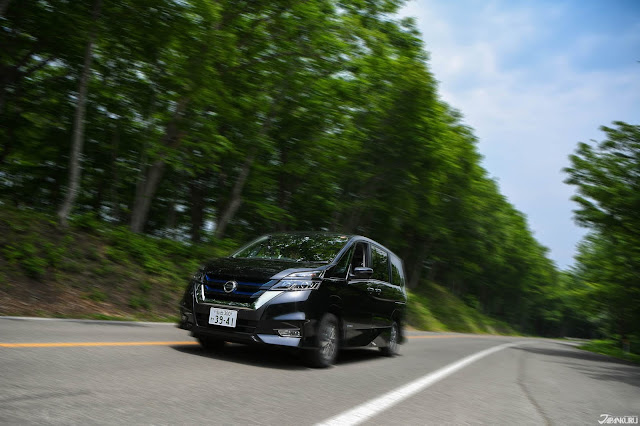 If you're going to Tohoku,
it's recommended to travel around the entire Tohoku region,
or as much as possible,
rather than traveling along only one.
Renting a car comes in a lot of handy at moments like this
and areas like Tohoku where things are a bit spread out.
You can visit several cities and attractions at once,
along with minimizing the time and language barrier
that is a drawback with public transportation. 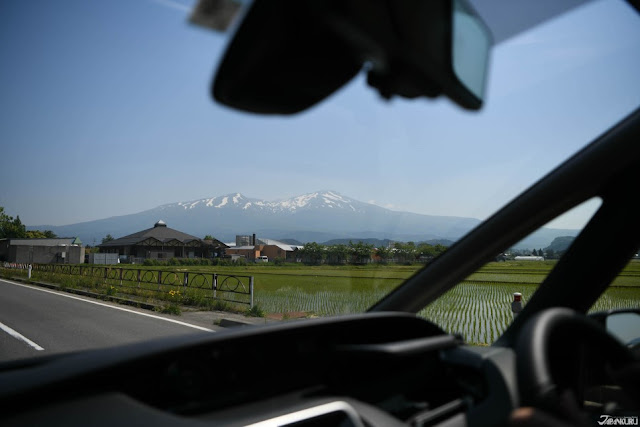 For reference,
this week's Tohoku trip took about three days.
All the main sightseeing spots we went to via car rental. 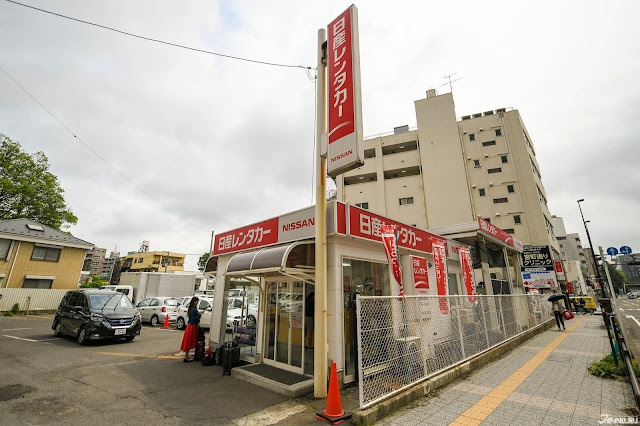 The starting point of the Tohoku trip started
in Sendai, Miyagi Prefecture (宮城県).

If you're traveling directly from Tohoku,
it's recommended to use Sendai as a departure point
because you there is an international airport.

Also, if you use the Shinkansen (bullet train) in other areas such as Tokyo,
you can get off at Sendai station (仙台駅).
From there the Nissan Rent-a-Car dealer is located at the North Exit
of Sendai Station, so you can get a car in no time at all.

We rented Nissan's best-selling car, the Serena,
and we can totally see why it's the best selling after driving it!
For starters,
unlike some other Japanese cars, the Serena is super spacious
and has plenty of room to put your bags. 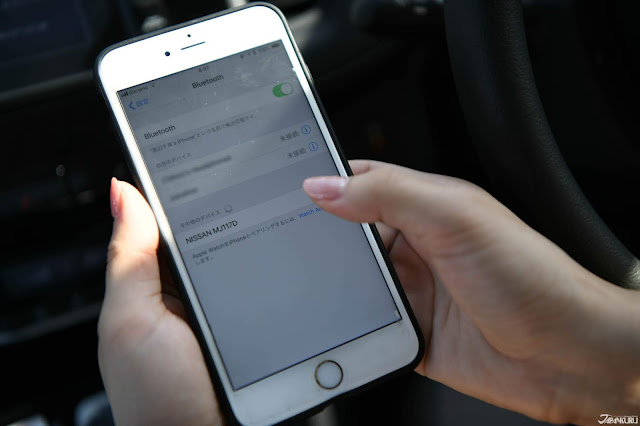 There is also Bluetooth that you can connect your device to the car speakers. 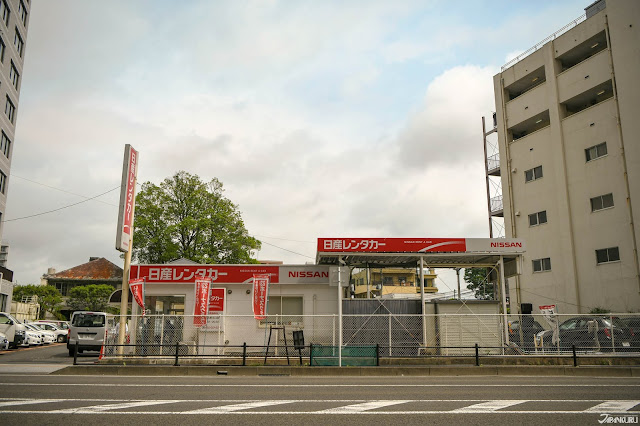 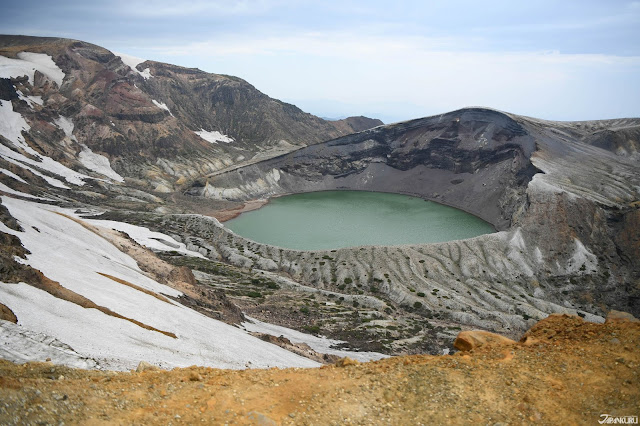 The first course around the Tohoku region was Okama
located at an altitude of 1,500 meters above sea level and if you ask us, Miyagi Prefecture's best spot!!
This lake was named Okama
after a Japanese traditional cooking pot (kama) because of its shape.
The emerald green color is loved by all,
but what's also special is that it changes colors according to the sunlight
°˖✧◝(⁰▿⁰)◜✧˖°

The Okama katsudon,
or fried pork on a bed of rice is in another realm compared to others
due to the particular and special smell and texture of the rice.
This dish is what people come to eat whenever
they come to view Okama✧˖°🍚°˖✧ 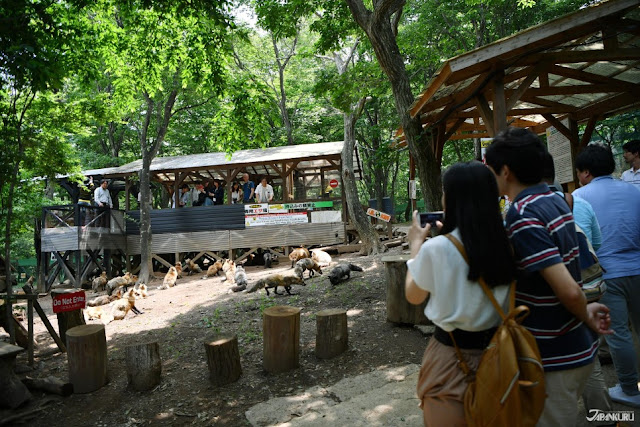 The Miyagi Zao Fox Village in Miyagi Prefecture
has more than 100 adorable foxes that look like they're smiling at you!!
By far the cutest place ON EARTH!!!

You can get to the Miyagi Zao Fox Village
from either Shiroishi Station or Shiroishizao Station.
We think Shiroishizao Station is best because it only takes 20mins by taxi
and of course is less of a hassle.
We want to also recommend you wear good shoes!
Hiking shoes are best if you have them.

Unfortunately, we can't tell you all of the recommended spots, great sights, and food in and around Sendai.

Two of the things Sendai is MOST known for is cow tongue (牛タン; gyutan)
and Sasa-Kamaboko.
The beef tongue grilled over a charcoal fire and
whether you dip it in soy sauce, miso, or salt,
it tastes way better than you would think!
If you have the chance to try, please do!🐮🍴 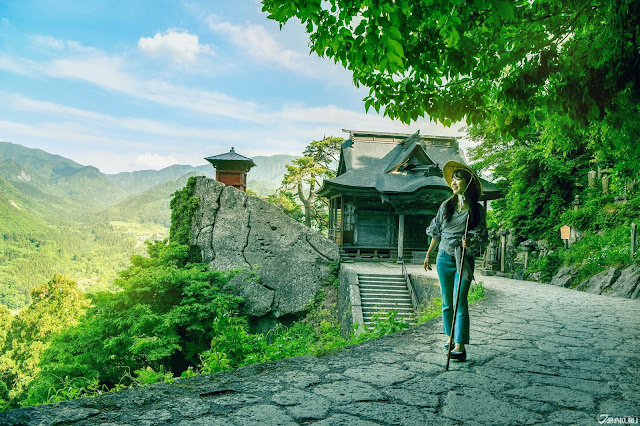 The first place we visited during our Tohoku travel was Yamadera (山寺)!
Meaning "mountain temple",
Yamadera is a Buddhist temple representing the scenery of Yamagata and
CNN even called it one of Japan's most beautiful temples. 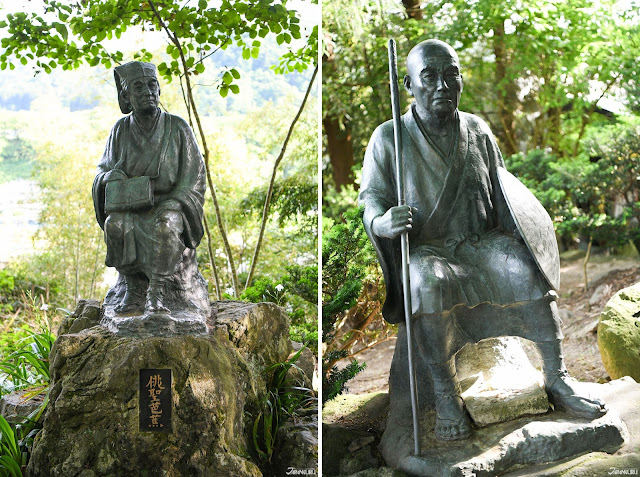 It was founded during the Heian Period (794-1185)
by Buddhist priest Jikaku Daishi as a branch temple to Enryaku-ji in Kyoto,
one of the most significant monasteries in Japan at that time.
Also, famous haiku poet Matsuo Basho composed one of Japan's
most influential poems, "Shizukasa ya/iwa ni shimi iru/semi no koe" (deep silence - the shrill of cicadas- seeps into rocks) here.

After climbing up to 1,000 steps you'll reach the main hall of the temple which
overlooks the countryside and can also be used for meditation.
This temple is a nationally designated Place of Scenic Beauty and Historic Site❤ 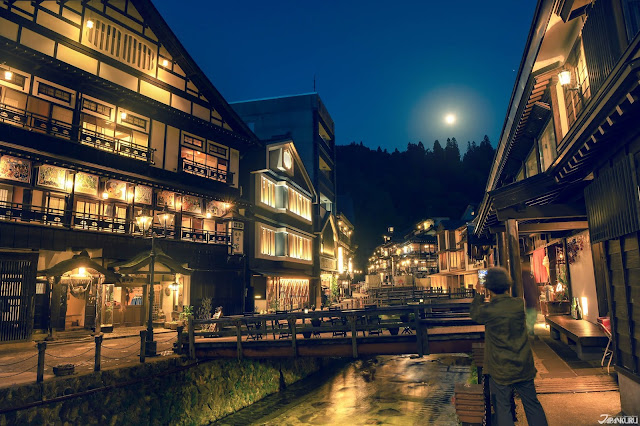 Ginzan Hot Spring (銀山温泉) is a historic hot spring area
in Yamagata Prefecture.
It's said that the area was originally a silver mine that operated from 1456 to the end of the 1600s.
The hot spring was apparently discovered by chance by the coal mine workers, then was flourished into a hot spring resort in 1741. 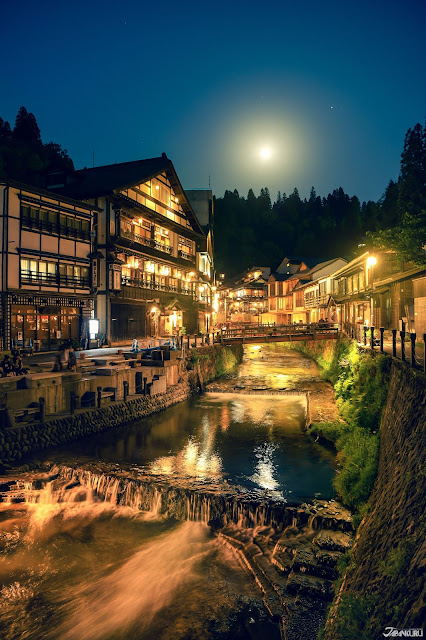 Retro wooden buildings retained their original appearance
since the Taisho era (1912～1926) and were also used as the
location for the NHK drama Oshin (おしん). 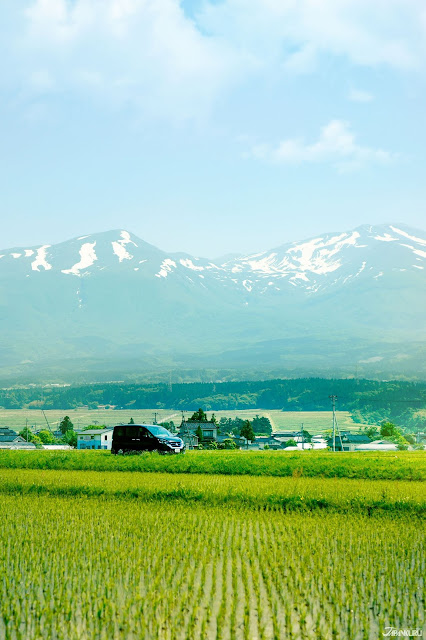 Mountain Chokai (鳥海山) is an active volcano at 2,236m/1.3 miles
above sea level located at the border of Yamagata and Akita Prefecture.

Mountain Chokai is also called Mt. Fuji of the Northeast region
thanks to the ice caps that don't melt in the summer.
From June to early October, it's open to the public and can be climbed. 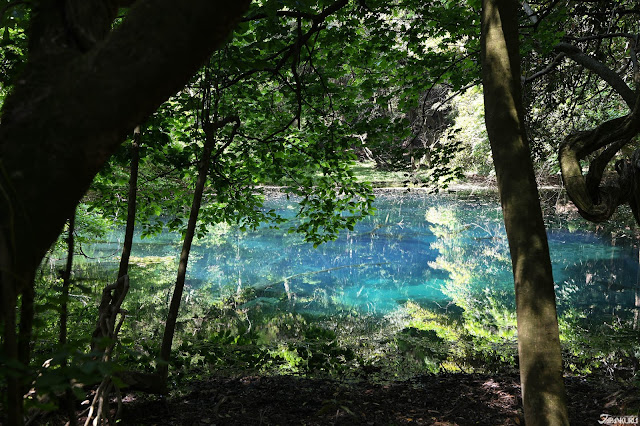 Maruikesama (丸池様) is a small valley in the forest near Chokai Mountain.
The water of this valley, which measures
20 meters/21 yards in diameter and 5m/5.4 yards in depth.
The springs from Chokai Mountain,
a mysterious place where emerald green shimmering valleys
and surrounding plants is almost like from the movie Avatar. 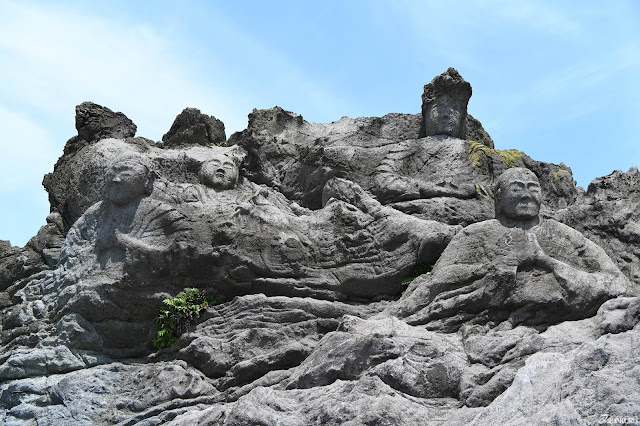 "Jurokurakaniwa" (十六羅漢岩) means sixteen arhat rocks.
They are disciples of Shakyamuni,
who were counted for five years from 1864 in the hope of comforting the fishermen who lose their lives at sea and praying for maritime safety. 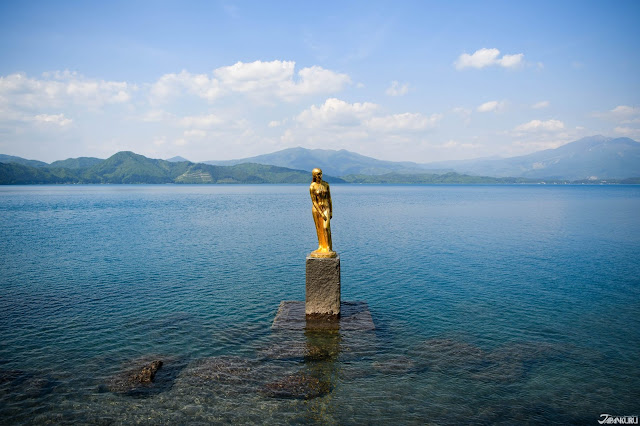 For some of you Korean drama fans,
you may recognize this beautiful scenery
and golden statue from the drama "Iris".
However, Lake Tazawa (田沢湖) is made for so much more!
Not only is Lake Tazawa known for its stunning waters constantly changing shades of blue and green,
it's also Japan's deepest lake (423m/1387ft deep)! 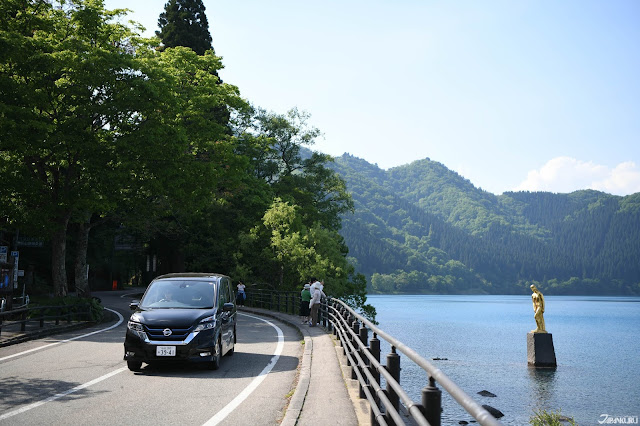 There are many roads and courses around the lake
allowing you to be surrounded by mountains and calm waters. 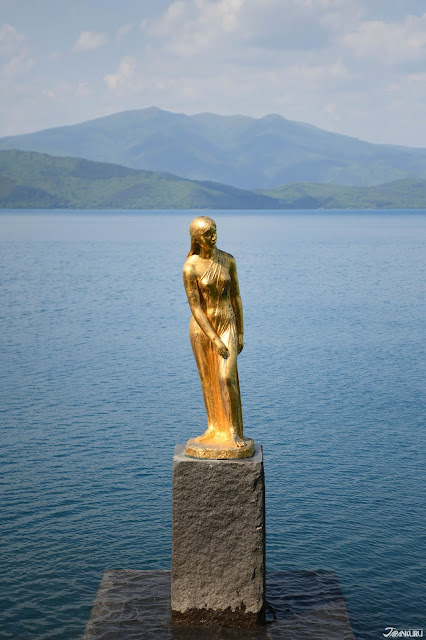 The most iconic spot at Lake Tazawa is the golden beauty,
the Statue of Tatsuko.
There is a myth that goes with it, and it is said that a beautiful woman named Tatsuko wished and prayed for her beauty to last eternally.
However ended up being cursed by the gods and turned into a dragon,
sinking into the lake below. 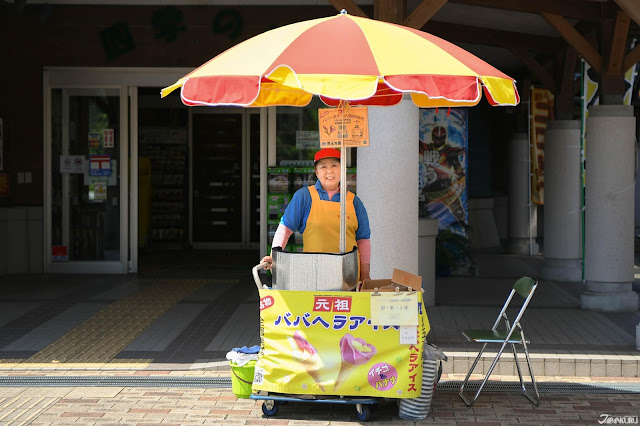 The Akita region has unique street food
that isn't easily found in other areas of Japan.
Here is an ice cream stall named "Baba Hera".
"Baba" means grandmother in Japanese,
and she uses a tool to spread ice cream called "hera".
It's a rare sight in Japan,
even Japanese people are surprised when this see this stall! 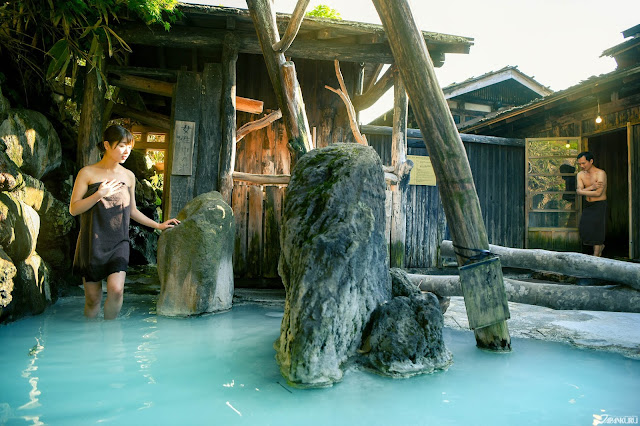 There are about 10 hot springs in the area,
and you can enjoy each hot spring water in 7 different accommodations.
Nyuto Onsen (乳頭温泉郷) is a rural hot spring resort in Towada-Hachimantai National Park  (in Semboku City, Akita) and consists of Japanese-style hot spring spas scattered around the base of Mount Nyuto.

Especially, "Tsurunoyu" (鶴の湯), a place inside Nyuto Hot Springs
where the hot springs baths aren't separated by sex!
Everyone bathes together!
It's something you can hardly find anymore in Japan.

Koiwai Farm (小岩井農場) is a private farm in Iwate
with loads of cows and sheep grazing on the vast fields,
horseback riding, butter, cow milking, and more.
There are many people who also come just to enjoy the lovely scenery.

A MUST though is trying the rich and creamy dairy products
that are made from the animals on the farm. 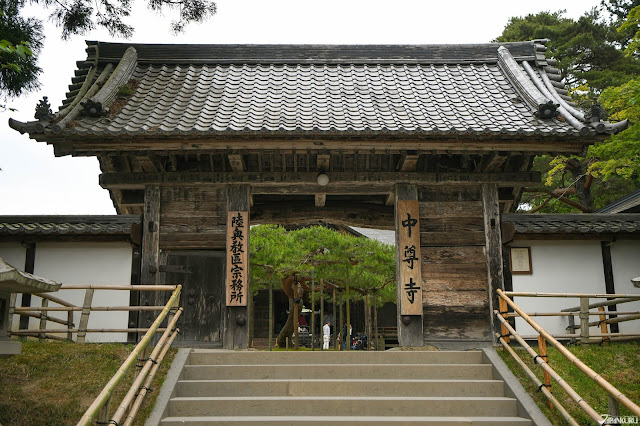 The next course from Koiwai Farm was Hiraizumi that's
located in the southern part of Iwate Prefecture.
Hiraizumi is connected with the fate of one of Japan's greatest heroes, the warrior Yoshitsune.
The Buddhist temples in the Hiraizumi area have remained an important part of Japanese culture and history.
Resulting in Hiraizumi and the temples
being listed as a World Heritage Site in 2011.

In particular, the temple called "Chusonji Temple" (中尊寺) was founded in 850, and Buddhist monuments are still preserved to this day, and it is said that a typical building style of Hiraizumi culture can be seen.

Although it is a theorizing temple, the forest road of about 1km is very magnificent and gives a godly feeling, so even if you are not interested in the temple, it is a place worth visiting. 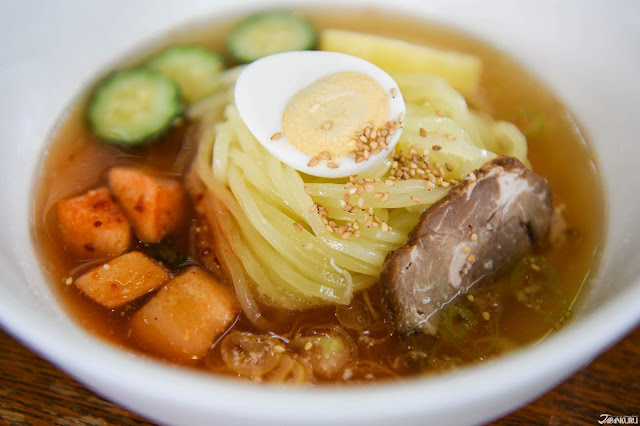 "Morioka reimen" is a type of cold noodle dish which was developed from a Korean noodle called Naengmyeon.
It's said to have been brought to Morioka City in 1954
by Teruto Aoki after migrating to Japan from North Korea.
Similar to the Korean version,
the Morioka version uses a light, non-spicy broth. 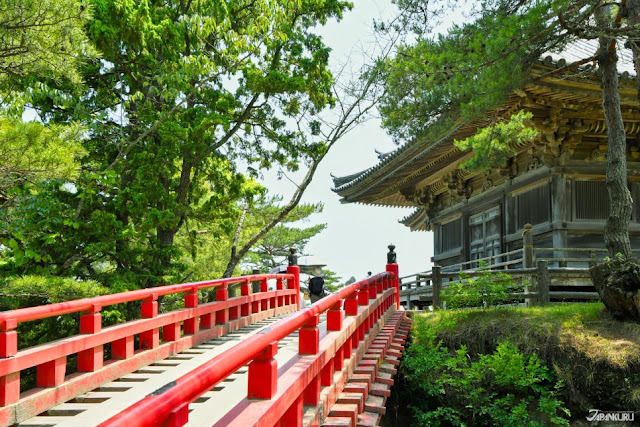 Godaido Temple (五大堂) is somewhat of a symbol
representing Matsushima that was first founded in 807,
and reconstructed by Japanese warlord Date Masamune in 1604.

Although the temple isn't huge or spectacular,
it's a charming place with red bridges that connect the land to Godaido.
It's designated a national cultural asset.
If you're lucky, you'll be able to attend a special ceremony
that is held once every 33yrs bringing out the 5 Buddhas of wisdom
kept inside the temple. 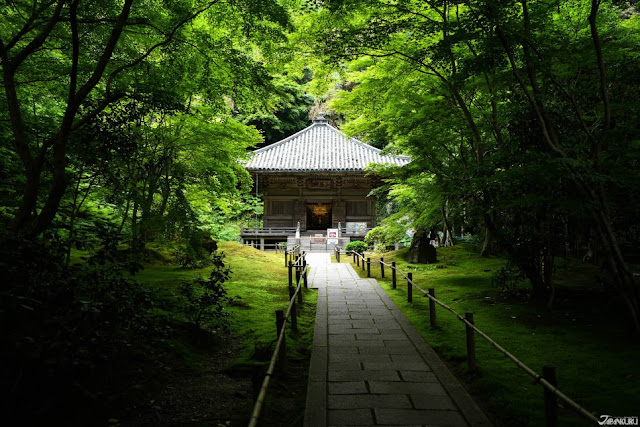 Entsu-in (円通院) is a temple to honor the grandchild of Date Masamune,
Japanese warlord and representative figure of the Sendai area.

One of the most famous features is the mausoleum decorated with Namban art motifs influencing the mission of contact with Europe during the Sengoku period roughly 400yrs ago.

The temple also has a Japanese garden attributed to Kobori Masakazu,
or Kobori Enshu (小堀 遠州). 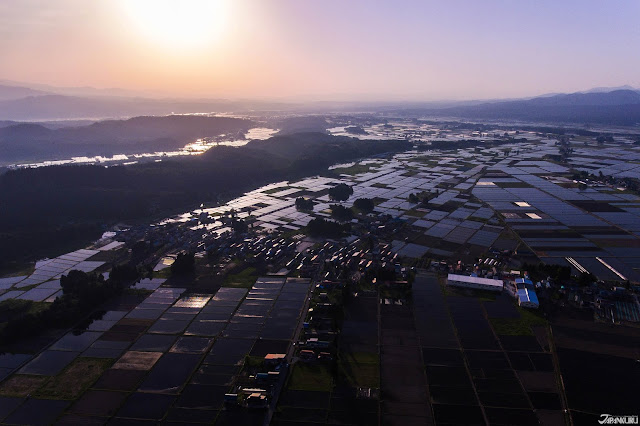 Our Tohoku region trip this time was a combination of
vast nature, food, and history.
It was fun being in an area where you can get a taste of local attractions
and sites that can't be enjoyed elsewhere.
We're really glad we rented a car to get around
because otherwise, we aren't sure we would have been able to see
the differences and charms of each prefecture in Tohoku
in such a short time.

Going by train is great!
But sometimes you just can't beat roadtrips💖🚙 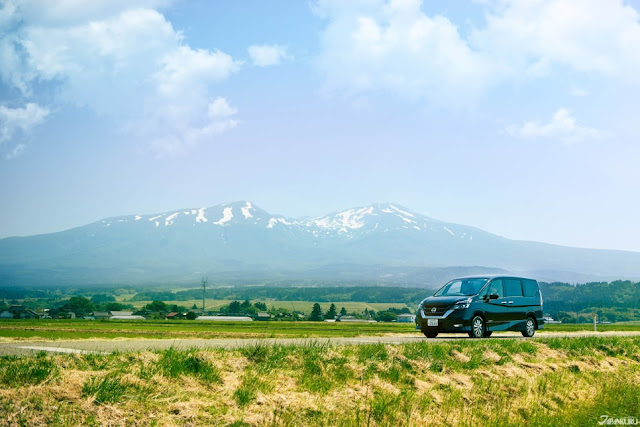