Bag Shopping in Omotesando | Agnes b. Japan● agnes b. Women's Bags at agnes b. Voyage Omotesando 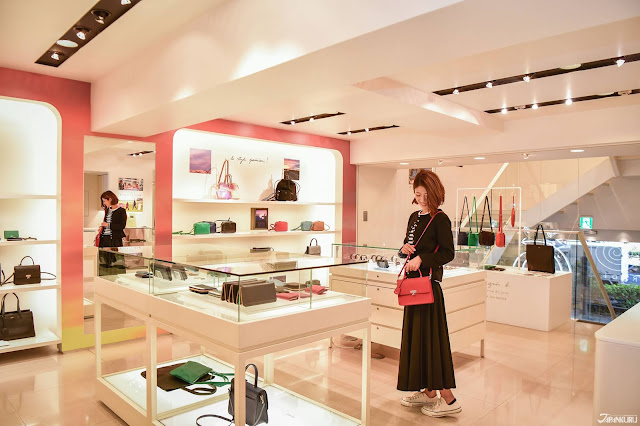 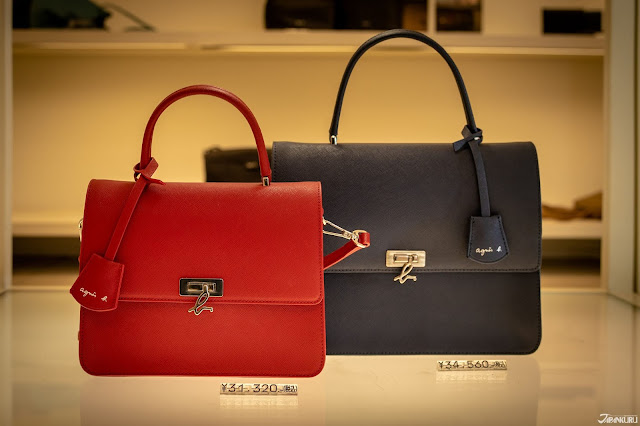 Harajuku and Omotesando are filled with shops just about everywhere you turn. Many know Harajuku for being the hub for Tokyo's most original fashion trends, but walk a little further and you will reach Omotesando. A completely different contrast to Harajuku, Omotesando has some of the most high-scale brand stores and restaurants along with a more calming atmosphere. Don't get us wrong, Ginza is Japan's New York Fifth Avenue, but Omotesando is easier to navigate and is filled with unique architecture making it our favorite of the two.

There are plenty of stores to walk in and out of in Omotesando, but this time JAPANKURU wanted to mention fashion brand store that is highly popular in Japan. Not only that, but the store is offering a special discount to those who show coupon. For more information read on!

About the Brand agnès b. 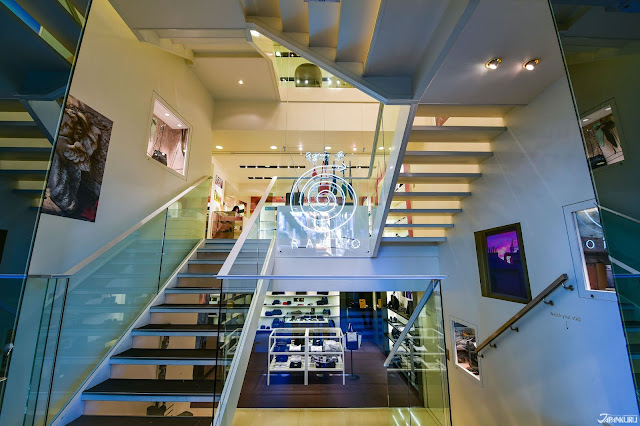 Along the fashionable Omotesando Dori (Omotesando Street) is the French apparel and accessory brand agnès b.. As fashion line, agnès b. primarily known for its subtle and chic collection that is said to inspirit the fashionable Parisian mindset. The designer is known for having stars like David Bowie wear her line, primarily because she is about not creating a brand but a clothing for the individual and their self-esteem. Only 9 years after opening the first store, the brand launched in Japan for the first time in 1984 in Aoyama.

The agnès b. VOYAGE Omotesando store opened recently these past few years and unlike the Aoyama store primarily has accessories such as bags and wallets. There are three floors separated by section. The top floor (2nd) has past season and a little more high-end lines. The first offers their newest items that follow more of the current trends. Then the bottom floor (B1) is primarily men's and casual items. The store is also has a wide variety of new and "only sold in Japan" limited goods.

A Wide Variety - Type of Bags Available at agnès b 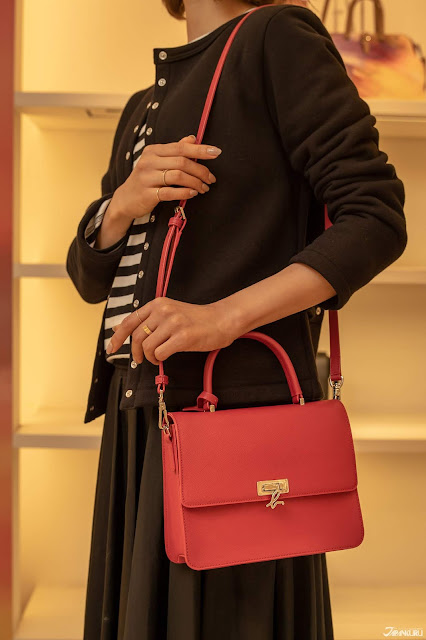 This handbag is a part of their originals with the metal b. latch. Its simplicity and classic look makes it easy to coordinate. What we love about this bag is it comes with a removable shoulder strap and its coding makes it difficult to get scratched. 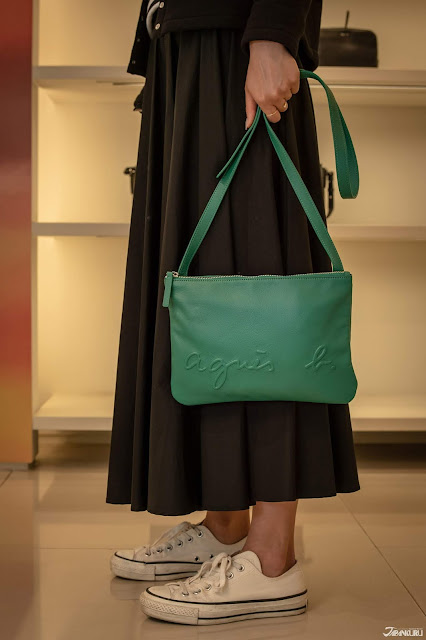 The embossed "agnès b." logo shoulder bag is more casual and has a soft and fluffy touch to it. Probably more suitable for casual outings and traveling. 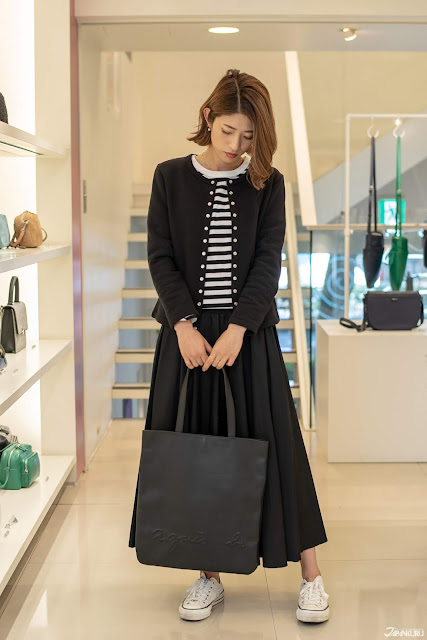 This bag is similar to the green shoulder bag with the embossed "agnès b." logo and plump feeling, except the bag itself is in tote bag form. It can store A4 size materials, leaving plenty of room to carry your necessities like documents and your laptop. 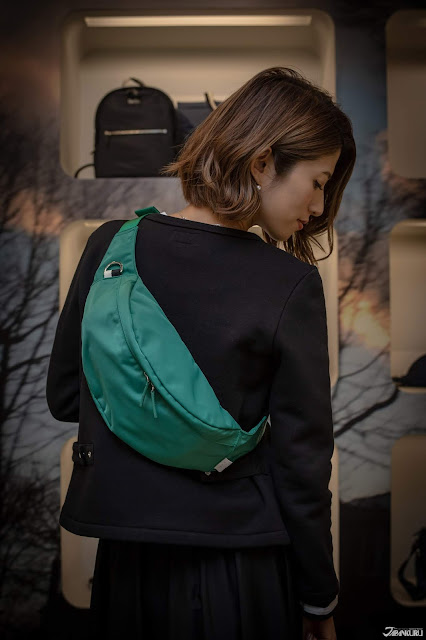 From the "les rayés" series this nylon waist bag can be worn in different ways. You may have noticed Japanese people wearing fanny packs but rather than wear them around their waste the put them around their shoulders like a satchel. This item takes you into popular Japanese fashion. 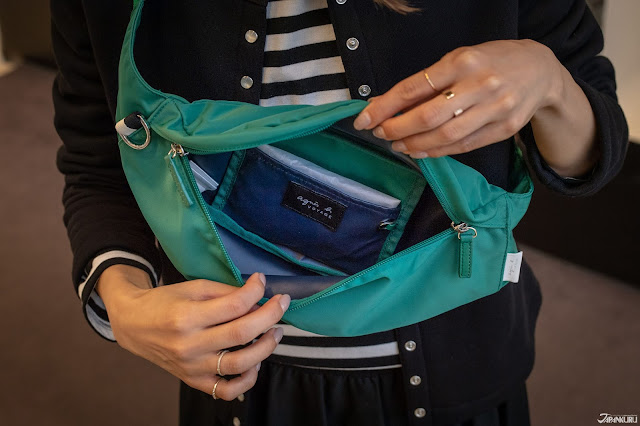 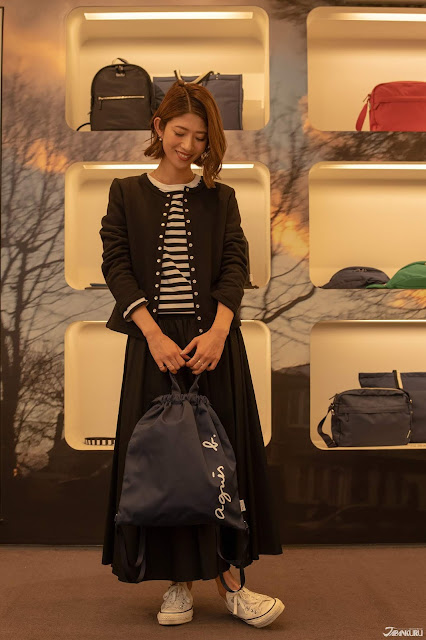 This more casual sporty backpack can be used for any sort of occasion. Along with the fanny pack, this 90's-esque with a large logo is another example of agnès b.'s simple yet high-quality design.

Similar to the tote bag above except the interior lining is a different color allowing you to enjoy two styles. Along with the interior, the handle has stripped design making it popular with those who want something more than a basic one-color style.

In traditional French fashion, mulled wine (or "vin chaud" meaning hot wine in French) will also be served at agnès b. VOYAGE Omotesando. For those that don't know about mulled wine, it is so much more than just wine that has been warmed. What is added varies from country to country, but normally cinnamon, sugar, and some fruit are added. Tokyo is finally getting colder, so having this warm pick me up will really hit the spot. You don't need to buy anything at agnès b. VOYAGE to enjoy, just get a glass and relax! 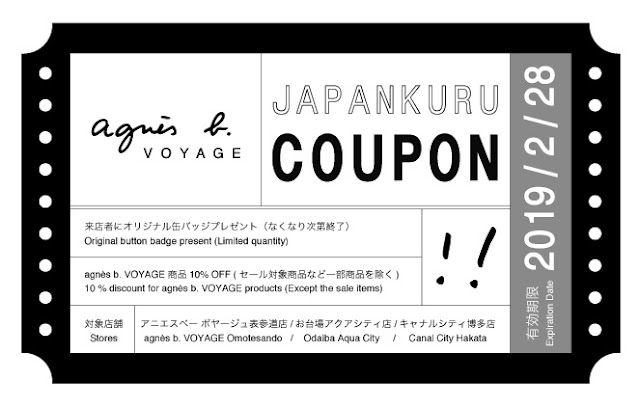 Agnès b. is also running a special campaign!!
Until February 28, 2019, if you show the coupon at their Omotesando, Odaiba, and Hakata (Fukuoka Prefecture) branches during check-out you will get 10% off agnès b.VOYAGE items as well as an original pin!
No need to print off the coupon, you can either show them the image from this article or take a screenshot of it and save it to your photos to show them. 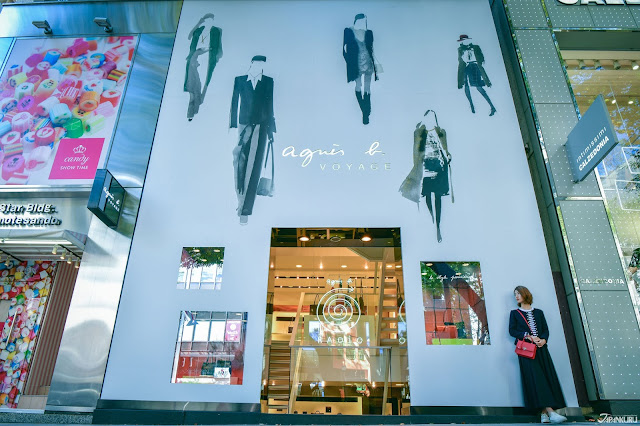