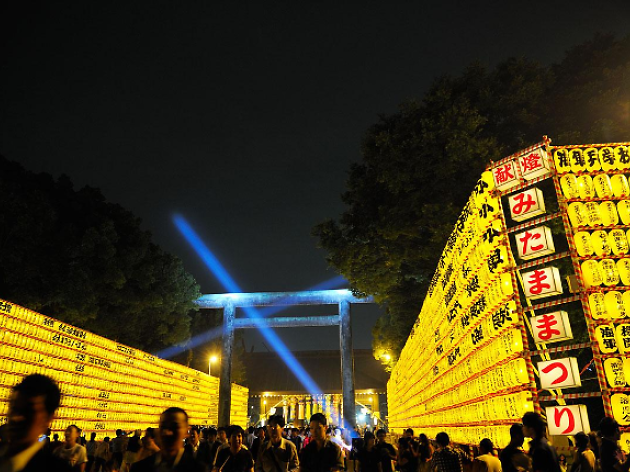 Japanese summers aren't the most enjoyable time for many.
It's humid, muggy, and not many men wear deodorant so crowded hot trains are something we don't look forward to.
HOWEVER!
On the bright side!
Japanese summers = Japanese festivals!!
Those, we love!
Japanese festivals really makes one forget how uncomfortable
summer is because you're just enjoying yourself so much.
We'll gladly take ANY distraction away from the humidity.

What's great about Japanese festivals is that there are so many,
some even similar to other prefectures.
However each prefecture might celebrate it differently
or have a slightly different meaning/purpose to the celebration.

With there being so many festivals, how could one possibly know which one to go to?
Well, the best answer to that is to go to all the Japanese festivals that you can!
We're aware that it isn't always that simple though.
July is summer vacation for many Westerners and others
around the world.
So when taking that into consideration, there's one
MUST SEE Japanese festival that takes place in the middle of July.
That festival is...
🎊🏮the Mitama Matsuri (Festival)🏮 🎊 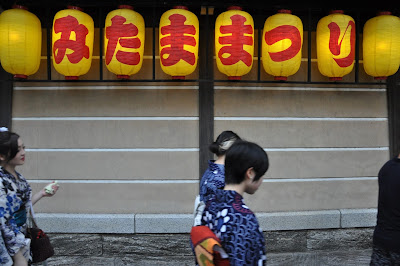 The Mitama Matsuri, or the Lantern Festival,
started in 1947 and is dedicated to those
who died defending Japan during wars/battles and is held in their honor.
Which makes sense that it would be held at the shrine Yasukuni.
Yasukuni Shrine has a very looong, and controversial history. For those who don't know, It was believed that if a Japanese soldier were to die in battle, his soul would forever rest at Yasukuni Shrine, which was (apparently) viewed as a great honor. These men, regardless of their rank or social standing, are considered to be completely equal and worshiped as venerable divinities of Yasukuni.
Which is said to be why the families of the dead soldiers weren't sad.
Japan doesn't have the cleanest war record, like many countries,
which is why having this shrine, celebrating the dead, is controversial.
However, we aren't here to talk about that!
We're here to talk about the festival!
While related and intertwined,
the festival doesn't give off that strong feeling.
It's more about roughly 30,000 chochin, or lanterns,
that illuminate along the main gate and all around Yasukuni Shrine. 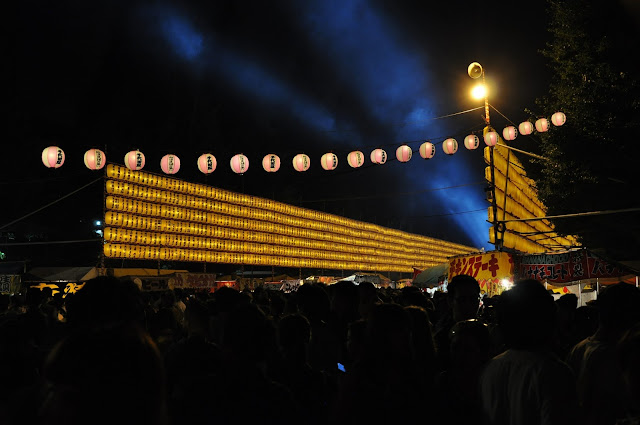 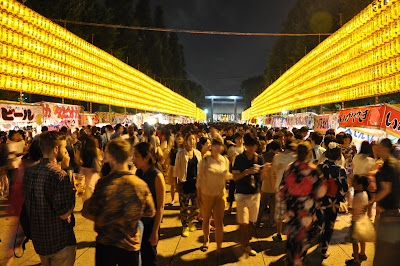 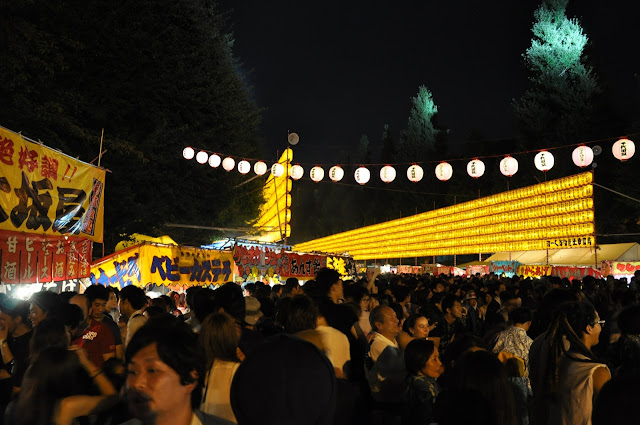 
✨We arrived a bit before 6pm✨
It was just starting to get dark, and even despite the light,
the lanterns were still gorgeous! 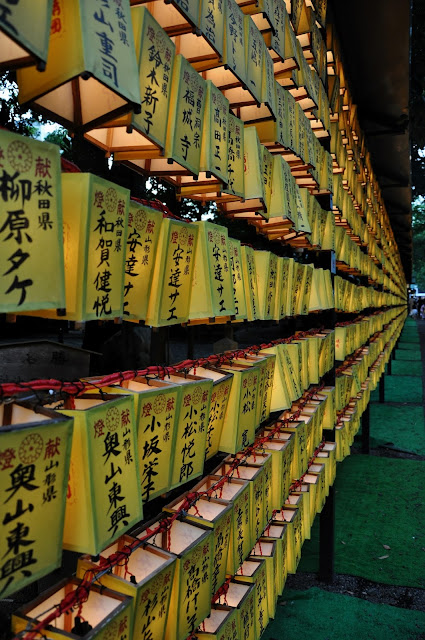 Do you see the writing on the lanterns? 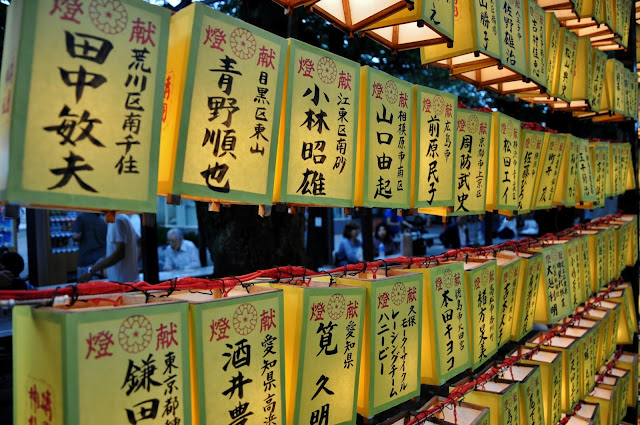 You have the opportunity buy your own lantern
and have it hung in celebration and respect for the dead.
There are two sizes you can choose from, small and big (above is the small).
Once you choose a size, a person who is a member of the shrine
writes down your name and where you're from
on the lantern with a calligraphy brush. 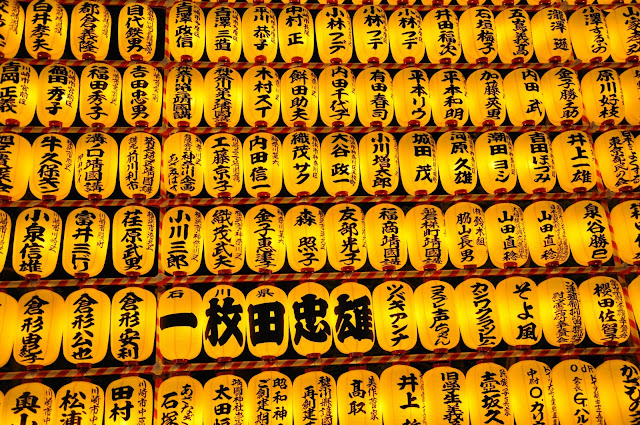 These are the large sized lanterns.
Both are so so beautiful!

Even if you don't buy a lantern,
you will have such a great time at the Mitama Festival!
By the Yasukuni Shrine Museum,
on the right hand side of the shrine, there was a lantern display.
They were a different, more intricate type of lanterns
from all over Japan. 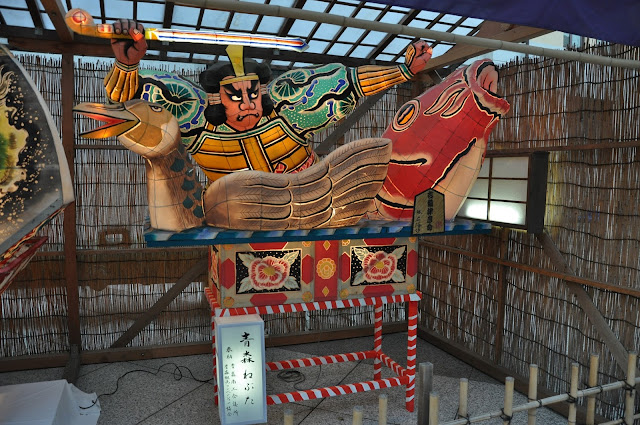 🏮This lantern is used at Aomori Prefectures
"Nebuta Festival" 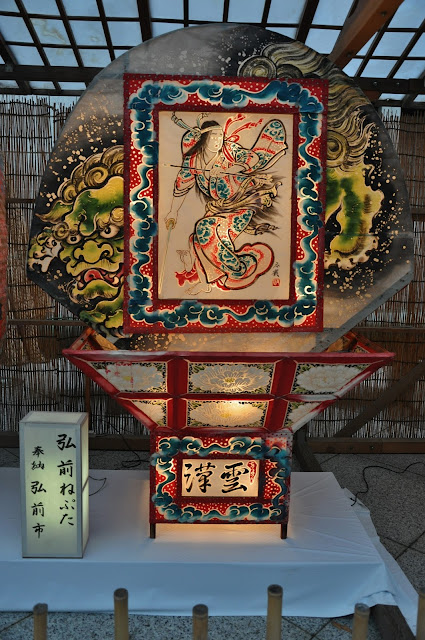 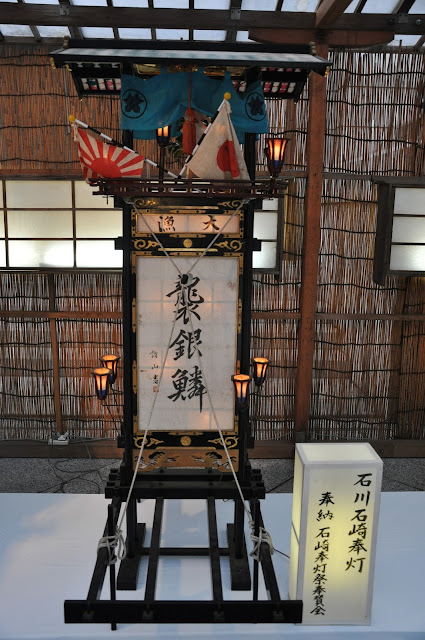 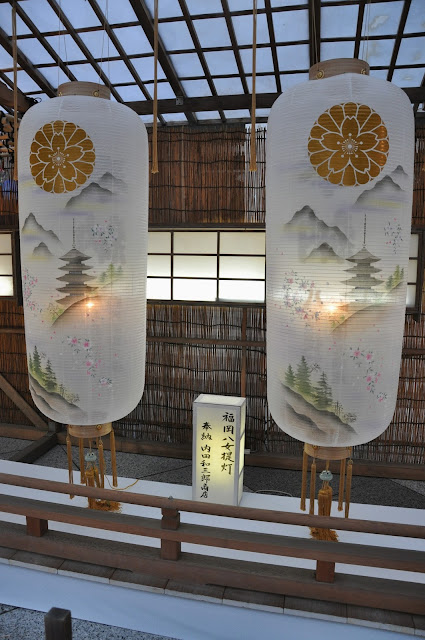 
Enjoying the lanterns is one thing,
another is the mysterious people in costume walking around. 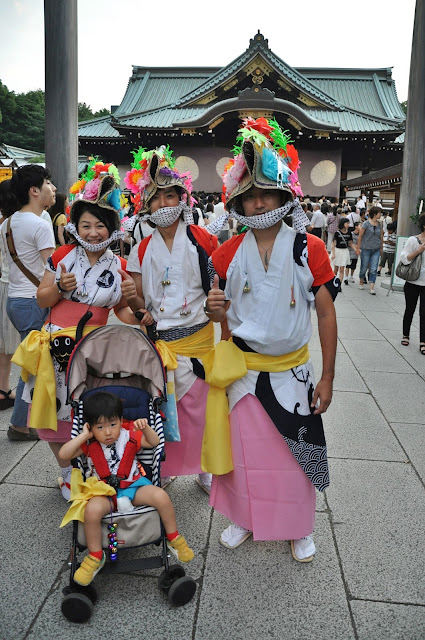 As night fell, we soon found out they were dancers! 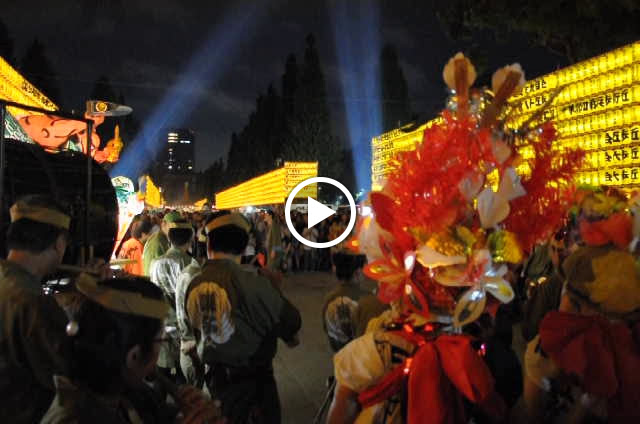 People dance and perform while others carry
a massive omikoshi  (portable shrine)! 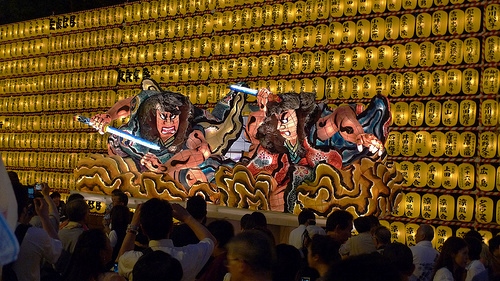 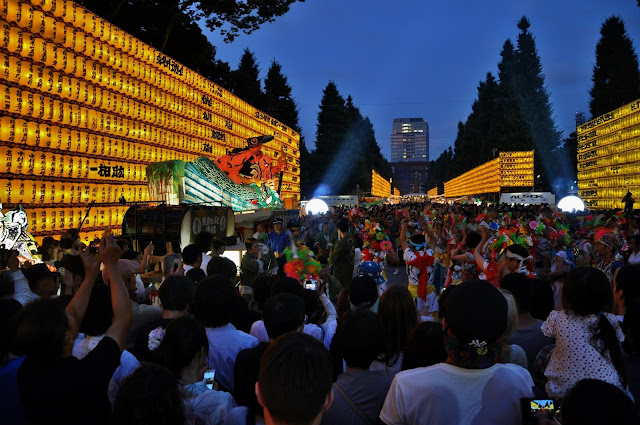 It's really beautiful!
There's electricity all around (literally!)!
Something that makes Mitama Festival different
is that there aren't the traditional food and drink stands
like at most other festivals.

When we went, there were only a few random stands outside of the shrine,
and none of them served alcohol.
You are to eat and drink outside of the shrine area.
Which makes sense when you think about it.
Once it gets darker, Mitama Festival really does get crowded.
So it's probably better anyways.


There is a big famous statue in the middle of the Yasukuni Shrine walkway.
Around there was also an event of it's own! 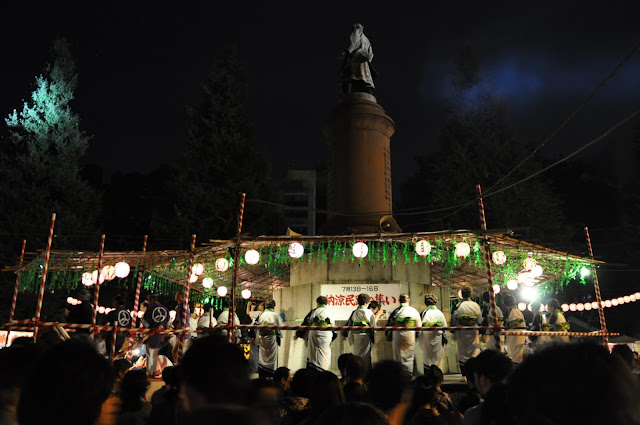 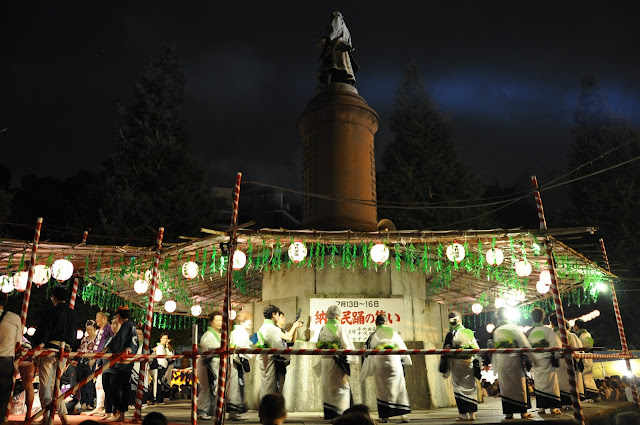 There were elderly women and men dancing around the statue!
The audience around also joined along!


We got there around 5:30,
and it was perfect for taking pictures
and not worrying about a massive crowd.
Once the lanterns turn on, you will be ready to go!
It's really beautiful with the sunset sky,
gradually getting darker
as the lanterns get brighter.
It really is like day and night🌕 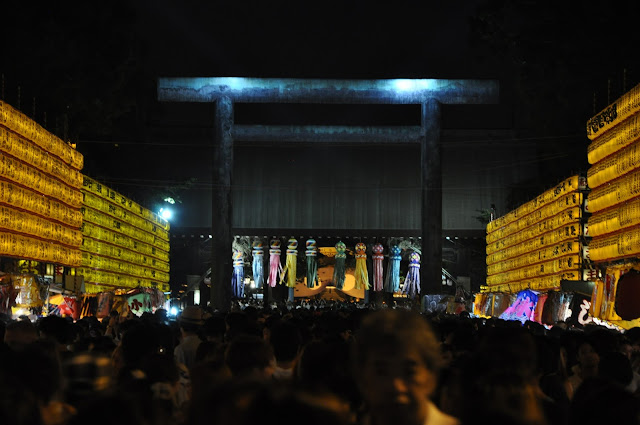 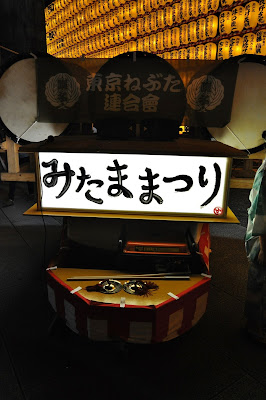