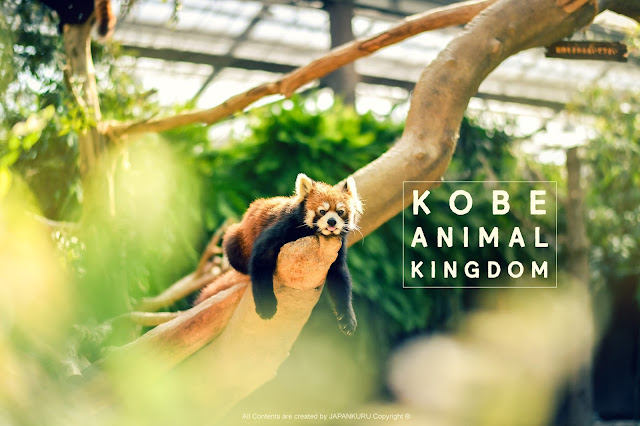 A Wonderful Warm Day at the Zoo! 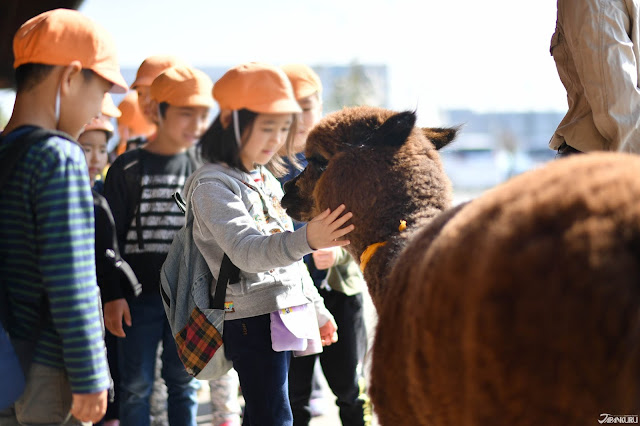 It's many child's dream to go to the zoo and interact with the animals.
Even as grownups it's something we'd love to do.
It wasn't until we went to Kobe Animal Kingdom
that getting up close to exotic zoo animals was something only in our dreams. 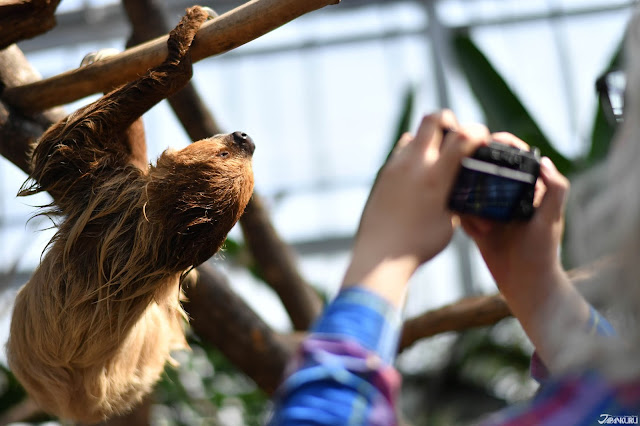 Among the approximate 160 zoos in Japan,
JAPANKURU wanted to introduce the zoo in Japan that not only lets
you get familiar with animals,
but really shows its care for the wellbeing of the animals.
If you have ever been to a zoo in Japan,
you'll understand what we mean when we say
many zoos in Japan are pretty small and for entertainment purposes,
they try to cram as many animals in the small area as possible.
Resulting in animals just looking stressed up and confided.
Not saying the other zoos in Japan don't care about the animals,
it just gets depressing after awhile.
However, while inside Kobe Animal Kingdom
you could almost sense the happiness and love on both sides.
It was unlike any zoo we've ever been to.
It truly is a kingdom of animals,
with more than 100 species of animals
ranging from animals we are familiar with like small dogs,
to large reptiles, birds, and other mysterious animals
that may not be at your city zoo. 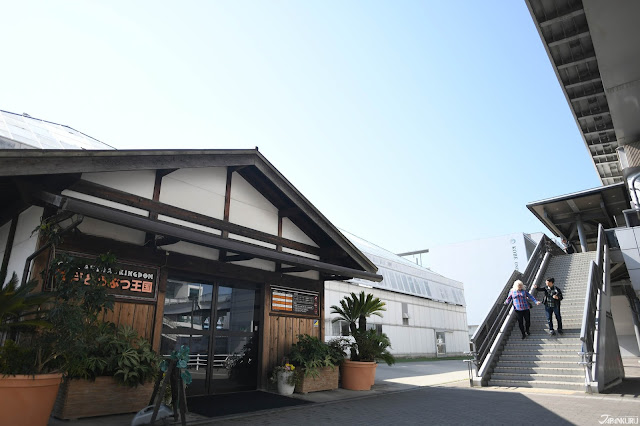 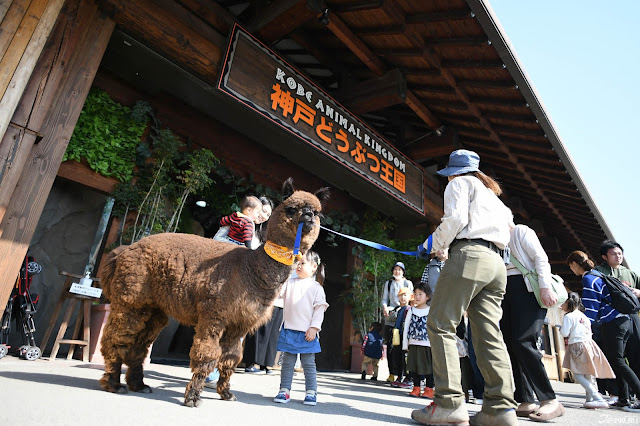 The Kobe Animal Kingdom is a large animal park more or less
where you can interact with many different animals, birds, and even flowers.
The giant greenhouse style building is a multi-weather facility
where you can have a great time regardless of the weather!
The attraction of Kobe Animal Kingdom is the beautiful flowers,
rare birds, and other cute animals are walking around freely💖
Which means it's possible you can pet or
interact with an animal you never have before!

There are more than a dozen different areas to explore,
but here we wanted to just go over a few highlights
within each of the areas.

The first thing that sparked our attention was the binturong,
also known as bearcat from South/Southeast Asia.
At first, we didn't know what to think about it
with its long whiskers, small head, long nails, and monkey-like tail.
But once we saw them walking around the tall branches
and talking we started to think they were pretty cute.


God do we love red pandas!!!!!!
Can't get enough of them!!!
If only we could take one home!!!
The red pandas here have the trademark
of always having their tongues sticking out,
made us think it was a sign of being hot.
They moved about quickly though so it may just be their character.
All of the red pandas we've ever seen have small legs,
so we were surprised by how long these lil legs were. 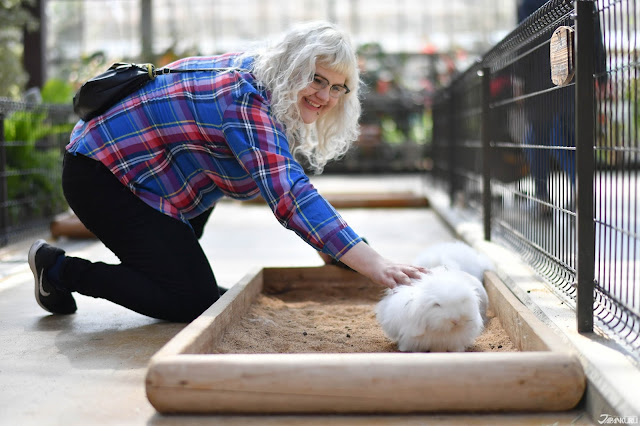 Inside the Contact Animal caged area are lil bunnies
hopping around everywhere along with guinea pigs. 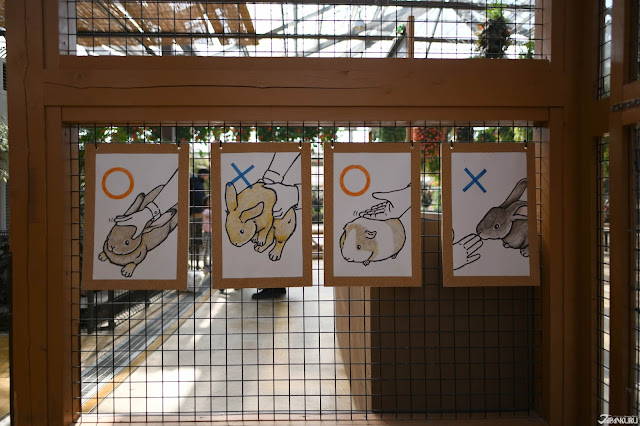 We couldn't really understand why there would be guinea pigs in a zoo,
but then we saw how much fun the kits were having petting and feeding them
and it made a bit of sense.
In the West, it isn't uncommon to have guinea pigs as a pet,
but it is here.

You can even feed capybara!
As you might have guessed, capybara are herbivores.
So you can buy leaves for 100yen to give the capybara as they walk around
and/or bathe freely.

In Aqua Valley, there are capybara, tortoises, and mara roaming around.
You can give the leaves to either/both the capybara and mara,
or give carrots to the tortoises.

If the mara sees you have food to give out though,
they will come right for you! ^-^

their trainers on command giving the audience an up-close look. 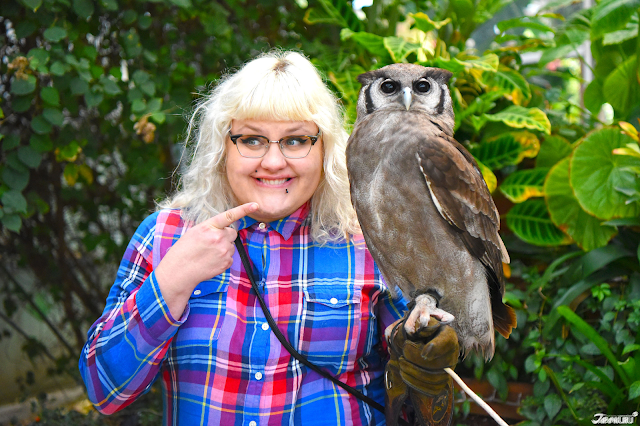 After the show,
you can line up to get your picture taken with a beautiful owl for 500yen🦉

Walk into the African Wetland and you'll see all sorts of exotic birds
flying and walking around.

Take the shoebill for example.
The first time we saw this bird we thought it could rip our faces off...
and apparently, we weren't too far off.
The shoebill isn't known for being timid to the point they will look you
directly in the eye and they also decapitate its prey.
Despite not looking like a very big bird,
they really become massive once they stretch out their beautiful big wings.
If you are able to get a picture of it with its wings open,
we recommend you take one!
There are also cute little lemurs that get to jump around freely.
There's a talk show daily and unfortunately,
you aren't allowed to touch the lemurs
but you can get up close and take their pictures!
🐒Ring-tailed Lemur Study Talk: noon, 1:30pm, 3:30pm

Never in our lives have we seen a sloth before.
For about 5minutes while we were in the Tropical Forest
the sloth never moved,
it stayed with its bottom in the water.
Then suddenly....it took flights⇩

If you buy snacks for the birds,
a bird will fly right to you and eat the snacks!!!
It can be a bit scary with their big, long beaks
but in reality, it was very fun and sweet. 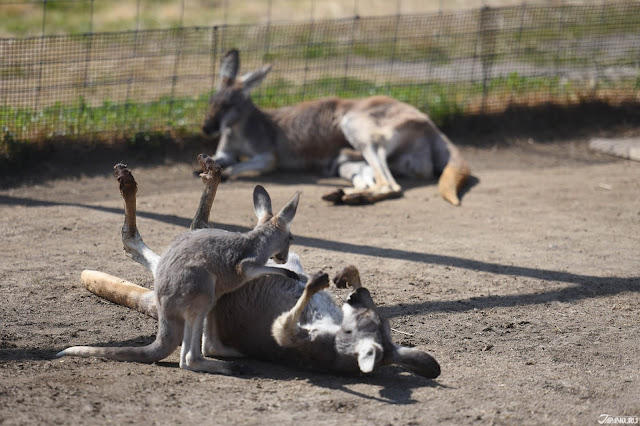 Heading outdoors, we found kangaroos, alpacas, sheep, goats,
horses and a camel soaking up some sunlight.

You can of course feed the alpaca and sheep for 100yen,
and pet them and the camel,
just be careful of spitting!

The outside area is set up sort of as an New Zealand & Australian area
(they have flags all around haha).
That is because they hold New Zealand farm show with sheep dogs. 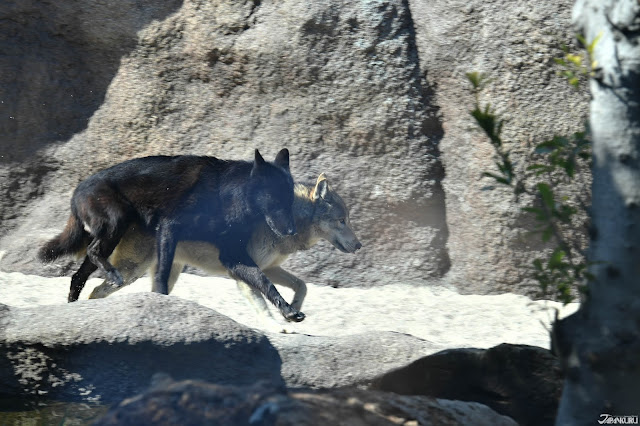 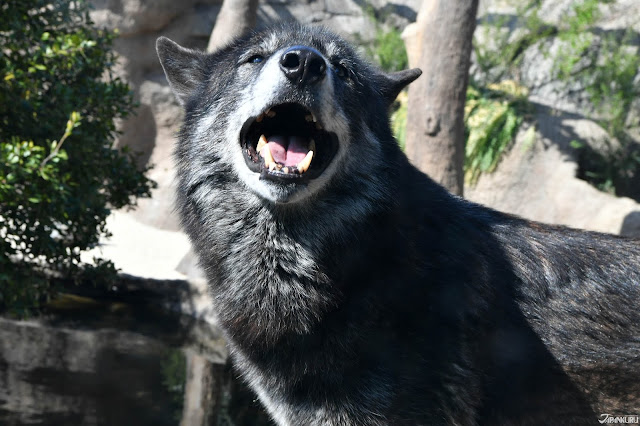 We tried to figure out who was the leader but couldn't,
mostly because they were all running around equally all over the place
not really following any lead.
The zookeepers said they got them from a different zoo
and were so happy how quickly they adjusted. 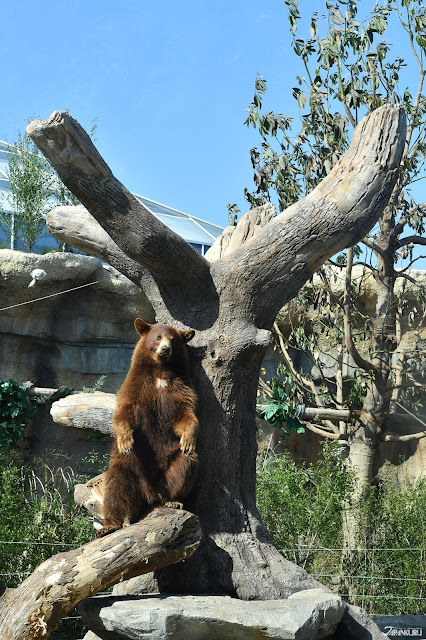 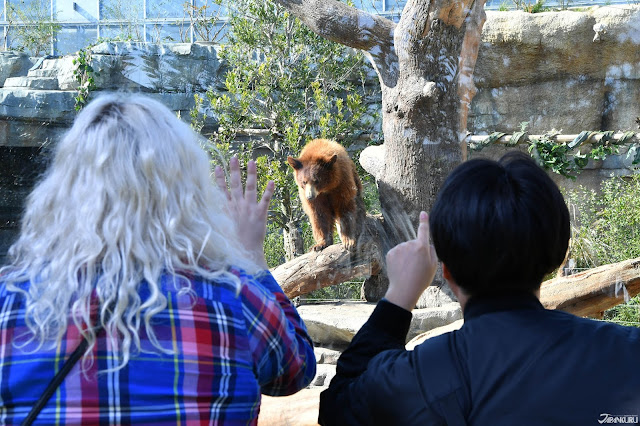 There were 2 of these cuties and apparently they love playing with people
and will put their paw on the window with you.
They didn't do it for us but if you go maybe you'll get lucky
and have a lil connection💖

There are also beautiful cougars, eagles, beavers, and prairie dogs
within the Rocky Valley area.

When you're ready for a break,
a buffet lunch is served in the Flower Forest restaurant
where you are surrounded by greenery and flowers.
You can also just grab a snack or drink in the cafe that's also there. 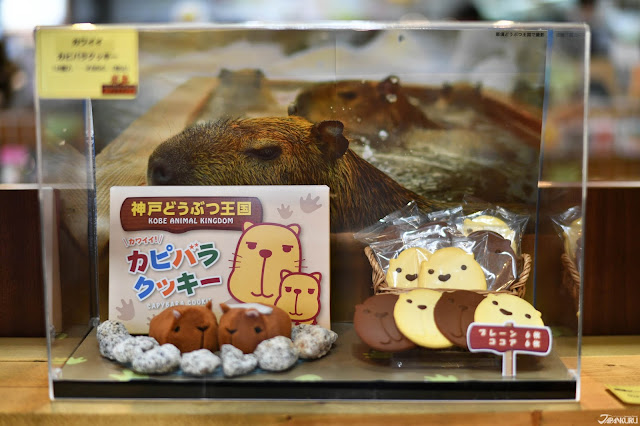 Not sure why,
but capybara are very popular in Japan.
When asked what was one of the most popular food souvenirs,
the staff told us these capybara cookies are probably the most sold.

We wanted to know more about nonfood souvenirs though,
and we were directed to these cuties!
Kobe Animal Kingdom considers the red panda and lemer
(along with their shoebill bird) sort of the representation animals of the zoo.
So you will be sure to find LOTS of animal friends here! 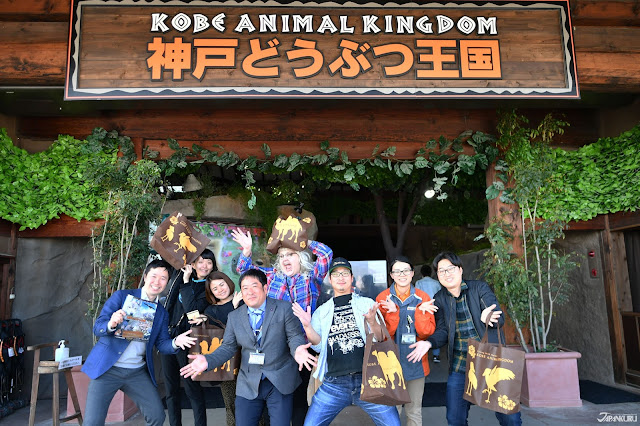